The Trap of the (Returning) Childhood ‘Sweetheart’ Part 1 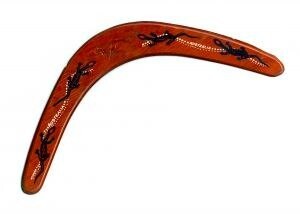 Last year, I got a lot of emails from and spoke with a number of women who had fallen prey to the fairy tale of a man from their distant past returning like a breath of fresh air into their lives, only for him to turn into a complete and utter nightmare.

Now, whilst some may think I’m a cynical bitch for saying this, I’m going to say it anyway:

Whilst there are lovely, warm stories of people reuniting with their childhood sweethearts after spending a significant period of time apart, overcoming obstacles, other loves, and all that jazz, they are few and far between, especially with the poor modern day dating habits that many people have. Instead, The (Returning) Childhood Sweetheart tends to be a Mr Unavailable or assclown in disguise…

There are a few things that tend to spell trouble when these clowns appear on the horizon:

How they contacted you: Almost every time, I heard barely plausible tales about how the guy just happened to look up the woman online, school yearbook, blah blah blah, and it just happens to be when they are newly separated/divorced/ripe for a cheating session/gagging for an ego stroke/looking at themselves in the mirror and suddenly having a panic that they may not be ‘all that’. The thing is, ordinarily, a man who is recently separated, divorced, looking to cheat, gagging for an ego stroke, or in the middle of a mid life crisis doesn’t make a great candidate for a relationship and is likely to pose issues for a committed relationship where he’s emotionally unavailable. The fact that he’s from your past does not erase these glaring red flags – in fact, they enhance them.

Why they contacted you: When you fan away the hot air and them blowing smoke up your arse telling you about how they’ve thought of you often, have been hunting you down for years, have missed you so much, there’s actually something more than a little weird about being contacted by a man from your very distant past, especially if the memories aren’t actually as wonderful as they claim but we’ll come to that. Unfortunately women think ‘OMG! This is like something out of a movie’ and before you can say ‘Er, check that he’s not an assclown’, you’re off fantasising and betting on potential.

He’s thought of you often – Was this whilst he was shagging his wife and creating four children? What’s he trying to say? That he made some poor choices and when he thought about who he could turn to first, he thought of you? Why?

He thinks “I’m separated, I’m scared, and I need somebody who won’t see what an assclown I am…Oh, I’ll look up [insert your name]. She’ll be a great gap filler that will help me get over my ex…”

You think “He’s separated and he’s taken the first chance he has to get in touch with me because he has been carrying a serious torch for me all of these years. His marriage hasn’t worked out because he knew who he really loved deep down and realised he’d made a massive mistake. She sounds like she was soooo wrong for him anyway…”

This is the big question that women who let a man from their past back into their lives fail to ask themselves:

Why, when he decided to turn to someone, did he choose to turn to me?

Is it really because he never did get over me and we are destined to be together? Or, is there something about his memory of me, his perception of me, that let’s him think that I am an ideal candidate for whatever bullsh*t, rinky dinky behaviour he has in mind?

In fact, what does he remember? What do you remember?: This is another key problem when one of these ‘relationships’ start. More often than not, he doesn’t see you as Debbie 2009 – he sees you as Debbie, from 1992 who hung off his every word, waited for him to call, and was devastated when he ditched you for that bitch [insert name of choice]. You’re just as guilty of the same thing.

Depending on how your relationship ended but also what you both ‘had’ together, you both represent to each other, something youthful from the past that conjures up a feeling that works for you both.

If you’ve had a series of poor relationships, he may represent a time in your life which you don’t feel is blighted by so many assclowns.

In fact, even if he was an assclown at the time, the danger is that he may represent an opportunity to right the wrongs of your past, almost in a wipe-the-slate clean kind of way, because if you can ‘get him’ after all this time and everything that has happened, it will validate things within you that you feel many men have invalidated and don’t feel you can validate yourself.

This is just like the typical Mr Unavailable and the Fallback Girl relationship where these guys become an opportunity to prove that you can change him and win him.

Much like when we become obsessed with focusing on what he was like in the ‘beginning’ and using that as a yardstick to bet on potential and determine what he’s capable (more like incapable of), if you are a woman with poor relationship habits and/or low self-esteem, you will be ill-equipped to deal with this situation because you will focus on a beginning, a fantasy that started long ago, rather than seeing him in the real light of today.

One of the big traps for women is not seeing the wood for the trees – we’ll go on and on about how great he was in the beginning, but refuse to acknowledge that he actually hasn’t consistently been this person for the majority of the relationship, so the beginning doesn’t actually matter.

In every single tale I have heard and read, these men, like ordinary Mr Unavailables and assclowns, exhibited huge red flags, but these were ignored because of the perception that these women had of these men, the automatic feeling of trust that was often given purely on the basis of having a previous history (even if it was bad), and the idea that this guy represented their dreams coming true…when in fact, it was closer to a living nightmare.

Don’t forget, easy as you may feel it is to attach the glow of love to this scenario, think back to other exes that have magically materialised and ask yourself if they meant you any good? As every woman who has been on the receiving end of a boomerang relationship and been a Yo-Yo Girl or general Fallback Girl can testify to, the truth is, it doesn’t spell anything good.

Back with part 2 in a couple of days.

You Can Be in Love On Your Own...But a Mutual Relationship Takes Two
When Mr Unavailables and Assclowns Drip-feed You Info Part Three
Relationship Advice: I didn't know that I was the Other Woman. Help!