The Truth About Porkies: Are you comfortable with being lied to? 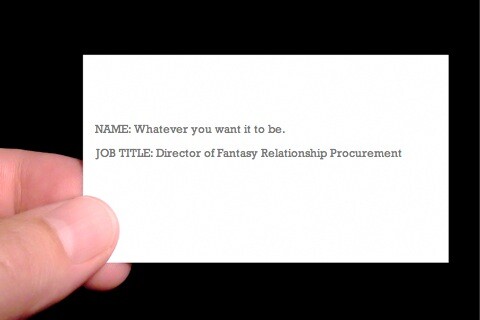 Recently, BR reader Magnolia shared a lengthy quote on lying from which the first line stuck out for me“As soon as there is any kind of deception, stop everything.” (source: Boundaries in Dating) Experience has taught me and so many others, that when you’re eager to date at any cost, you don’t trust yourself, and you’re actually willing to participate in an unhealthy relationship, you don’t stop everything – you continue.

What this immediately communicates is that you’re very receptive to lies, which may shock you if you consider yourself to be a very honest person. It’s important to remember though, that honesty isn’t just about saying that you’re an honest person or believing you’re a beacon of goodness while hanging out with a shady crowd and putting yourself on an honesty pedestal.

Honesty involves being prepared to hear and say things that make you uncomfortable, with respect. It also includes respecting reality.

Lying and our acceptance of it from others is about our own moral compass and where we are on the scale of acceptance of reality. When we accept lies, on some level we recognise we’re telling a few porkies of our own.

A lie is a deliberately false statement.

There is a tendency for us to become preoccupied with ‘intention’ in relationships but if your relationship and any perceptions you have about it is based on illusions, fantasy, denial, excuses etc, the whole situation is founded on a mistaken impression.


Intention is all about acting with conscious purpose. We can always rationalise that it wasn’t our (or their) intention to lie or that we’ve even lied with ‘good intentions’, but sometimes that’s a lie too.

The reason why liars can convince is because they insert a smattering of truth to make the lie plausible.

When you’re receptive to a lie, it’s plausible because it makes your own illusions plausible. The smattering of truth may also only be true when it suits the context of your illusions.

Example: They tell you a lie about how busy they are, pressure yada yada yada as to why they’ve been unavailable.

They have been busy (possibly) although they may be busy doing someone else or living up their backside, but it’s not the reason why they’re treating you as they are. It’s plausible however, because some of the busyness may be real but also because accepting the lie means that the illusion that they care and that this relationship is going somewhere can continue.

Lies are like weeds – let one in, more will grow. Admittedly also similar with rats and cockroaches…

What would you do if you had started dating someone and discovered that they’d been lying to you? Would you stay? Or would you go? Just so you know, this is false representation. Now don’t get me wrong, I appreciate that sometimes people panic, feel nervous, insecure or whatever, however what you immediately learn, especially if it’s more than one lie, is that they lie when under pressure or fearing being out of control, and more importantly, they don’t seem to think you have a right to make choices under honest conditions.

If someone told you they were going to be and do certain things and it didn’t come to pass, what would you do? Hang around and act like a bailiff collecting on a fantasy debt? Or force your feet back into reality and opt out? Talking up a future to gain an advantage in the present is Future Faking. If they put some intense action behind it, it’s also Fast Forwarding.

What would you do if someone lied, ‘confessed’ to ‘all’ the lies, then later down the line you discover that there’s more lies? Would you wait for the next dripfeed? Or would you bounce them and exit back to reality?

If you don’t exit on immediate recognition of dripfeeding, it’s like giving someone the controls to your life to paint your reality for you and then they keep changing the ‘set’ with each new revelation.

If someone told you that they lied to you because you might not have gone out with them, or you’d have left, what would you do? Rationalise it and even feel flattered? Or feel duped and even violated? When you’re lied to, so that you’re prevented from making honest decisions, it’s obtaining goods by deception.

What would you do if someone said something to you that you recognised as being untrue? Would you recognise what this means, process it, and apply it into your action? Or would you play Columbo investigating the crap out of them or even worse, investigating yourself for reasons to blame you?

When someone says something to you that’s untrue and you know it, either because it’s all or partially untrue (that’s enough), this is mind f•ckery, especially if they deny it, which is gaslighting. It’s use of The Outrageous Principle. This relies on the recipient of the lie having their own issues with honesty – lack of self-esteem and self-trust means that you quickly offload what you know to be true, to accept their lie so that you can proceed.

They (the liar ) need to have an almost steely confidence and lack a moral code, empathy, or remorse unless…they suddenly need to take the high road for themselves.The lie is so blatant, you suddenly think maybe it’s not a lie especially if lying so callously is something you feel that you wouldn’t do. It’s either accept the lie and realise they’re dangerous, or…lie to yourself.

Now I could go in deep on this whole lying thing, but let’s stick with the topline data:

If you accept lies in your relationship that actually change the truth of what you can assume and expect about your relationship, you basically believe that there are good reasons to lie and to even be deceived. You may even see it as a sign of ‘love’ and them being so enamoured with you, they didn’t want to risk you being in reality….

It’s time to ask yourself the crucial question: How desperate are you? Particularly if it’s a new relationship (you’re in the discovery phase anyway), what kind of frickin’ potential are you seeing in someone who is getting to know you with lies? It’s a fast slide down a slippery slope – how many excuses and lies you’re willing to put up with directly correlates to how deep you’ll get into an unhealthy or even abusive relationship.

Lies are a stop, look, listen and do not proceed until fully rectified. And/or opt out. If it’s early in the relationship or there are other examples of boundary busting behaviour, do not fear pressing your flush handle.

Particularly after you recognise that one or both of you are lying and you don’t seek to immediately rectify the situation by reconciling the lie with the truth, taking responsibility, and moving into a position of honesty – one that respects the truth – it’s game over, no credits.

There’s nowhere to go because lies on top of lies on top of more lies and beyond, just digs you further into the ‘lie hole’. As it wasn’t nipped in the bud so that your relationship could be put onto a level footing, neither of you can truly trust in yourselves or the other that the truth is now ‘out there’ between you and that you’re not lying about about the fact that you’re now being honest, or even lying to yourselves. If you’ve ever been around someone who doesn’t have a realistic vision of themselves, they can actually be very convinced of their own lies so even if you decide to stick to facts, you’ll become surplus to requirements because you’re a reality check.

It’s better to start fresh and accept no lies from yourself or others – then you know exactly where you are.

Your thoughts? (Not porkies obviously…hehe)

Take The Hint of Someone's Disrespectful Behaviour & Stop Being So 'Nice' About It
Podcast Ep. 214: We Don't Need To Put So Much Bandwidth Into Keeping Up Appearances
Do you have Dater's Block?