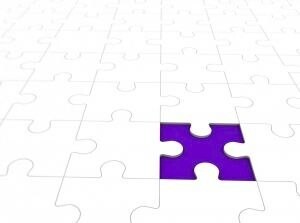 In this 3 part post, I want to spend a little time discussing the issue of us, as women, being focused on our appearance because it’s something that frequently gets mentioned in the comments and emails from readers. I thought that the best way to kick things off was to give you 10 key things to think about, of which the first 5 are in this post:

1) If you trade on your looks and sex appeal with men, it is you who is setting your value, not them.

Yes there are men out there that are looks fixated and you know what? You don’t need a man like that in your life because it’s not his intention to be satisfied or happy. But actually, many men are not fixated on looks and this is highlighted when we see men with women who we deem less attractive than us and wonder what the hell is going on. Likewise, I see many comments and get emails from women who claim that they are better looking/sexier than the woman who their ex is with, which in itself suggests that they are looks focused.

There is no denying that we are living in a material world, but on the appearance front, I have to say that we are just as guilty as men, and actually, as women we are perpetuating the perception that everything is about looks. We have to be careful of spending our relationships telling the guy that we are not happy with our appearance or telling him that we expect him to run off with a new and improved model. It’s not attractive.

If you place too high a value in your appearance, you’re saying ‘I think that my appearance is what I have to offer of value’ or ‘Because my appearance is not what I think that you think it should be, I don’t think I have enough to be attractive to a man’ and we tend to let how we think and feel about ourselves dictate our relationship style and who we choose, so yes, you end up setting your value. Next thing you know, you find yourself overcompensating in other areas and trying to overplease a man that has no business being given the time of day by you…

2) By placing an emphasis on your appearance, you also dictate the type of men that you are likely to desire, attract, or appeal to; men that are shallow and fickle.

We get what we put out and if you treat your looks like your currency, you will find yourself around men who will actually exacerbate the insecurity that comes with the territory. We choose men who reflect the things that we believe about ourselves and appearance focused women tend to have a lot of insecurities and other negativity’s that they mask with their looks.

You can’t place much value in your character and you certainly can’t believe that you bring much to the relationship, because if you did, looks would not be your main concern. In turn, this means that in attracting shallow, fickle men we create a self-fulfilling prophecy where they cater to our fears and we get insecure about whether or not they’re going to stick around. We know we’ve either chosen a man who is shallow or we’re so entrenched with the pattern that we fail to recognise when a guy is interested in us as an entity.

Looks are like an easy stoop for us to reach to when a man withdraws his interest but unless you are with incredibly superficial assclowns, if you have a pattern of poor relationships, or lack of relationship success, it’ll come down to more than your looks as to why it’s happening.

If you don’t want to find yourself being insecure about your looks, don’t spend your time around superficial men, and don’t make your looks a focal point. There is nothing wrong with wanting to look good but if you want men of substance and you want to be treated ad regarded as someone of substance, you need to focus on substance.

Likewise, be careful of believing that your sex appeal is your magnet because you will use sex or attention about your appearance for your interactions, and the next thing you know your knickers are hanging off the lampshade and you’re wondering why you feel so empty…. Or you feel like you have to be some sort of sexual animal to keep men interested. You then start thinking about building a relationship with them but because the only currency you’ve traded on is your looks and sex appeal, you’ve set the stage for your ‘relationship’ and it becomes relegated to a sex thing.

3) If looks were the key factor in drawing men in and keeping them, how to get a man would be an open and shut case.

Think about it. If you’re in your forties, when you were in your twenties you probably deemed yourself to be ‘hotter’ with plenty of sex appeal, and yet, you were miserable. Surely in all that time, if it came down to poundage or looks, you could have changed that by now. Really, it’s a bit like washing the windows and giving the exterior of the house a lick of paint, but it doesn’t change what’s on the inside.

4) As humans, we tend to overvalue our attractiveness, and oddly, even when we have low self-esteem, we can still be very predisposed to doing this.

I’m all for thinking highly of yourself but the trouble is that we actually tend to think that certain things are more attractive or of more value than they actually are. When this happens, it means you’re going to the table playing the looks angle, whilst the other party isn’t interested in that. You will underplay the things that are of real value and that actually make you attractive as a whole, but because you don’t recognise this, that person either doesn’t get to see it, or even if they do, you don’t see the wood for the trees and keep being focused on the shallow stuff because it’s what matters to you.

5) Trading from a shallow point is a likely indicator that you are not interested in men of real substance.

Easy as it is to blame men for feeling how we do about appearance, or even society as a whole, we have to be accountable for the experiences that we have a hand in creating. Trust me when I say, if you are the type of woman that is appearance focused for yourself, you’re a woman who likes ‘appearances’ in her relationships. You can be won over with words rather than actions, you’ll think you’re ‘lucky’ to be dating a great looking guy that everybody wants even if he’s an assclown, and you love the illusions of betting on potential and hoping for change. You cannot possibly be interested in a man of substance, because if you were, you’d know a bit more about your own substance and worth, plus you’d know when to tell these assclowns to beat it!

Back in a couple of days.

Getting Your Wake Up Call: Relationship Epiphanies
Do emotionally unavailable men change?
It's OK to want different things. It doesn't make you 'wrong'!