Transitionals & Rebound Relationships: What’s on their mind when they’re not over their ex but they’re involved with YOU? 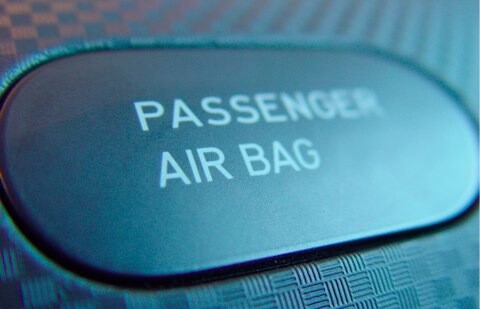 A few weeks ago, I wrote about Transitionals, people that are recently broken up, separated, divorced, or widowed and are still emotionally and possibly legally tied to their ex. If you get involved, you end up being a Buffer, an emotional airbag that lessens the impact of their transition caused by the end of their previous relationship. I’ve had a lot of comments and emails since wondering about what the hell is going on in the mind of a Transitional, so here are the key things:

Their ex. Hard to hear, but true. Whether it’s them, the things that they’re frustrated or in denial about from the breakup, or the feelings they’re struggling with, their thoughts are either actively preoccupied with their ex or they’re putting in overtime to push them out of their thoughts. What you can be sure of is that their mind is not anywhere near as focused on the relationship job at hand because they’re distracted by the emotional and/or legal ties.

Keeping distracted. Look, I get it, it’s hard after a breakup or a loss through death because you’re consumed with thoughts about them and recognise that you need to get back out there. That said, they’re with you for the wrong purpose – distracting them from or even helping them completely avoid their feelings or any fallout from the previous relationship. Which leads me to…

Impact reduction. People who don’t manage their own ‘impacts’ from relationship are far more comfortable finding a Buffer (yes that would be you) to lessen the impact of the previous relationship during this transition. You help numb the pain but what you don’t realise is that it’s not gone. They seem to think other people like you are there to inadvertently sort out their problems and pain.

Responsibility dodging. They could take the time to get over their ex, but no, they think “Hmmm, if someone is that fabulous, I’ll spontaneously combust into being available and over them.” What they don’t realise is that this passes the buck to you. You have to get them over their ex which is why they don’t get over them and why you can’t enjoy your own relationship because you’re living in someone’s shadow.

Tumbleweeds. Some people don’t do thinking. Seriously. At least not the conscious sort that will allow them to contemplate their actions and connect the dots of their behaviour with what results. It’s like there’s cotton wool or tumbleweeds in there. They’re not thinking about you or really anything. They’re numb.

They hate feeling that they’ve made a mistake or failed. Emotionally unavailable people take the possibility of mistakes and failure very much to heart, either blaming themselves for everything or blaming the other party. The quicker they can tie themselves up with someone else is the faster they can feel ‘right’ again. Particularly for marriages or long term relationships, they may be struggling with comprehending the ending or be worried about how they ‘look’.

They rationalise that anyone that meets someone that’s fresh out of a relationship, separated, widowed etc must realise that they cannot commit or be fully emotionally intimate. They then deduces that you mustn’t want commitment or intimacy either. They’re passing time and having a good time, hence they assume that it’s what you want to do, even if you protest otherwise.

Feeling good again. They may genuinely be feeling very crappy after their breakup and you give them a boost. While this is nice, it would be better if they treated themselves to a holiday, a nice meal, read a book, or nurtured themselves. You’re not Heartbreak Hotel, Rehab Rachel, or a fluffer.

They want stability and are often used to someone making themselves indispensable for them. They may be the type that quickly wants to saddle up again and next thing you’ll be cooking, cleaning, ferrying their kids around and slotting into their exes old life – this is a major pitfall for women in particular. Unfortunately they’re still getting over their ex on your time and they’re unlikely to be receptive if you raise issues.

They mistake being out of control, fear of being alone, fear of making a mistake, and desperation to be coupled up again as deep desire for you or at least for a relationship. It’s not that they’re not attracted to you but the reason why they’re attracted to you now is very reflective of where they’re at emotionally.

They either believe that what limited ‘resources’ they do have are enough or a lot, or they’re overwhelmed. If it’s the former, they either have a lot of bravado or have a history of thinking that what they have to give is more than what it is, which means they’ll shut down any protests from you if you say otherwise. If they’re overwhelmed, they may directly state it (listen to them) or they may be feebly hinting or being disruptive by flip flapping – they’ve bitten off more than he can chew.

They may have changed their mind. The truth is that they often know that they’re not ready for a relationship included any that they’ve suggested you can have with them – Future Faking. It doesn’t necessarily have anything to do with you per se, but they’ve realised that they’ve overestimated their capacity and capability for a relationship with you and have overextended themselves. If they’re the type to avoid conflict, they’ll be hoping you get the message telepathically or by acting up in the hope you’ll tell them to beat it.

They’re learning new things. This can be both about themselves, their previous relationship, their needs, or even dating as a whole and one of those things they may learn is that they’re not ready to close down their options.

They’re feeling guilty for moving on, how things ended, their kids, or even for misleading you. Guilt can play a large part in emotional torment and it’s a natural feeling that can arise when going through a big transition or worrying about what you could have or should have said and done. They may feel pulled in numerous directions especially if they’re still in dialogue with the ex, or in recognising that they can’t be and do what you want, they may feel guilty for getting you caught up in their life.

They’re afraid of making another mistake so they put you on layaway and remove you off the market while giving themselves the option of some R&R on your time while not being in it emotionally and often physically. They’re afraid that if they tell you the truth and you or they end it, that they’ll regret their decision and someone else will snap you up. Or they’re afraid that if they put both feet in that this may be a mistake that opens them up to risk and they’ll be getting mixed signals from the fact that you’re there even though they’re not.

A rebound relationship puts you in a de-prioritised position where you have to work two relationship ‘jobs’ to make ends meet – getting them over their ex and trying to sort out your own relationship. This dooms things not least because you can never feel secure around someone that’s into someone else and/or mooning over them on your time. You’re making it too damn comfy for them, breaking your back with your two ‘jobs’ while they enjoy the fringe benefits without genuine commitment, intimacy and other healthy relationship landmarks. Don’t go there. The moment you find out, deflate your airbag and take a parachute and jump.

To Tell The Truth: The Frustration of Dealing With Someone Who Lies About Your Relationship Or Their...
What Learning About The Special Effects in Apollo 13 & Titanic Taught Me About Future Faking, Fantas...
Florence Nightingale: Women That Fix/Heal/Help and Empathy vs Sympathy