Are you trying to 419 me? Use your self-esteem operating system to filter out BS & shadiness 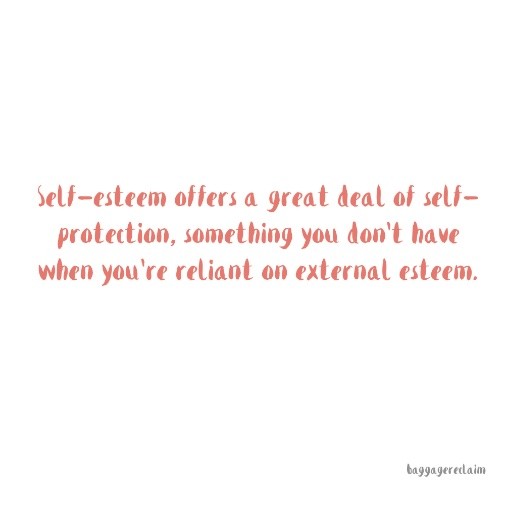 Do you remember many moons ago when the internet was shiny and new and you used to get excited about receiving an email? I remember when dating websites started and how love was blossoming all over the place. I also remember two things that most of us gradually became aware of : there are people out there who send spam designed to either wreck your computer or gain your hard earned money, and there are people online who are not what they seem.

Back in the day when my friends and I used to spend our weekends in nightclubs pretending to be on a girls night out but secretly hungering for ‘Mr Right’ to show up on the dancefloor, we used to wisecrack to slippery guys who were laying on the charm and trying to sell us a fantasy, “Are you trying to 419 me?”

Just in case you’re unfamiliar with what 419 means, it’s a type of fraud typically associated with those emails telling you that the person has come into a large amount of cash that for some OTT reason, they cannot have access to or put it in their own bank account. Incidentally, it’s called 419 due to a section of Nigerian law that deals with it (419 is very associated with Nigeria although not limited to it by any stretch). They promise victims a share of the money for handling the funds on [the scammer’s] behalf and then shazam, clean out their accounts. Some of them offer a share of the money for a fee and then on receiving it, just keep tapping up the victims for more. I watched something a couple of years ago or so (I forget which show) which highlighted how some people had been scammed numerous times and were kept on lists by criminal gangs.

Over the years, many of us have become savvy about spam and recognising that a person’s online persona may be very (or entirely) different to their true self.

As a result, we have installed anti virus and we know that our banks won’t ask us to email our password or bank account details; we know to check the email address of the sender because often it’s entirely different to the company that they’re claiming to be from, and we also know to be suspicious of glaring typos from so-called big brands asking for our information. We tend to be suspicious of attachments when we’re unfamiliar with the sender, and people get exposed all the time for making up backgrounds and experiences in order to gain a following, money etc. Basically, we’ve gradually built up a knowledge base of things to look out.

When we found out about spam and viruses, we could have thrown the baby out with the bathwater and stopped using computers and email… but instead we’ve opted to try to be a bit more street smart and self-aware. We approach with caution and take our time. We have our Safe Senders which is the equivalent of our Circle of Trust. Similarly, there’s no need to give up dating and relationships.

Self-esteem is your own operating system, anti-virus and spam filter. It’s not a magic bullet and it doesn’t promise to remove or avoid 100% of shadiness (we all have to learn from unfamiliar ‘data’ via experiences) but self-esteem offers a great deal of self-protection as it significantly reduces the amount of bullsh*t (BS) that you carry around with you. It’s a hell of a lot better than little or none at all.

If you have self-esteem, which means you that you consider you a worthwhile and valuable person who lives by their own values and boundaries, you have a lot more ‘padding’ to help you navigate life. You have something to draw on in those times when you hit life’s inevitable bumps. The more you take care of you including improving your emotional and relationship literacy, the more you fine-tune your operating system because you’re able to trust in you and your intuition. You know that you’ll listen to you. 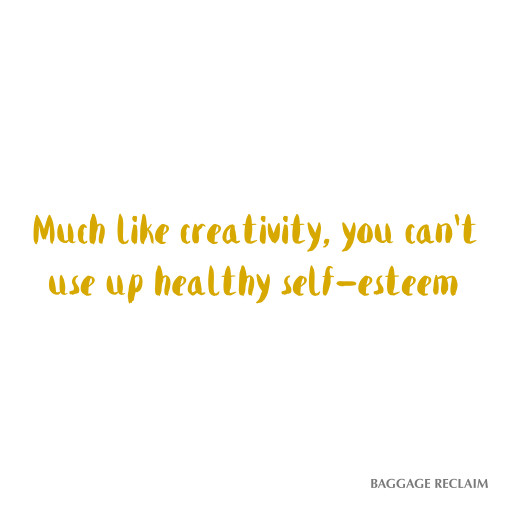 I’m regularly asked what the difference is between intuition and inner critic. Quite simply: intuition is supportive. Supportive does not mean “tells me what I want to hear” or “only gives me positive information”. Intuition is there to help you in a positive way whereas your inner critic thinks it’s helping you by scaring and belittling you under the pretext of protecting you from a much bigger failure.

Much like creativity, you can’t use up self-esteem. Cultivating a sense of self where you treat and regard you (and others) with love, care, trust, and respect, can only be a good thing. It’s the gift that keeps giving.

If you go around without much self-esteem, odds are, you’ll let in any ‘ole Tom, Dick and Harry (or Jo, Bessy and Fanny – can you tell I’ve been looking at Enid Blyton books recently?). You will latch onto any ‘ole opportunity because it’s better than being with you and you’ll be hoping that somebody will come along and wave their wand over your life. Your head will be turned by shortcuts and Get Rich Quick Schemes because this will seem so much preferable to doing the work. You’d rather trust in a stranger and the dream than trust in yourself. This will cause you to be vulnerable to people who effectively prosper from this.

Just as 419 scammers only focus on those who respond and then engage them to find the juiciest potentials, there are a portion of people on, for instance, ‘dating websites’ (read: introduction websites), who are not there for decent purposes. They have dodgy profile names or dodgy profile pics or slippery profiles with information that doesn’t add up or they behave inappropriately by being too forward and/or inconsistent. They unfold into something that’s incompatible with forging a mutually fulfilling relationship. Same as in real life.

If you entertain them or you certainly keep entertaining them once their shady ways are becoming apparent via boundary busting and things not adding up, they will exploit it until you have the good sense to flush.

I talk to a hell of a lot of people about dating both on and offline. One common theme I’ve noticed in those who haven’t damn near lost their mind or certainly their faith, is that they don’t entertain the ‘spammers’ and ‘scammers’ of this world once it becomes apparent. They don’t blame themselves, they don’t try to turn a pig’s ear into a silk purse, and they accept that part of their remit and obligation is to filter out the undesirables because they accept that this exists rather than labouring on the fact that they think that it ‘shouldn’t’.

It’s a shame that there are people out there who, whether it’s about dating and relationships or exploiting vulnerabilities in products and technology, they seek to take advantage and even abuse for their own gains financial and otherwise, but they’re there. Sure, they ‘shouldn’t’ be there and should “do the right thing” or get off of the sites and places where all the decent folk are, but that’s not going to happen. They walk amongst us.

It’s our business to engage in good self-care by getting relationship and street smart instead of hoping to be made the exception to the rule.

Yes, dating can be a right ‘ole pain in the bottom and yes, most of us don’t want to feel as if we’re playing Columbo or Jessica Fletcher. It’s also fair to say that in much the same way that some people say that they don’t like using condoms because it takes away the sensation, there are some of us who feel as if having to be the likes of awake, aware, street smart, grounded, not gullible, self-disciplined, boundaried, etc., is an “inconvenience”. It’s not when you’re safer and happier.

You’re Not Wearing ‘Eau de I’m Not Good Enough’
Reader Question: How do you teach someone boundaries for a healthy relationship?
50 Thoughts about Relationships, Communication, & Emotional Unavailability Part 4