What do you believe about YOU? Your Beliefs Tell You What You Think Are Your Capabilities in that Capacityr 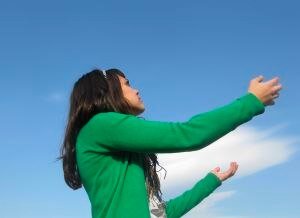 A while back I wrote about how we validate ourselves with our self-fulfilling prophecies by carrying negative beliefs about love, relationships, and ourselves that are reflected in how we act and in the relationships we engage in.

“Seeking validation in relationships is when you look to get confirmation that something is true. This cuts both ways so while you may spend a disproportionate amount of energy trying to get others to confirm that you are a person of value, loveable, a great girlfriend, the best girlfriend, the ‘one’ etc, you may also be someone who spends an equally disproportionate amount of time confirming that negative things that you believe are actually true, creating a self-fulfilling prophecy.”

A belief is something that you believe to be true. Often though, we have beliefs that we treat like they’re true but in the wider sense, they’re not actually true.

If you want to bring about real change and make the connections between what you think and your actions and what results from them so that you can be happy with boundaries and values in your life whether you’re in or out of a relationship, you need to examine what your beliefs are.

I’m currently finishing up what I hope will be an exciting and enlightening workbook on helping you figure out what these are, and why. In talking to people about their beliefs, I find that while some people do know what they believe, most of us are actually working to a quiet agenda that we’re not consciously aware of and it takes a bit of prodding and pushing to get to the heart of what is really going on.

Many of us are going through life unconscious of what we believe and why, and we’re not challenging these beliefs to see if they’re valid – we’re assuming that if we’re being dealt crappy cards by life then what we believe is true, even though we’re actually behaving in line with what we believe, inadvertently helping ourselves to keep believing.

Until something bad happens or we get sick of the merry-go-round, we don’t look too closely at what we believe to see how it is affecting us. We also don’t ask ourselves if what we believe is actually true – we don’t attempt to refute our own claims and ideas. If we examined what we believed, we’d start to have doubts, not least because if you have a number of negative beliefs, it can become pretty evident that you won’t be going anywhere fast holding onto them.

But why do we keep on holding on to negative beliefs even when we know they’re negative? It’s the fear of getting out of our uncomfortable comfort zone and going into unknown territory where we have to trust something different than what we’ve believed in. That, and we tend to expect outside influences to do the job of changing our view.

I have often warned of the perils of engaging in relationship insanity – this is carrying the same beliefs, baggage and attitudes, choosing same people different package, and then expecting different results and wondering why it didn’t work out, and then lather, rinse, repeat.

You engage in the relationship insanity because you have a sticking point. That sticking point is not only where you are conflicted, but I’ve also realised while looking closely at my own beliefs and those of readers and clients that there is one particular thing that beliefs do:

We use our beliefs to determine what we think our capabilities are in that context. When they’re negative beliefs, the underlying belief is that we’re not capable of being or doing whatever it is that’s tied to the belief.

Everything we tell ourselves confirms a few core beliefs that we hold. I used to believe that I was unlovable and it permeated its way (unknowingly) into lots of other beliefs because as a result of feeling unlovable, while I went out looking for love in all the wrong places and from the wrong sources, when I had a relationship, even if it was crap, I even felt unworthy of their screwed up ‘love’.

If you have a negative belief, you don’t have confidence in your capabilities.

It means you may overestimate your capabilities – for example, you’ll think that if you love enough, all problems can be solved.

It also means you may at the same time, underrate your capabilities and undermine your own efforts – for example, you’ll think that you’re only capable of having a relationship if you have little or no boundaries because if you do have them it will scare them away because you don’t think you’re worthy of a relationship with mutual love, care, trust, and respect, and after all, if you love enough and you’re loved, love can overcome the lack of boundaries. And round and round you go.

When you don’t address your beliefs it’s a bit like you giveth with one hand and taketh away with the other and you end up stuck.

What are you stuck on? What’s a message that you keep hearing in the back of your mind? What are you telling yourself because these are your ‘sticking points’ – you’re sticking with what you think you know about yourself instead of pushing yourself out of your comfort zone and really discovering your capabilities and living with values.

Think about what you believe because you will limit yourself and end up in limited relationships with limited people experiencing limited contribution and only operating within these limits and overall creating a limited experience that you’ve ring fenced around you.

Look out for more posts on beliefs and how to get your workbook.

Your thoughts? Do you know what your beliefs are? Do you recognise the impact of your beliefs on your relationships and sense of self?

You've Got To Call It As You See It: Why you mustn't fear judging a situation or actions
Are men really like rubber bands? The Bigger Picture (Part 3)
Mr Unavailables and Assclowns: Shedding Crocodile Tears Part One