Why aren’t I attracted to the good/decent/nice guys? 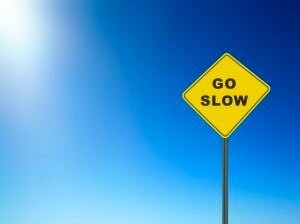 I get so many emails lamenting the confusion of women knowing that they’re with a decent guy but feeling a lack of attraction for them. Let me tell you why this happens…

The term ‘nice guy’ is a blanket description used by women as an excuse to not pursue a second date/relationship and to give a wishy-washy reason for their lack of interest. When we use this excuse you will hear words and phrases such as:

Men use it as the ideal blanket excuse for their lack of dating success. Can’t get past date number two? Oh, it must be because I’m too nice/They don’t ‘get’ me/I don’t wanna treat her like shit/I’m a decent guy/I want to treat her like a princess and she wants to be treated like she doesn’t exist and bla, bla, bla.

Hence it would seem that whether women or men are speaking about the whole ‘Nice Guy’ issue, it’s all a bit of a get out option – we don’t have to delve any deeper into why we’re not attracted to him, even if it actually stems from something negative within us, and the guy gets to duck out of confronting any real problems and blindly chooses to bumble along assuming that he’s God’s gift to the nice boy camp.

If you have a consistent habit of being involved with dubious men or in dubious relationships, it’s because you’re attracted to men that reflect the negative things that you believe about love, relationships, and yourself. This is why there is this common misconception that women are chasing Bad Boys/Jerks/assclowns when really, women with negative or misguided beliefs are drawn to and draw in relationships that cater to the negativity factor.

If you’re thinking ‘But I really want to be loved and cherished so why aren’t I attracted to the good guys?’, here is why:

You keep invalidating/cancelling out your own feelings about the relationship because you don’t know what a healthy relationship looks or feels like, so you’re geared up to chase the type of guy that makes you miserable – your ‘type’, the one you profess better compatibility with that you share ‘common interests’.

When you’re confronted with a ‘nice guy’, you feel suspicious, wary, are looking for the catch and may even feel like he’s mocking you. You’ll be in suspended disbelief and even though you may find it flattering at first, because you haven’t changed your own beliefs about relationships, you just won’t believe that this is something that is good for you. You may even sabotage the relationship with your insecurity, acting up to see if he really is that nice and treating him like he’s one of your exes giving you reasons not to trust him, when he may actually just be a decent guy wanting to spend time in your presence.

I’m not really used to being treated like this.

I’m starting to feel a little claustrophobic as he wants to spend so much time with me. I need some space.

I feel like I’m turning into my ex Mr Unavailable/assclown.

Nobody can be this nice!

I was enjoying it at first as it seemed so different but I’m feeling uneasy and bored.

Why would a nice, normal guy like this want to be with me? There must be a catch.

You have to start asking yourself:

What are you used to being treated like? Is that how you’d like to continue to be treated? Does it feel bad to be treated differently? If it doesn’t, why can’t you just enjoy it?

Doesn’t the claustrophobia issue sound a bit like the type of stuff your ex would experience? Why do you feel this way? Why are you pushing someone away and finding reasons to be distant? Do you really want commitment?

Is your behaviour similar to your ex? It’s not that you’re turning into your him, but it does help you understand how you slotted into the dynamic. Rather than give into the feeling, ask yourself why you are behaving like this and get rational.

Do you have so little faith in people after your relationships? Of course people can be nice, good, decent. He’s not perfect, he’s just different.

Do you feel uneasy and bored because of the lack of drama and the unfamiliar territory?

Isn’t it possible that not every guy you get involved with needs to be screwed up? Have you entertained the possibility that a nice guy might want to be with you because he likes you and isn’t afraid to show it and doesn’t want to play games?

Why does there have to be a catch? Have you lost your faith in people? If you’re very distrustful, you’ll kill off any relationships with your lack of faith in their actions and in your own judgement.

Why experiment with someone? Go in with integrity rather than toying with someone like trying on a new pair of shoes. You wouldn’t want to be treated the same way.

You want instant highs, instant results, infatuation, fireworks, excitement, ‘passion’, to be turned on, and lust, and you fail to recognise and value genuine connections because you’ll be blinded by this other stuff.

If you’re not feeling the familiar feelings of what you get with your ‘type’, you decide in this instance, to trust what you perceive to be your judgement and determine that the guy is not for you.

I’m going to be real with you: If you have misguided ideas about compatibility, type, and common interests and have a history of being in dubious relationships or being attracted to dubious people who cannot give you a healthy, committed relationship, by deciding to discard a guy that’s ‘too nice’ or a ‘nice guy’, you’re giving yourself far too much credit for your own feelings – you’re overvaluing your own credibility even though you have consistent evidence to show that you don’t always act in your own best interests and that you gravitate to people who cannot give you what you want.

You likely want to be railroaded, bamboozled, or bulldozed by your feelings and unless you feel overwhelmed and damn near obsessed, you’ll decide it’s not love and that he’s not the guy for you. You’ll write him off as a… ‘nice guy’.

Rather than write off being with a healthy man and a healthy relationship because you’re yearning for the uncomfortable familiar, make sure that you have addressed what you’re looking for in your relationships and can go into dating with a reasonable level of trust, and are not clinging to old love habits. Don’t kneejerk your way out of it because if you get involved with someone that creates lots of familiar feelings or causes you to feel like you’re ‘coming home’, I’d take that as a massive, early warning signal that you are putting yourself in danger of repeating a relationship pattern and indulging in relationship insanity, choosing same man, different package and doing the same things, and expecting different results.

Take your time, there is no fire (really) and look for things to build instead of a big firework display that doesn’t amount to much.

And I should add – This doesn’t mean that assclowns and Mr Unavailables is what you’re destined to be with forever more, but it does mean that you need to do some work understanding who you are attracted to and why. You may value excitement factors and superficial stuff over people with integrity, trust, love, care, and respect, even though it’s the latter stuff that you actually want. Read my posts on values and compatibility, type, and common interests.

Reader Question: How do I know if I'm overestimating myself?
Empowering Words:Fear Means It Isn't Happening
If You're Going To Be Afraid of 'Settling', Be Afraid of Settling For Pattern
Share this...