Why Is He Calling Me? What type of vibes am I giving off? 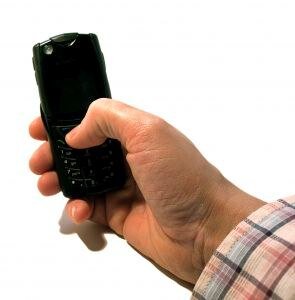 Picture this: Recovering Fallback Girl (woman who loves emotionally unavailable men) home on a Saturday minding her own business and trying to change her ways so that she doesn’t end up repeating her pattern, hears from a Mr unavailable who in the past she has dated even though he either had a girlfriend or he was clearly only looking for a booty call. The previous time they spoke, she said ‘Don’t call me unless you’re prepared to date me properly!’. When he makes the recent call, nothing has changed and he is effectively sniffing around for something on the side. She is outraged, tells him so and asks him not to call again. She should be relieved but instead she is left with a lingering question:

Why does he still think that I’m that kind of girl?

She then thinks: I must be giving off a vibe! He must be able to sense it!

She then derails her own progress and convinces herself that all the work she has done is futile, that she is doomed to be with him or other Mr Unavailables, and ponders whether she should just be that kind of girl because surely it must be what she is if these guys keep ‘a calling?

While it may appear that these men have some sort of in-built homing device or that you are giving off a vibe, I’m here to tell you that in the instance where they call you up and expect to pick up where they left off this is not the case at all. All they are doing is being their usual self-absorbed selves and taking a chance.

These men think of what you were like on previous occasions and assume that until they know differently that they can expect the same ‘level of service’.

The most deluded guys may even take several instances of you telling them to get lost before they finally get the message. They may actually think that you were having an ‘off day.’

Their mind is a bit like: Well I have one example of her telling me to feck off but I have countless examples of her not.

On those odds they reckon that if they try again, there’s a possibility that you will basically let them bust your boundaries.

Let me repeat: the fact that they keep trying isn’t really about you per se, especially if they are being rebuffed and met with a closed door.

They don’t know that you’re not available to come out to play anymore. If in previous instances you’ve gone back on your word, they’re not to know that you have changed.

The only way that they can know that you have changed is if they repeatedly get the same message.

The first time they’ll be surprised. The second time it starts to potentially sink in to their thick skulls.

You’re giving them too much credit and assuming that they know what is going on in your head and life. Technology isn’t that advanced! There isn’t an ‘I’m off assclowns and Mr Unavailables alert system!’

I know it feels like they should know what turmoil you have experienced and how much brain power you have expended but they don’t. You and he are not the same person! He’s living on planet Me, Me, Me.

They. Don’t. Care. Whether. You’re. Available. Or. Unavailable.

Much like No Contact where you get the message when the amount of time that you have ignored them for exceeds a previous maximum, they take you seriously when they are consistently shown that you are not taking their bullish*t for longer than you previously had.

They don’t know who you are anymore. You’re not the woman you used to be so stop assuming that they know some deep, dark secret about you and that all your hard work was a waste because they still called you up and assumed that they could bamboozle their way in. They’re not the oracle. They’re not a sign that you’re doomed and that you might as well give up and let them back in your life.

You can apply this knowledge about Mr Unavailables to the wider context of their behaviour – they’re always taking a chance, pressing the Reset Button, and using The Outrageous Principle. While they have become skilled at recognising some women who are more likely to be receptive, really they just run around chancing their arm with various women and pulling their crappy moves on receptive women. That’s it. The moment that you allow them to have some airspace in your life, they get a signal that you are a ‘kindred spirit’ and shazam they start pulling their moves.

Your job: To stop being receptive and to learn not to leave so much as a crack in the door opening for them to get the idea that you may be receptive to giving them a shag, an ego stroke, a shoulder to lean on or anything else they can get.

They’re going to do what they do anyway and regardless. Eventually they will move on to a new target but they will keep taking a chance while they think for their own conceited and deluded reasons that there is a chance.
But remember: they don’t know a damn thing about the you that loves and takes care of yourself. Stop giving them too much credit and power. These men are just chancing their arm – you don’t matter. If the chance pays off, they’re quids in but if it doesn’t, the nature of these men is that they always have someone else lined up to chance their fall back strategy on. Just make sure that woman isn’t YOU.

Are you a Fallback Girl? Tired of being with unavailable men? Check out my ebook Mr Unavailable & The Fallback Girl. If you’re trying to get rid of a persistent one or need to wean yourself of someone who is bad for you, you need my ebook the No Contact Rule and more in my bookshop..

Are men really like rubber bands? The Bigger Picture (Part 3)
I'm Off Mr Unavailables and Assclowns: Where will I find my passion and joy now?
Is He Going to Leave His Wife/Girlfriend For Me? Part Two