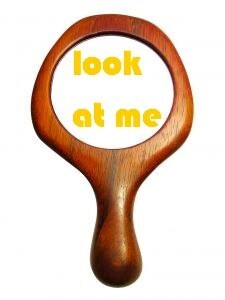 To recap, on the key points:

The inaccuracy connects a disconnect between you both because you’re more focused on your vision of things than attempting to see things from the other person’s perspective or meeting their needs.

Be careful of believing your own hype and have an honest conversation with yourself because whilst it is great to champion yourself, it shouldn’t be to the exclusion of recognising when you may be engaging in behaviours that are counterproductive to having a healthy relationship.

Neither sex responds well to being repeatedly told that they are not meeting someone’s needs.

We often decide what people need based, not on what they actually need, but on what we believe we have the ability to give, or what we’d like to get back ourselves.

Do not disregard what people tell and show you about themselves and assume you know better. There’s seeing the good in people and there’s projecting and hoping way too much. People always show and tell you who they are – you just need to be listening and watching.

There comes a point when you either have to accept the person as they are and stop complaining, or get out of the relationship, or deal with change you can influence by adapting your own behaviours.

We often overestimate what we bring to the relationship table and have ‘inadvertent’ superiority complexes choosing what we perceive as unworthy companions and hoping they’ll be grateful.

Look at the flipside of the qualities and characteristics that you use to describe yourself – does your relationship and contribution look different?

Several years ago, I knew a man who suffered with Those Who Doth Protest Too Much syndrome – in fact I’ve known many men and women with it. Every time I saw him he’d say ‘I love my wife’ several times in this big declaration and ‘I’m a nice guy’, like he needed to make some sort of point. As I suspected, he was cheating.

The likes of online dating has taught a lot of people that we must be able to almost do a drill off our qualities and characteristics, which feeds into people having misguided ideas about compatibility, type, and common interests, and valuing the wrong things.

The reality is, how people learn about you isn’t through what you say, but through the actions that demonstrate who you are, that are hopefully in line with what you say about yourself.

There are a lot of ‘nice’ guys out there but as I have said many a time before, nice people who really are that nice don’t keep telling you about it. You have to ask yourself who they’re trying to convince – you…or them.

Personal security lets you have enough self-esteem and confidence that you can be comfortable in your own skin and let things be. You will want to show who you are through consistent action rather than declaring who you are because you can trust yourself to be around people who are likeminded, and will recognise and value you. The people who don’t value you, you’ll tell them to bounce. You’ll also be highly uncomfortable deviating from your core, authentic self to morph to suit someone’s agenda while losing yourself in the process.

And so it’s important to evaluate what you’ve been saying about yourself, which may even have become your ‘script’ as you may have illusions about who you are and your relationship contributions.

That’s not taking on blame for other people’s behaviour; it’s about being accountable, because no matter what we tell ourselves, we are 100% accountable for where we are and we are always making choices even when we don’t think we are.

Don’t just look at things through your eyes (generally the most comfortable view) and consider the other meaning of your actions. Remember, communication is only as good as how it is received at the other end so it’s important to recognise whether what you intended to be communicated is actually what was understood.

Ask yourself: what am I seeing that he doesn’t see? What is he seeing that I’m not seeing?

If you want to get wise, imagine the other ‘possible interpretations’ of your qualities and relationship contributions or put yourself in their shoes.

I did everything for him. Even though we didn’t live together, I made sure his dinners were always made, washed his clothes, cleaned his home, and even took care of his kids. I don’t think I was expecting too much when I wanted him to be more solid about where we were headed/propose/move in/buy a home together. – Unless his ‘criteria’ for choosing a woman is having someone who is anticipating his every waking need and being a cook, cleaner, babysitter, nursemaid etc, this type of overgiving is misplaced, not least because you’re doing all of these things with an expectation. Women that overgive often do so because they don’t believe that they have ‘enough’ to hold someone’s interest. If he told you to do this stuff, it’s one thing, but if he didn’t, you were likely expending energy on the wrong things. You may even have found yourself expecting him to be grateful and reflect it back in love, plus many women use this type of overgiving to cloud out other less desirable behaviours in the relationship – no matter how much you cook and clean, if you are emotionally demanding or controlling, for instance, it’s not likely to be blocked out by a big dinner. You also can’t do the ‘I’m indispensable, you should change for me’ routine.

I gave him everything I had and loved him unconditionally – You may think you showed how much you loved him and how reliable and dependable you are, but the flipside is that you showed him how little you loved and respected yourself by having no boundaries, showed him you were a soft touch, and that he could depend on you to be there even if he was never there for you.

I stuck by him through thick and thin even though he cheated/lied/never actually said we were in a relationship – That’s a big ‘contribution’ but you may have again shown that there was no limit to how badly he could treat you or abuse the relationship. He also demonstrated that he didn’t have to give much to get ‘full’ commitment from you. These types of situation are based on illusion and denial so you are using loyalty to cloud the fact that you’re unable to keep it real.

I waited X years for him when I could have moved on with someone else. Or, he promised me he’d leave and then he moved onto someone else. – It’s very emotionally depleting to be involved with someone who is attached but it’s one of the most ‘limited’ type of relationships you can get. If an affair goes on for a lengthy period of time, they don’t think you’re loyal – they think you’re a mug. Your patience and loyalty is more about being trapped in indecision and avoiding a full relationship where you have to be fully committed.

People don’t see what you see about yourself and your contributions, either because they see a totally different version of events, they don’t value it, or you may be under illusions.

You cannot make people see what they don’t see or what they have no interest in seeing, so if you’re not on the same page in how things that each of you do are being communicated, you’ll have a conflict of interest.

People who do things on their terms, always find ways to turn a situation and your behaviour to their advantage, but likewise, by continuing in the behaviour despite the fact that it only yields a negative result, it shows how you’re engaging in relationship insanity – doing the same thing repeatedly and expecting different results because you’d rather they changed.

You can’t force someone to value what they don’t value because what you value is tied to your value system.

For those of you who choose dubious partners to try to have ‘great’ relationships with, it’s important to remember this:

Much like when you say that you can tell a lot about a person by the company they keep, if you get involved with dubious partners, by the very act of you being with them and continuing to, despite them showing you (and possibly telling you) who they really are, they deduce that your value is far less than what you think.

Illusions have no place in relationships and if you live in denial and cling to illusions, you cannot and will not see your own actions clearly or accurately, never mind theirs.

It also means that you’re not really ‘in’ the relationship because really, it’s all going on in your head with a special pair of goggles that let’s you see things in the way that you want.

Like I spoke about in part one and also in my posts about knowing when to work at your relationship, and actually in many posts, you need to be prepared to be very honest with yourself and bring about real change in yourself. It’s important to be authentic which allows you to have more authentic relationships.

Really, the big lesson to be learned from understanding why you may not see your qualities and contributions more accurately is to get out of your comfort zone, be different/adapt, and stop expecting people to change or for the planets to align, or for a man to fall out of the sky so that you get to stay as you are. Challenge yourself to look at you differently so that you can empower yourself to make different and better choices for relationships. You can keep saying and doing the same things, but not much is going to change – the choice is yours.

Knowing When To Work At Your Relationship P2: Questions to Ask Yourself & Key Signs
We must stop reinforcing shame. It's OK for us to like and love ourselves.
The Life Lessons: How relationships teach us more about ourselves