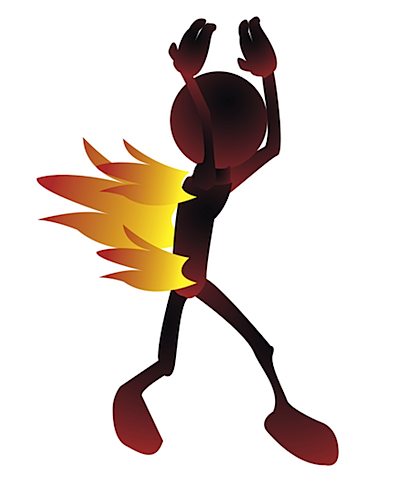 Over the past few months, I’ve heard from a number of readers who have done all manner of things in the name of ‘winning’ what they feel is a race to ‘get’ a particular person. When asked why they had sex before they really wanted to, or agreed to take part in a sexual act that left them feeling degraded or even abused, or why they are ever accommodating and jump to it for every call/text/email no matter what time of night, why they provide a shoulder to lean on, money, job references (I kid you not), Powerpoint presentations (I kid you not), tidying, cooking and the list goes on, all reasons lead back to:

Because they felt that it would help them ‘win’.

Many people spend their time and energies doing things that they’re patently uncomfortable with, not because they genuinely want to and it’s reflective of their values, but because they’re convinced and afraid that if they don’t, they’ll ‘lose’. They’re losing anyway.

There’s also a common misconception that if you don’t do what someone expects or asks of you, whether it’s directly through words or via coercive or even passive aggressive action, that they will find someone else, because they would have remained with you if only you’d done it.

This is an illusion. What you need to actually focus on is the fact that they will find someone else to do what you don’t actually want to do (and will feel crappy about after doing) anyway.

You have to ask yourself how quickly will you sell you out? How quickly will you step up to the crap table and gamble yourself on the off chance that someone who would put you in the position of having to consider engaging in jackassary might make you their #1 and the exception to their rule of behaviour?

Of course you may argue that at the time when you gambled, you were convinced that if you just did this particular thing then you would win, but as anyone who has ever found themselves being blackmailed can attest to, once you agree to pay up, they just keep coming back, pushing the boundaries and increasing the threats. In the case of the person who you sell yourself short for, once you do it, they’ll only be too happy to flog you long time.

This fear that if you don’t drop your knickers, take the phone call from the person who has mucked you around time and again, sext with people you met on dating sites a few hours before, agree to text and never expect a phone call or to meet up, respond after they’ve disappeared, wait for people to leave their spouses/partners, be indispensable, take someone back repeatedly, hand over your money, believe their lies, and learn to ‘go with the flow’, that you will lose, is like self mind-f*ckery.

Just like fear means it’s not happening, if you genuinely fear that they’ll be offski if you don’t acquiesce or jump on their requests like an eager beaver intern, it means that whatever idea you have for a relationship isn’t happening or going to happen either.

How can it? In that moment, you’ve handed over your power and you’ll have a fear mentality for the rest of your involvement – it’s just no way to live.

If you feel that you have to do what you don’t want to do in order to remain with someone or just be in with having a shot at being with them, the topline data communicates that either your relationship is insecure and unhealthy, or that you’re too willing to compromise yourself while dating, for something that you don’t have or never had. It also tells you that you’re willing to do stuff that busts your boundaries if you think you’re within a hop, skip and a jump of getting the relationship you want.

That’s not a ‘competitive edge’ – it’s desperation, which is never sexy never mind part of any winning ‘strategy’. The fruits of desperation never feel good, even after the ‘win’, which means the winning feeling doesn’t last long.

I’ve heard from people who are so desperate for the next person to be ‘the one’ and to avoid being alone or having to go through the discovery phase of dating, that they will gamble and come up with every plausible excuse under the sun for why they’re doing so. Then weeks or months later, they’re in terrible pain over the realisation that they made a bad bet and that actually, yeah it might have been a pain in the arse to admit that it was a no-go a few weeks or months back, but it would have been far less of a pain than the regret they feel now that some time has elapsed and the very things they recognised and chose to ignore, have backfired.

If you’re doing any of this shite, you’re losing anyway. You’re losing you for a start – your sense of self, pride, values, boundaries, self-trust, self-care, self-respect, and self-love. Let me tell you now, I’m yet to come across one person who has said “You know what Natalie – it was totally worth it to screw myself over and lose my dignity in the name of ‘love’.”

I mean seriously, what kind of prize could you possibly be winning by doing things, not because you want to, but to compete to get someone who really just isn’t that special?

What have they done for you lately? Breathed? Dangled a future at you? Given you an orgasm? Yeah…it’s still not worth it.

It’s time to lose this competitive spirit that is actually blowing smoke up their arses and pumping them up, letting them believe that they’re more special than they actually are.

When you contemplate doing something with a view to ‘winning’, you know it’s time for you to step back as you’re being blinded by your ego. If you’re going to ‘lose’ because you don’t shag them before you’re comfortable doing so or whatever, go ahead and ‘lose’, because you will gain far more out of standing by you. That and the person who if they can’t bust up your boundaries will just go ahead and find someone else to bust their boundaries, was never worth the energy of holding onto and attempting to raise them from the ground up while teaching them your value. They’ll know your value – when you won’t participate in what they’re offering.

Knowing If You Feel Good In New Relationships Part One
Podcast Ep.21: The Early Stages of Dating Is Guesswork, Do I, Don't I? Decisions, Decisions!
If They Don't Want A Relationship and You Do, You're Incompatible (Don't let 'em hold you back!)