Advice: Why did he respond if he’s not interested in me? 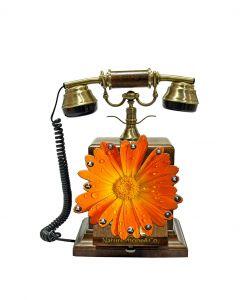 Astelle asks: I divorced in 2002, (married 18 years) and I’m a single Mom with teenagers. In August 2004, I dated the first guy after my divorce and it lasted until Feb 2005. He’s 50, divorced (was married 25 years) with kids that he has every other weekend. I thought we had a good relationship at first, but then I noticed he drinks too much at times, may not be over his ex wife, and had other issues like scheduling everything. Also, after his divorce (2001) he moved about 60 miles from his hometown and job, so he drives a lot every day.

Our relationship ended because he was supposed to meet my friends but then cancelled with the excuse of being busy. This hurt my feelings and I stopped calling. He didn’t call either and was waiting for me to call. I now understand the lack of contact after reading your website, however in 2005 I didn’t.

April 05, I emailed him and he responded. July 05 he accepted an invitation to dinner and then until Oct 06, I did all the contacting via email. He didn’t email but he’d say “keep in touch”.

Oct 06 I sent him birthday wishes and offered to take him out for it. He seemed excited and we had a great time. He e-mailed the next morning thanking me for the invite, saying it was great to see me and he is so comfortable around me and would like to go out again. That didn’t happen until end of November, but after that he called regularly, emailed me, and we went out a few more times. Weird, he remembered a lot of things about me, what I like to eat and so on.

In January 2007 he pulled back, calling less. I emailed after 10 days of silence to ask if he was ok and his answer was” I just have a lot going on.”

On Valentine’s day he emailed saying “I miss seeing you, but I have hardly any time for myself right now, just a lot going on. Let me know how you and the kids are doing.” I responded that it was O.K, to take care of what he needs to and that we’d get together when we could.

He called the following Friday at 5PM on his way home from work and asked me to dinner. I was so excited, thinking that it would work this time around. We went out and he told me that his ex-wife is single again. He seemed irritated that night and acted rude. That weekend he went with a friend to a casino and lost his cell-phone. A truck driver called the last number that called him and that happened to be me. He gave me the phone number and address of a truck stop where he’d left the phone. I emailed him with the details, but after calling to ask where it had been found, I didn’t hear from him.

On March 1st, I e-mailed again asking are you OK? He was on a business at that time and he e-mailed “I will try to check in with you upon my return”. Poof, that was it, he just disappeared, he went from I miss seeing you to POOF in 2 weeks.
I called him in April and got “I have a lot going on and maybe we can catch up next week.” Then nothing.

I emailed once in June and September. He replied to the latter telling me how his summer was with his kids and he asked how my summer was. I replied, but no response. I’m thinking he ‘expected’ to hear from me on his birthday but I ignored it and have since cut the contact.

I understand now that I was his safety net or backup person? Did I cut that safety net now by not contacting anymore?

Why would he respond to my contacts when he has no intention of seeing me or asking me out? Just to be polite or is he waiting for me to leave him alone? Seems like I have to ask him out or I won’t see him, I guess. It is January and he has made NO contact with me. Why not?

NML says: The reason why he hasn’t made any contact with you…is because he doesn’t want to, always has ‘too much’ going on, and most importantly, you have done all the chasing throughout this flimsy relationship. I’m going to put something out there that is pretty damn scary but that you need to face: There is a very strong likelihood that if you had stuck with cutting the contact that you would never have heard from him again, or you would only have heard from him when he needed his ego massaged and then he would have disappeared again, which would all point in the direction of a man who is totally unworthy of your time.

He responds to your contacts partly out of politeness and partly because he doesn’t want to totally shut the door on the nothingness you have, just in case he ever feels like calling you up occasionally for dinner or even trying to get some sex. Call it Keeping You On Ice, The Back Up Plan, The Default Girl, or most aptly The Fallback Girl.

You are the woman that Mr Unavailable relies on to remind himself that he’s still ‘got it’. You’re who he calls up when he needs an ego boost and wants to offload his problems and bla, bla, bla about himself. You’re who he calls up when he wants somebody who won’t question his absence, his total lack of contribution into the ‘relationship’, and who won’t question why he treats her this way and ask if he intends to be different each time. Fallback Girls always think that because he returns some of the contact and because you get together occasionally, that there must be something about what you both have that is luring him back, that he can’t ‘resist’, and that he feels more than he does, he just can’t show it.

Just because a guy responds to your contact doesn’t mean that 1) he needs to ask you out, 2) that he wants you/likes you/loves you, or 3) that the ‘relationship’ is back on.

The key with this guy is to stop expecting anything from him. In a fully fledged committed relationship you can have expectations, in fact, if you were properly dating him you could have expectations but this guy has very clearly shown you which way the land lies and the best thing that you could do is to drop him like a hot potato, step back, and address what it is that you want for yourself and from relationships.

You need to discard the fact that he has sometimes responded to your contact because it hasn’t amounted to anything. This guy feels as much as he is capable of feeling and it isn’t very much. He is emotionally unavailable and he has purposefully distanced himself from you, his kids, his ex-wife through his behaviour and positioning himself sixty miles away. Instead of having to admit that he’s not in the right frame of mind emotionally, this guy can claim that he’s worn out with travelling every day. The scheduling, everything being a big hassle, and the drinking, all amount to a guy you should run a frickin mile from. He has made his choice and you need to make yours.

The only way that you cut the ‘safety net’ and break the cycle is to totally cut contact. Stop chasing this man. He’s not playing hard to get…he’s not trying to be got!

Divorce is bloody hard and you spent eighteen years with someone and have teenage children. I think that you are in the grey zone after a divorce where you may not be sure who you are, what you want, and what you should expect from a man and relationships. Instead you validate yourself on how this man behaves because by being with a Mr Unavailable like him, you are choosing a man that reflects what you believe about yourself.  I can tell you that you are far more worthy of a man who wants to be around you, is able to give of himself, can connect emotionally, and acts with integrity, honesty, and care. But unless you address why you want a man who can barely throw you a crumb nevermind any of these things, you will continue to chase men like this.

Make sure you have confronted the how’s, what’s, and why’s of your divorce and have healed from the very large break that occurred in your life. Until you do this, until you get back in touch with yourself and feel a greater love, respect, and higher self-esteem, men like this clown will always have a place in your life. But most importantly – Cut the contact. Whether we’re 20, 50, or 150, none of us deserve to be The Fallback Girl.

Betting On Potential - Are You Gambling On a Relationship Capacity That Doesn't Exist?
Maintaining your position in and out of your relationships - Part Two
Signs That He's Cheating