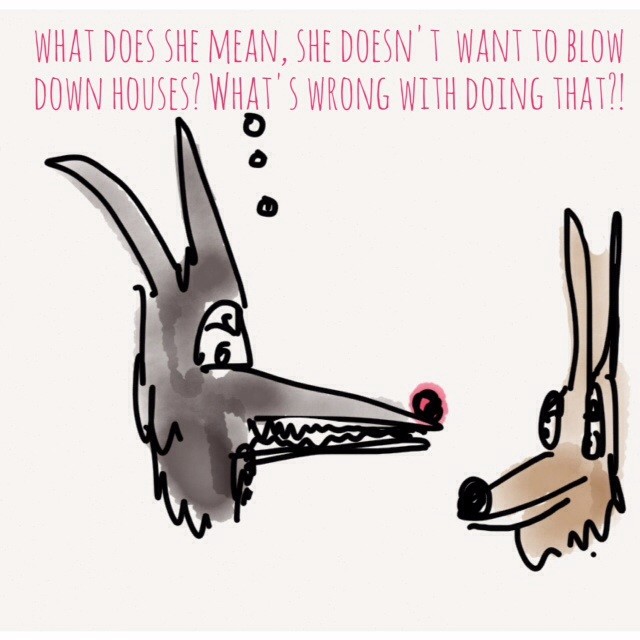 It’s a pretty bemusing, baffling and sometimes downright annoying experience, when someone expresses discontent with who you are as a person by essentially claiming that who you are is ‘wrong’. It’s like, “You’re doing you wrong. It should be like this and this, not that.” Erm, who says? They’re not you.

What you can immediately learn in this situation, is that when person claims that you’re ‘doing’ you wrong, they hold beliefs that people ‘should’ be the same as them, or that they should at the very least be and do things that don’t rattle their outlook. They feel threatened by differences and may even perceive you being different or being reluctant to conform to their outlook on request (or demand), as you inferring that who they are is wrong.

What they’re really saying is that you’re not doing a very good job of being them. Of course you’re not – you’re you and that’s the only ‘role’ you’re going to do well.

Even when we’re related, that doesn’t make us clones. Sometimes family believes that blood equals conform and be directed. There’s a lot of safety in this, in that we can be protected from having to think too much and be vulnerable, but then it doesn’t leave any room for autonomy plus when we’re faced with adult choices that can’t necessarily be managed by consensus, we feel lost and scared. We can also end up feeling resentful that life-by-numbers isn’t offering us protection or even a great deal of self-knowledge.

In the past, a lot of the clashes between my mother and I were stemming from this idea that I was ‘supposed’ to be an extension of her and that not being and doing things her way was ‘wrong’. This induced a lot of guilt and each time I tried to tune in to my thoughts, feelings, needs etc, I’d feel guilty, as if my purpose in life was to either be a clone of her or to show gratitude by making my life a do-over for her.

I’m not alone in having felt like this and whether it comes from family, friends, or just people who seem to think that they have some sort of stake in who you are or a mistaken impression that you’ve accrued a debt where the only form of repayment is relinquishing your right to be you, time, some painful experiences and the growth that you gain from the insights, ends up teaching you that you have the right to listen to your own thoughts and feelings, and to ultimately self-govern based on your values.

You can also show ‘appreciation’ by living your life well. Anyone who says or implies that your misery is acceptable ‘repayment’, does not have your best interests at heart. Are they going to take responsibility when you do things ‘their way’ and it goes tits up? Are they going to give you back the years? Hell no.

It’s not an insult if you don’t want to be one or both of your parents, or if you don’t see liking / loving / pleasing a person, as allowing you to be determined by another, or as offering your time here as an opportunity for them to project themselves on to you and give them a do-over for everything that’s gone wrong with their life. All it means is that you’re trying to live your life and that regardless of what you share with others, only you know what’s going through your mind and ultimately what works for you. And yes, you can copy people but then you still have to listen to when it feels off message and become attuned to what truly works for you.

There’s no authenticity in copying.

Being you in the face of what seems like disapproval, can be challenging, especially when someone has aspirations for you. It can feel as if you’re disappointing them or communicating that they’re ‘wrong’, and that you’re killing their dream. It’s like, “What are you trying to say? That the dream / career / persona / life that I’ve chosen for you isn’t good enough? I know what’s best and I’ve already done all of the thinking on this and if you listen to me, I’ll spare you from hurt, disappointment plus, you’ll be pleasing me.” Of course, it’s one thing if what they want for you is what you want for you but if it’s not, what basically amounts to stifling your true self, will only lead to pain. While you may feel temporarily sated by making the ultimate sacrifice, when you discover that living someone else’s life is hard work and that you’re not spared from disappointment, conflict, criticism, loss etc, plus you don’t have the power to influence people’s feelings and behaviour with your sacrifice, you feel shortchanged. You also end up lost.

With all the best will in the world, you’re never going to achieve some sort of replication nirvana. We all share many of the same fears and motivations but our experiences, perceptions, habits etc, mean that we each result in an individual take.

The funny thing is that much as it can be hard for people, especially family, to accept that you’re going to have to figure out who you are and cut your teeth on life (self-knowledge and self-awareness), time and experience reveals that this isn’t a threat to them. Changing to appease them is also a false economy because each time you so much as put a foot out of place on their script, they’re going to feel insecure and threatened. You’ll keep thinking that the way to make them feel better is to to influence their feelings and behaviour via pleasing, when really, this is one of those classic situations that shows that even when it’s technically supposed to be about us, it’s really about that person’s perspective and insecurities – something that they need to address.

Sometimes people think that they’re protecting us by telling us how to live our lives – sparing us from failure – when that’s really about their own fears and not realising that if they’re truly invested in us being happy, seeing us stand on our own two feet even if we do it differently, can only be a good thing.

Trying to cater to everyone’s whims or even a few or one specific person’s ideal for you, is exhausting and futile, not least because on some level, you end up expecting that if you’ll do this for others, that others will do this for you too, and then you feel aggrieved when people won’t allow themselves to be influenced and directed to the extent that you’ve allowed you to be by others.

None of us can truly say that giving up the right to be our true selves is for purely altruistic reasons and so when you examine what it is that you expect to gain from trying to please others by morphing and blending, you will see that you’re setting you up for pain and that there’s more authenticity and less pain in being you. You won’t be perfect whether you’re impersonating or being you, but at least you will be participating in and investing in your life by being true to you.

You're just not *that* intimate: No boundaries, no intimacy
Be Careful of Rushing to Date and Love Again - There's No Fire
Feeling conflicted when a friend attempts to reconnect after a fallout and distancing