What if your only resolution this year was loving yourself more? 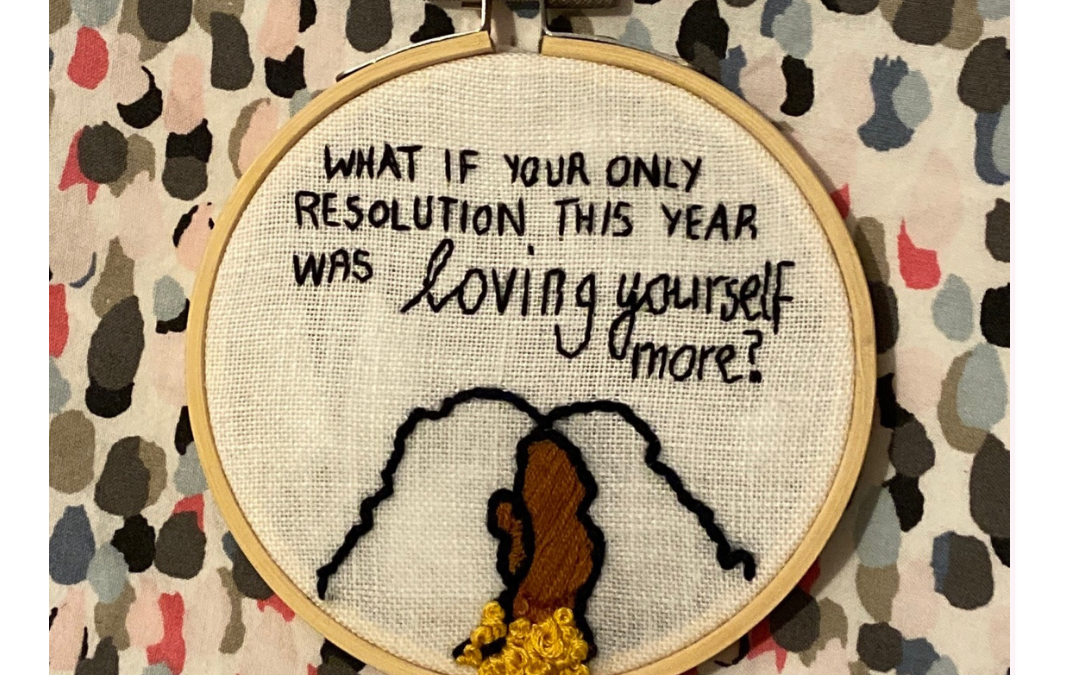 In the first few weeks of every year of the almost seventeen that I’ve been blogging about relationships and human behaviour, I hear from so many people who have essentially crashed and burned on the disappointment of not living up to their expectations of the new year. Eager to distance themselves from habits and so-called failures of the previous year(s), they make plans and resolutions. For instance, they decide that they’re finally ‘done’ with their ex or with emotionally unavailable people who are intense at the beginning of the relationship but avoid commitment and sabotage intimacy. Or, maybe they do what millions do and promise themselves to a diet or exercise regime. They give up alcohol or swear that this will be the year that they do X or finally become Y.

Modern humans are conditioned and marketed to so that we almost automatically enter the new year from a place of feeling that we and our lives are lacking in a way that can only be addressed with the ‘clean slate’ that a new year brings. The funny thing is that once the new year passes, this sense of lack and push for us to be more is just marketed to us from a different angle. Even though we think we’re under new year pressure, we’re actually under constant internal and external pressure. That is unless we consciously intervene on these narratives and pushes.

It’s the quest for us to become more like our idealised self. It’s the version of us we believe we ‘should’ be. Sometimes, possibly often, it’s the source of our self-criticism when we don’t live up to the expectations and desires it represents.

In past years, when we didn’t become our idealised self, we were still under the illusion that we can control the uncontrollable. Believing that we’re supposed to be this imagined, pristine version of us, made self-criticism so easy. It’s also, however, been that much easier to convince ourselves that third (or hundredth) time’s the charm.

And then a pandemic comes along and screws with the order of things.

Although we might fight it kicking and screaming, it’s proof that we can’t control the uncontrollable. All the efforting of our people-pleasing, perfectionism, overgiving, over-responsibility and overthinking doesn’t change anything other than our self-esteem. We are not in control of other people’s feelings and behaviour, nor how much the world bends to our will. We’re not. Visioning that we’re not in a pandemic or that we’re already in the perfect relationship doesn’t change this. Depending on where we live (and how we follow guidelines), we might not have mixed closely with more than a handful of humans in months.

Now that we can’t fanny away so much of our bandwidth—our time, energy, effort and emotions—on trying to prove that we are ‘worthy enough’ to control the uncontrollable so that we can get what we want and avoid conflict, criticism, stress, disappointment, rejection and loss, we get to surrender to the truth of being us.

We get to be honest about the exhaustion of all of that efforting so that we can grieve the recognition that we are not perfect, nor do we need to be.

With the grace of acknowledging the striving for this impossible perfection and control, we can start to make sense of our lives in the midst of this loss. We can edge our way to being more us, to more joy.

And so as we enter 2021, ready, hopeful that we’re going to break away from the pandemic pattern of lockdown, roam semi-free with only some caring about individual and collective safety, to lockdown again, and lather, rinse, repeat, we’re probably going to be disappointed, sooner rather than later. And it’s not because things won’t get better—they will—but because as we all know from our individual struggles with breaking patterns and thinking that we’re outwitting our lizard brain, it takes a number of go-rounds to end a cycle of destruction. It’s not linear; it’s bumpy.

So if we expect that as things are improving that it will also sometimes look like it’s not, we can still have hope through our disappointment.

There will be days, weeks and even months where it’s harder to do so, and that’s ok. We’re only human.

The pandemic means that some things have paused or slowed. There are also others that even though we might start tentatively or wish that everything was as it ‘should’ be, we can go ahead now. What might we give ourselves the freedom to experiment with now that we definitely don’t know what the future holds? What if our only resolution this year was to love ourselves more? Where would that take us?

Things can, do and will get better. Sometimes sooner than we think, and sometimes later than we’d like, but they do.

Are You Still Trying To Be The Exception To The Rule? Maybe It's Time You KNOW The Rule
Podcast Ep.9: Breaking Up 'Nicely', Not Listening To Our Inner Voice, 'Right' Time To Be Exclusive
10 Tips On How to Survive the Wedding Season