Don’t Make Someone the Sole Source of Your Happiness or Your Reason for Being: You Can Be Happy Without Them 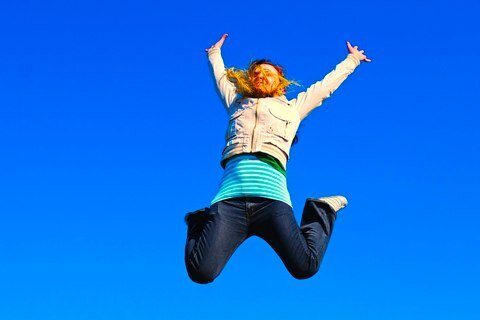 When I was around 21, I went out with a guy who was about eight years older and was probably my first proper experience of a Mr Unavailable with dashes of assclownary. My friends and family couldn’t stand him as he was very arrogant, used to make far too many wisecracks about threesome’s with my friends, and his family told lies on me and even made ‘borderline’ racist comments. The relationship lasted a couple of years but I broke it off about a year in, because I couldn’t take anymore and it was also difficult to go out with someone who people couldn’t stand. Of course the various rejections that I felt as a result of being involved with him meant that even though he was the source of my misery, he also appeared to be the source of my happiness and I convinced myself I couldn’t be happy without him in my life. So I went back, albeit I was very distant probably as some sort of protective measure and I eventually finished it…and moved on to an actual assclown.

A few years later and a few assclowns and Mr Unavailables along, I was engaged (I know I fit much drama into my twenties) to someone with at the very least narcissistic tendencies. I became a shadow of my former self, literally apologising for my existence, which no doubt only fuelled the disrespect. I often wonder what made me accept a proposal from someone who I knew was no good for me, and I realise it’s because I had such low self-esteem that I felt that when someone says that they want to go out with me, that they fancy me, or that they want to marry me, I should say yes. Even if the rest of me said no… He broke up with me a few months before I actually ended it and I convinced myself I couldn’t be happy without him and fought for the relationship. It was only once we got back together that I realised that I’d never been happy with him in the first place for me to have something to miss.

After I ended things with him, I vowed to be single and independent and then ‘somehow’ found myself being the other woman. Combined with the fact that I became very ill during this time, this relationship nearly brought me to my knees and was a serious lesson in self-loathing. I broke it off with him so many times, made ultimatums, screamed, shouted, whimpered, simpered, played nice, played it cool, and essentially kept going back because I couldn’t imagine me happy without him in my life.

These are just three examples – there are others – of where I have felt that my happiness, my reason for living and being was tied to someone, who quite frankly in retrospect I couldn’t give a monkey’s about now and who my life moved on without.

Your happiness is not dependent on someone else.

The agony I felt with and without these people was like putting myself in some sort of personal hell. I felt like my ‘purpose’ was with them and that without them in my life, not only could I not be happy; I wasn’t sure how to exist.

Each time I felt like I was at a loss without someone, unsure of what to do, and basically aimless, I felt the lure of a person who represented my pain source. Going back and trying to love and be loved had me ‘busy’ again and all the angst rattling around in my head got replaced with new angst albeit with the purpose of winning someone who I didn’t really want. I let men and the relationships I had with them define who I was and my reason for being. Each time a relationship ended, because I’d turned into a human transformer, shapeshifting, morphing and adapting to be whoever and whatever they wanted me to be, I wasn’t sure who the hell I was!

Who am I? What am I interested in? What are my hobbies? What do I want to be? What are my goals? Where am I headed?

I couldn’t answer these questions because I’d been too busy being blinded by the smoke I was blowing up their bums putting them on a pedestal and making these men out to be more powerful and necessary than they were. My answers were all centred around them.

I’ve said before that things changed for me when I started to love myself unconditionally but it was also the realisation that what I’d been telling myself about how I couldn’t survive or be happy without them was total bullsh*t.

When I ended things with the Mr Unavailable who triggered the major epiphanies I had about myself and my love habits, I realised that when I was happier alone and being with them only made me feel bad about myself, they were surplus to requirements. It was time to listen to myself and see the wood for the trees.

The person you can’t be happy with unless they’re in your life and loved unconditionally, is you.

Oh you can run out there and try to love other people to death in the hope that the love cup will runneth over and fill you up with whatever is missing, but the reality is that without you loving you, happiness is fleeting and also has the potential to be robbed from you with every person that comes in and out of your life. When you are personally secure and you do love yourself, it means that yes it will hurt when people do come and go, but how you feel about you will be constant, meaning you may feel unhappy for a time, but you won’t place yourself in some sort of personal hell because you will know that you can still be happy, that you can be happier again, and that life is more than this person.

It turns out I could be special and loved without Tom, Dick, and Harry etc (not their real names obviously!), in my own company. You don’t need them in order to feel special, approved of, loved, or with a purpose. You can do all of that on your own.

Want to tackle your beliefs and get happier? Have you downloaded your free copy of Get Out of Stuck? Find out more details.. You can also check out the rest of my ebooks including Mr Unavailable & The Fallback Girl , the No Contact Rule and more in my bookshop..

Personal Happiness: What do you want? Part Three
They Had A Life Before You. Acknowledge The Backstory.
Raising Your Dating Standards: Why you shouldn’t be OK with lazy communication via text, email etc