Are you treating all conflict and criticism as ‘bad’? Negative associations strike again! 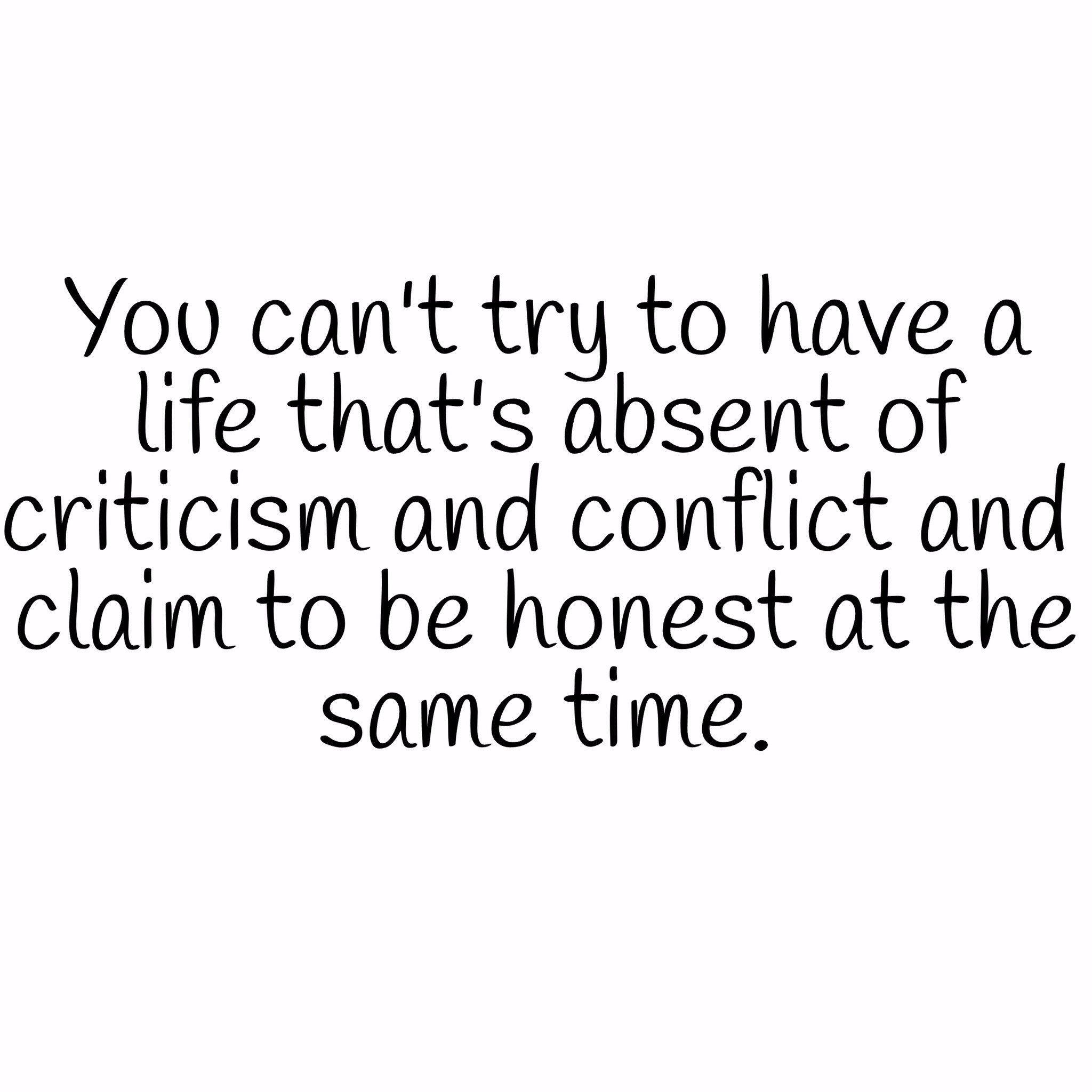 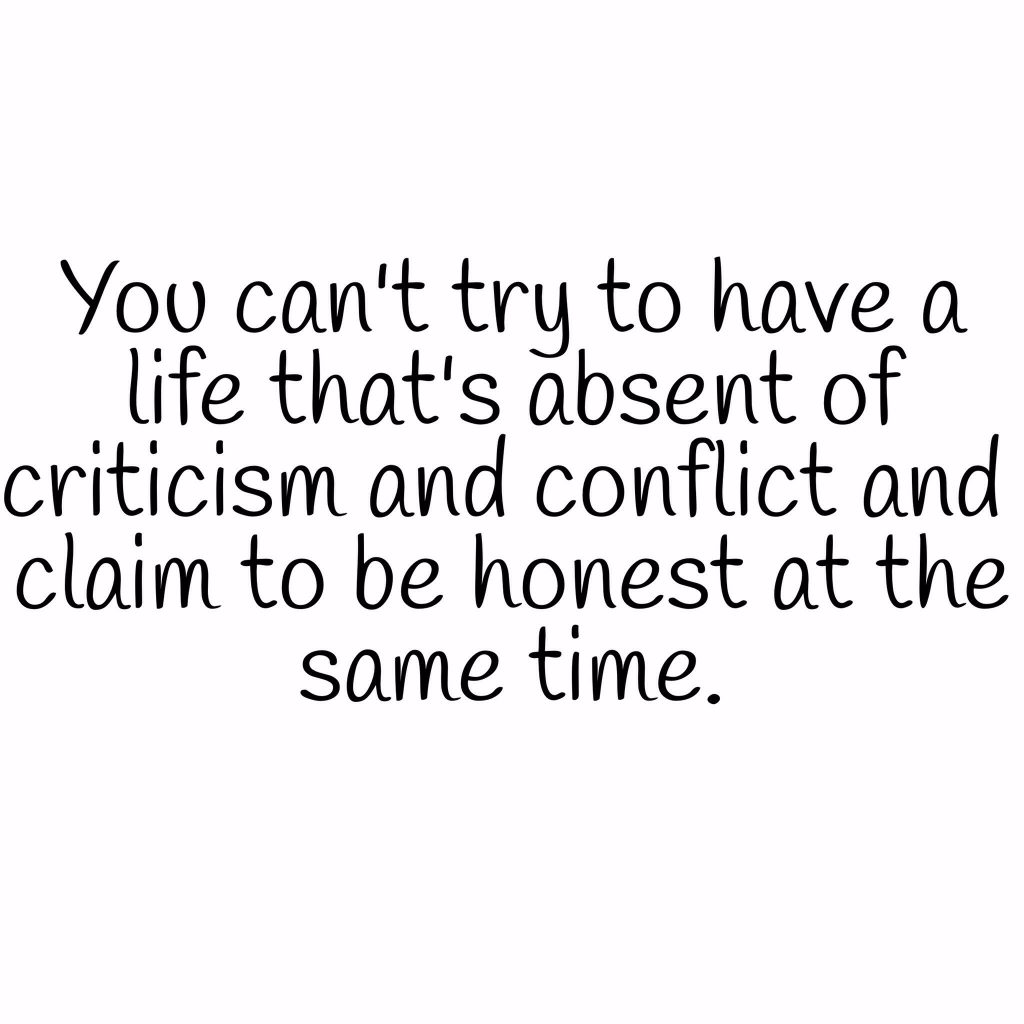 What does somebody who’s having a tough time with a breakup and possibly even battling with No Contact (NC) have in common with someone who regards being disagreed with or experiencing conflict and criticism as not being liked and rejection? Not much on the surface of things but as it turns out, the same issue dominates each situation:

What springs to mind when you think of conflict? If you have negative associations, it will be stuff from the past – memories, assumptions, long-held beliefs, key phrases, and it’s likely that each time you get into a conflict or criticism situation (or c-situations as I like to refer to them), the feelings associated with them will get activated and you’ll slip into your typical response with little conscious thought.

Let’s imagine that when somebody disagrees with us, we associate this with not being liked and being rejected and in turn, we have an associated response of getting angry with the person, which could include lashing out, cutting them off etc. This means that no matter who it is and how much they like or even love us, or even the validity of the c-situation, our response will be prompted by the association, not by the present.

When we examine situations that elicit similar responses, we recognise that they’re linked by association. If we grew up in an environment where conflicts weren’t resolved healthily or at all, or where disagreeing and being different was seen as being displeasing instead of having an opinion and our own set of values, we’ll feel wounded by being disagreed with and by having differences highlighted. We’re thrown ‘back there’ again. Our blanket response treats and regards all conflict as having come from a ‘bad’ place plus all criticism including fair criticism aka ‘feedback’ is treated as an attack. The ‘rule’ becomes ‘You’re either with me or against me. If you’re with me, you don’t disagree with me or be honest. If you do, I’ll take it as rejection and bounce you out of my life.’

Of course we forget when we try to control the amount of conflict and criticism in our lives plus we have ‘heavy’ responses due to negative associations, that we’re limiting our own honesty as well as curtailing it in our interpersonal relationships.

I used to interpret conflict and criticism as a signal to press my eject button soon or that it meant that the person disliked me and was rejecting me. Super defensive, I’d distance myself as quickly as possible. Conflict and criticism in my family used to elicit explosive reactions followed by silence and then pressing the Reset Button as if nothing happened, or you got cut off and cast out. S0me could start conflict and express criticism fair or not, but others couldn’t. It’s easy to see why I had relationships with men who in some instances, could start a fight with a paper bag and tell me all about myself while I was barely allowed a side-eye, and also why even the slight possibility of c-situations would destabilise me, often activating my pleaser tendencies.

Just as I outlined in the breakup / NC scenario, that if we focus purely on the actions but haven’t changed the associations, that what we’re doing is going to feel ‘wrong’ or ‘weird’ which will likely result in going back on ourselves, in c-situations, if we focus purely on trying to change our response (e.g. calming ourselves down, pushing down our feelings) on the basis that on some level we recognise that we’re off base, it’s not going to change the fact that we still associate disagreement with rejection.

We’re attempting to respond to those feelings differently without recognising the beliefs and associations behind the response. We might display less anger but feel quietly resentful and that will play out in our actions, probably in passive aggression. If we evaluate not just our responses but what we’re responding to and the associations, we can then differentiate between disagreement and rejection and in turn change the associations, and in turn, change how we feel and act.

Change the meaning, change the feeling.

Negative associations are indicative of bowling along and into things unconsciously using patterns. It’s the whole A + B = C thing – I feel this so it must mean that and then matching the ‘data’ with a default response.

Negative associations mean that we’re heavily influenced by the past not rooted in the present, which of course confuses the very instincts that we’re using. These associations lead us into blind alleys and have us either doing the same thing and expecting a different response (and then being surprised when we’re in Groundhog Day), or have us feeling under threat when there isn’t one and under-reacting when there is one.

If we work on the associations as well as being more aware of our responses, we’ll get to be angry (it’s a very valid and necessary emotion) without feeling as if the sky is falling down and come out the other side of it plus, c-situations won’t always spell the demise of a relationship, romantic or otherwise. It also means that c-situations won’t signal us being instantly teleported into the past where we may have felt powerless and caught up in BS.  This is important because it’s inevitable when we stick with the negative associations to become afraid of our own responses or ‘losing’ more people out of our lives, which in turn can cause us to feel lost and silenced while also wondering, What’s wrong with me? or feeling angry with lots of people.

Also see my post on learning how to deal with conflict and criticism for improved self-esteem and relationships.

Getting Real About Recognising Inappropriate Relationship Behaviour: He Doesn't Need To Cheat (or Be...
Give Yourself The Gift of Self-Compassion: Stop Judging You & The Rejection Will Subside
Advice Wednesday: How Do I Begin To Make Sense of Being Catfished?
Share this...