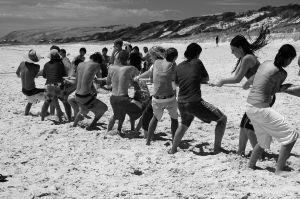 Some say its love. Some say because it’s meant to be. But you want to know the real reason why you’re running back into the arms of your ex?

I know it’s harsh but the only reason why I know this place so well, is because I have been there. But I’ve learned my lessons and that’s why I refuse to go back to that place ever again and that’s why I want to give you girls the strength to do it too!

Break-ups SUCK! There is no doubt about it. I’m not here to preach that they are a wonderful and necessary experience of life –  well not in this paragraph anyway… But hey I’ve been there and its hurts.

Let’s look at the facts. Humans get easily addicted to things. It’s just the way it is, and this is especially evident when it comes to people. Let me ask you guys a question: How many times have you been in a relationship where you felt you had to see the person all the time in order to feel happy?

Come-on now guys. Don’t be shy. You know what I’m referring to. It’s that state where you feel like nothing has meaning unless you are with your guy. You make it HIS job to make you feel happy and to give you meaning. You can’t stand not being with him. The thought of not having him there just kind of makes you itchy. Lol! You feel like every little interesting thing that happens to you .. you have to text or call him to tell him about it.

Soon you find yourself becoming a female version of your partner. You dress the same, you act the same and you think the same. You start to cancel all of your other social plans, just so that you can spend more time with him. He is the number one priority on your list and everything else comes second to that. While that’s very romantic *cough* – this does not lead to a happy relationship. In fact it’s probably one of the many reasons why he broke up with you in the first place.

I think sometimes we get so caught up in relationships we really do forget who we are. We become so addicted to the person that they are our drug and we NEED to be around them to feel happy.

Well girls, I’m sorry, but that is not what a relationship is about. Relationships aren’t about needing. They ARE about giving and reviewing.

With that I want to leave you guys a little video which touched my heart and inspired me beyond measure.

It's Not Fair!
We don't realise how much we missed ourselves until we're out of the painful situation
Some Parents Couldn't Be Who We Needed, and We Need to Forgive Ourselves