What Makes You Cheat? 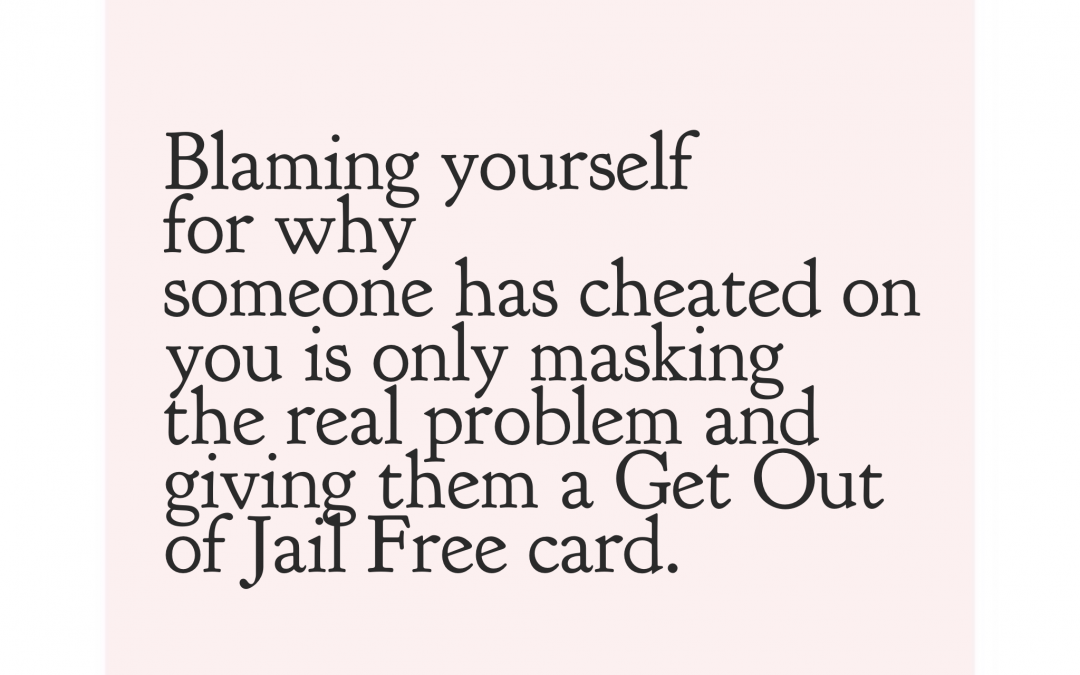 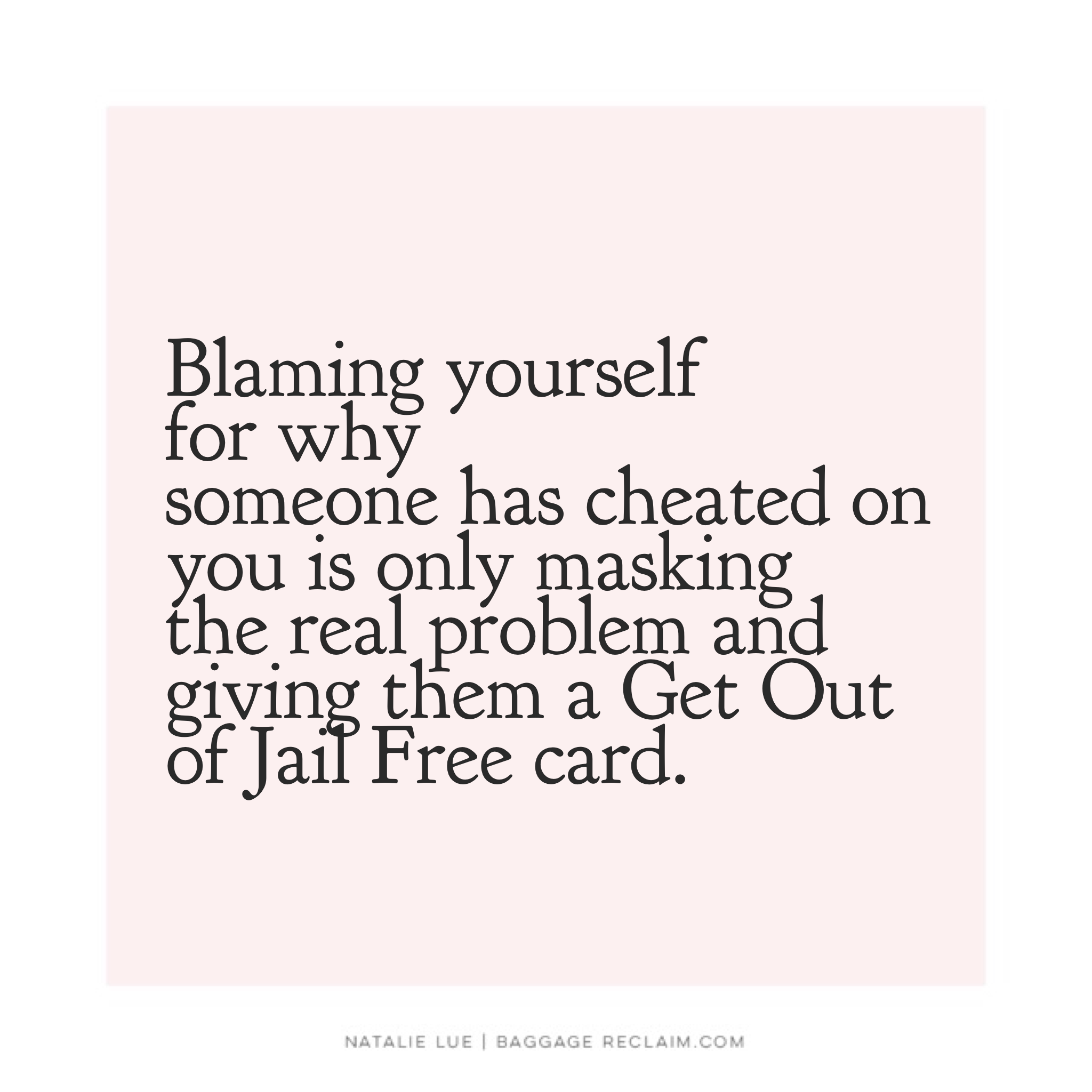 I frequently hear horror stories about people discovering that their significant other is cheating and while it would be all too easy to assume that’s it’s ‘just sex’, I am curious as to what forces are at work when we decide to take the plunge and do a spot of double dealing.

Let’s look at some of the most recent reader scenarios that I’ve heard of.

The scenarios could run and run but they are all cheating, and when you put aside the apparent horniness, I think it’s safe to say that some of the following are occurring:

What does someone do when they need constant reassurance that they’ve still got the old magic and that they’re still attractive to the opposite sex? Go and shake it for all they are worth, creepy-creeping around bars and nightclubs and having a flirt whenever the opportunity strikes. Insecurity can also come about when you’ve been together for a few years and it’s unclear about where you’re headed and you’re not getting any answers. Something internal says you want to play it safe and not bank on your seemingly indecisive partner.

Some couples really struggle to keep the old magic in the relationship. In fact, most do, and I would be suspicious of anyone who says that they have never been through that frustrating period when everything seems ‘the same as always’ and they craved the excitement that a new relationship brings. Years ago you were having sex three times a day, every day and pawing each other at every opportunity, now you’re lucky if you knock boots once a fortnight, and the sex is average. Or you’ve just stopped going out for ‘dates’ and your life together is one big TV marathon. All of a sudden everyone else seems so attractive. I spoke with one such ‘victim’ recently and he said, “I don’t know what the f*ck is wrong with me. I don’t want to have sex with her anymore and I haven’t touched her for ages. However, when it comes to every other woman on the planet, I want to have sex with them.” As we discussed where things may have taken a bit of a nosedive he said, “Well she pulled out all of the stops in the early days of the relationship and we did some wild sh*t together, but what the hell else can she pull out of the hat now?” This story is also a reminder that we need to have a rounded out experience of intimacy and fun in the relationship and not just base our sense of purpose about the relationship on the sex.

One or both of the parties can get really career focused, which is great, but if one or both of you is working all of the hours possible, where do you get that quality time together? “I knew she loved her career, but I had no idea exactly how power hungry she is and I feel like I’m just in the way”. He then cheated with a ‘homely’ woman so that he could feel nurtured. When kids come along, that shifts the focus of attention and if one of them consumes all of their energy with the child, this can often lead to some playing away from home. I recently heard a guy moaning about the fact that his wife is too tired to pay him attention or have sex with him as she’s tired from having to get up for their small child. He bitched for ages and went on about some woman that’s been giving him excessive attention at work and I thought to myself: He could solve all of his problems if he split the getting up with her. Maybe then she’d have enough energy left to massage his ego….

I always work on concrete evidence before I start making noises about cheating, but plenty of people don’t. They get a perceived whiff of it, or they put one and one together and get four and despite the assurances that there is nothing going on from their partner, they won’t let it go. This is where it gets tricky because somebody who won’t let go and then goes out and does ‘payback’ will look rather foolish when it transpires that nothing has actually happened. But what about the accused? Be accused often enough and it can eventually become truth because what difference will it make if the accuser already thinks that you’re cheating?

I have heard some painful stories of revenge that involve destroying every item that the person owned, holding his nuts in a vice grip while he lay beside the new woman, submitting his/her info to all sorts of sites so that he gets spammed relentlessly etc., but some people will exact cheating as their weapon of revenge. I feel sorry for the person who they cheat with as they probably don’t know that they’re a weapon.

For some people when their partner fails to address their sexual desires, this leads to them finding someone else who will. Never mind the fact that the sex between people who are having affair is mind-blowing because it stems from so many dysfunctional things that are at play…

No-one is a mind reader, but if you’ve spelled it out in black and white and your partner isn’t playing ball, what do you do? This perceived sexual incompatibility can create gulfs in a relationship that just get wider and wider the longer the issue remains unresolved, and left long enough, sexual compatibility is often sought elsewhere. That said, you’re not going to solve any problems getting your end away elsewhere…

There doesn’t have to be anything ‘wrong’ with a relationship for someone to cheat. In fact, many people cheat because things are good and even feel like they don’t deserve the relationship and play hooky on their partner. Some are playing hooky on a perfect image that they’ve cultivated.

Yep, some people cheat, just because they can. It’s like constantly pushing the boundaries to see how much they can get away with.

Whatever the reasons, cheating is a form of escape and passive aggression. It’s basically a symptom of inability or refusal to problem solve. When that person is confronted with uncomfortable feelings, thoughts and situations, they look to escape their feelings and the existing relationship and look for an outside solution to an internal issue. The person they cheat with (the Other Woman / Other Man) is like an ‘upper’ or someone to numb the uncomfortable feelings.