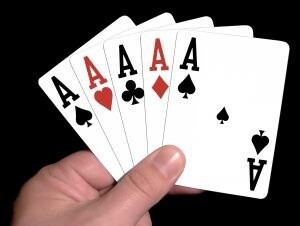 I’ve had a lot of emails asking me what I think of the whole Tiger Woods infidelity saga where, aside from the drama of that midnight dash in the car, there’s been a bevvy of women creeping out of the money-lined woodwork.

Now, before I give you my broad thoughts on some lessons you can learn from this, I will start by saying that the aim of this post is not for me to speculate on the ins and outs of what has happened but to use the situation (much like when I wrote about Mr Unavailable aka John Mayer) to show you all the madness of being involved with someone who is gonna do what they’re gonna do anyway.

A lot of people who cheat, you would never have guessed at their capacity for duplicity and often, it’s not because you’ve been making a lot of assumptions but they have carefully cultivated an image with those around them. The key to the ‘success’ of the cheater is to not be found out by those around them and have their ‘reputation’ damaged. In fact, they can often cope with being caught as long as no one else finds out, often believing they can talk their way out of the situation and even attempting to silence those around them so they can keep up the facade.

Many wonder why someone gets married if they’re not the committing kind? Because it suits them to cheat but having the appearance of stability relieves some pressure. They may have a huge capacity for deceit but they’re also human and maybe they need a spouse/partner to help their career prospects, maybe their parents are at them to settle down, or maybe their publicist says that, for example, a wife helps the good boy family image. Whatever it is, appearing stable and ‘normal’ is important to their image.

2. Never assume that the woman who ‘gets’ the cheater has won

So many readers wonder, ‘Why her, and not me?’, and if you’ve ever lamented why your ex left you to go back to his wife/girlfriend or why he left to go back to the woman he cheated on you with, ask yourself if anyone else really wins with a cheat that hasn’t changed? Where is the comfort in knowing you ‘won’ albeit he’s still shagging around? The only person who’s in a win:win is the cheat. To every woman who has ‘lost’ her Mr Unavailable or assclown to someone else, one day you’ll realise you made a lucky escape.

3. Power can be a dangerous thing for a cheater as they can become narcissistic and assume they’re invincible

I haven’t the remotest interest in golf but I know enough to respect Tiger’s sporting achievements, although that’s as far as it goes. But he, like a lot of men who find themselves with a lot of power, doesn’t know where to draw the line and thinks he’s ‘getting away with it’. Powerful people who have gotten carried away by believing the magnitude of their power and money makes them invincible and who then find themselves being a cheat taking more risks, will actually enjoy the thrill and the knowledge that they appear to be outwitting everyone around them.

They’re playing truant on the persona that everyone else knows and of course, playing hooky on the relationship.

Cheaters are passive aggressive – they let you think that they’re in a relationship with you, nodding their head, agreeing, and making the right noises, and then they sneakily go ahead and do exactly what they want to do.

4. Those who doth protest too much have more steps to fall down the ladder of pride

Who knows in Tiger’s case who’s responsible for cultivating his lily white image because there are many PR wheels turning around him plus the press project things, however, much like those who doth protest too much about how nice they are, or what a family person, good, generous, whatever they are, when you keep saying it or feel the need to keep putting it out there, when you take a fall of disgrace, you take a big one. With the guy that’s an out and proud assclown, even though he’s undoubtedly wrong, it’s not really that surprising when he cheats, but the ‘good ones’ are a mega surprise and will invite even more speculation and outrage.

5. A guy that wants to cheat will cheat

You can put all the sex on a plate that you want, cater to his every need, and attempt to never put a foot wrong but a guy that gets his thrills from being on the down low shagging around will soon get bored, even with the woman he believed was perfect for him and might even change his ways. Just ask Halle Berry…

They don’t need a reason to cheat– they just do it because they can and they believe they are bigger and cleverer than those around them.

They’re reactive and just like when I talk about how Mr Unavailables are reactive and might like strawberry ice cream at 12pm, hate it at 3pm, and then say it’s the most amazing thing at 6pm, the cheat is just riding with the feeling, living in the moment, and very out of sight, out of mind, lacking in empathy for the people they have the capacity to hurt the most.

6. The habitual cheater will actually keep doing it for as long as they can get away with it

Let me be real – if he hadn’t got caught, I doubt he would’ve turned up cap in hand making a confession. While some get sloppy in the hope of getting caught so that they can end their main relationship and be ‘set free’, someone who’s cheating with a number of people is doing it for kicks. Should they be caught, the main relationship will temporarily seem attractive because with it being in danger of being lost, the fear of being out of control gets mistaken for the desire they experience with the chase. With the habitual cheaters, when they say they’re sorry, what they really mean is that they’re sorry they got found out.

7. Where there is one woman ready to be a booty call mistress, there are often others

Or at least women claiming to be the ‘others’…

If they can cheat, they can cheat on you. Never assume that you’re the only person he’s cheating with and that he’s just dishonest with his wife/girlfriend. To cheat, they have to lie to everyone around them. If you’ve ever thought that being one of several women is attractive just look at the prideless mess that is the women flocking around professing to be Tiger’s mistresses. I would be embarrassed to admit that I was one in a long line!

As an aside, have you noticed that these mistresses all look like variations of each other?!

8. When the cheat gets caught, the illusions built up around them come down like a house of cards

The duplicity involved in being a cheat means that when they are caught, everything built around them comes crashing down, removing the very foundations you believed your relationship to be built upon. Everything gets called into question and this is what makes their behaviour so devastating because you’ve both been operating under different sets of circumstances – you think you’re together but they’ve been flying solo.

9. To be a cheat, you need to be a good liar and deceitful

No matter what story gets spun to you about why they’re cheating, don’t be fooled and trick yourself into believing that you’re involved with an honest cheat – there’s no such thing! They don’t just lie to you, they lie to themselves! Some people cheat and quickly realise that they’re not cut out for the stress of leading double lives. They’re still in the wrong, but they get out and attempt to sort out their trouble. Others realise that they have a great capacity for having their cake and eating it too, and come up with more and more ways to have cake. They don’t feel guilty – they do what works for them, saying and doing what they need, to get what they want. They let you think that there are possibilities where there no possibilities. Often they believe their little fantasies but in reality, they often know that unless something catastrophic happens, they’re not leaving their main relationship. With the guy who has mistresses dotted all over the place, that’s just someone getting their rocks off with cheap thrills.

10. Often the clue to our relationship behaviour lies in our past

There has been some talk of Tiger’s own late father cheating on his mother, something he seemingly deplored and yet clearly he hasn’t dealt with his issues or learned from these experiences as he’s ended up doing the very thing he’s supposed to hate. Interestingly he’s said that his mum was the boss of the household which certainly feeds into the idea of playing hooky and passive aggressively showing who’s really in charge, which is exactly what Tiger (and anyone else who cheats) has been doing to his wife. Many of us learn our relationship beliefs from our parents and obviously if they are negative, they can leave us with a nasty hangover that feeds into an ongoing pattern. Maybe he’s afraid of permanency? Maybe he’s afraid of being bored? Maybe he’s afraid of feeling owned, tied down, whatever. The cheater can really only address their behaviour and beliefs that feed into this deceptive relationship behaviour. Until then, they’re fooling everyone, including themselves. Often it takes major consequences to bring about change – maybe the recent embarrassment will be enough.

I’m sure a lot of you are wondering if Elin will stay or go. We have to remind ourselves that the relationships of famous people are different to ours with many factors and people and companies to take into account… I’m pretty sure that it’s quite difficult to stay with someone after being so deeply embarrassed by the publicity surrounding your husband’s transgressions and a non-stop parade of revelations, but in my line of work, I’ve come across women taking men back after doing some pretty horrendous things so I guess she’ll have to weigh up this situation and see if this suits her…or any illusions she may be under…

Rebound Relationships in a Nutshell: Transitionals, Buffers & Why You Should Step Away From The Ligh...
Guest post: No More Drama
Just Because You’ve Agreed To Something Previously, It Doesn’t Mean That You ‘Should’ Do So Again