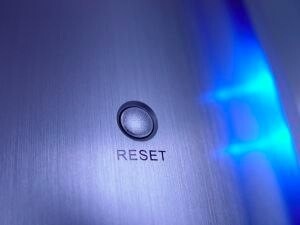 Recently a reader emailed me about his ex-girlfriend.

“I’m at a total loss. She just expects to swoop back into my life and pick up from where we left off. If I so much as mention the problems which include her starting something with a guy at the office as well as a complex web of lies, it’s the silent treatment or accusing me of being a killjoy! I don’t know what to do…I want to believe that we can have a future. I was crazy about her. She says she’s missed me and that she still loves me but how can she expect me to just forget?” Anthony, 36, UK.

Welcome to the special world of people who make up the rules as they go along and bulldoze their way around your life with their terms. If you’ve found yourself with someone who stonewalls your attempts to discuss what ‘went wrong’ or just any discussion that requires them to have some awareness, accountability and responsibility towards you, plus they also seem to have an almost scary ability to disconnect from their actions and your upset, you’re with someone who operates liberally with a ‘reset’ button.

The ‘reset’ button in relationships is where the user seems to believe they have an ability to reset the relationship to whatever point that they feel most comfortable with, which is effectively like erasing the past.

With their assumptive, passive aggressive and outrageous attitude, they operate in a little bubble where they can run around doing and saying what they like and then bamboozle their way around your protests and requests to talk. These people don’t like ‘dwelling’ which is a codeword for basically thinking about, discussing, or doing anything that might cause them to connect with their actions and realise that they have behaved in less than a favourable manner to the people they are involved with. They don’t like to be challenged and will try to penalise you through sulking, withdrawal, and creating conflict so that you realise it’s not worth the aggravation and ‘give in’.

People who use reset buttons:

Disappear for periods of time and return unchallenged.

Leave you for someone else and then start calling you up or trying to see you behind their back.

Have zero respect for boundaries.

Have little or no empathy for you or others. They’re me, me, me, it’s all about me.

Make promises and then renege.

Only do things on their terms even when they pretend they’re meeting you half way or doing things ‘your way’.

Avoid discussions that will throw light on their actions.

Borrow and take from people and feel no need to return. These are the types of people that borrow money and make it ‘subtlety’ difficult for you to ask where it is.

Call/email/text/turn up on your doorstep after you cut contact.

Claim they don’t understand why you’re so mad at them or have a problem.

Expect to be taken back without question.

Expect to have their promises that they have changed to be accepted even though they refuse to acknowledge or accept what the issues were.

Share the burden of their behaviour by blaming everyone else but themselves for their actions. If they can’t blame people, they blame ‘obstacles’ that don’t exist.

Expect to be forgiven even when they have no intentions of being any different.

Have people to default or fallback on who will always be receptive to them. They flit around from person to person, group to group, and back and forth. They teach people over time that it’s not worth the conflict by trying to get them to understand what has happened.

Make you feel like you’re going mad by denying things have happened or even denying they’ve said something or accusing you of twisting it.

Believe that when people get back together, they don’t need to discuss ‘the past’ and that they should just be accepted back if their partners really ‘love’ them which conveys the message that people who love you don’t question your behaviour and accept it no matter how bad it is – which is not true.

Tell you ‘It’s in the past’ or ‘Stop bringing up old sh*t’ and then bring up the past themselves when they try to take cheap shots at your expense.

In the case of the reader Anthony, he needs to realise that it’s not about where they left off, which is where she cheated on him with someone from work – she’s back-peddling to the time before then, where she can pretend that things (or she) was great, and she has no desire to actually work through the problems that led to the demise of their relationship.

As I’ve said before:

If someone doesn’t understand what they did to cause you pain or to fracture or even break the relationship, there is nothing to stop them from causing you more pain.

Whilst I appreciate that none of us want to be ‘killjoy’s’ the reality is that any person worth their salt who wants an honest relationship and is prepared to be honest, knows that sometimes you have to have uncomfortable conversations, and that includes discussions where they may have to hold their hands up and admit they were wrong.

People with their finger hovering over the ‘reset’ button are dangerous.

If you keep pressing reset, you become disconnected from your actions and you’ll fail to connect the dots of your behaviour and not only realise the impact on others, but also what that means about you.

People who have ‘reset’ buttons are the types of people who say (and this is an actual quote that someone said to me recently) “I’ve thought about everything that’s happened. I know I’ve had problems with you, and that argument with X, and that whole thing with Y [and A,B,C,D,E,F,……etc – you get the idea], plus the problems at the various jobs….” and I held my breath thinking ‘Praise be!’ and they added, “but I realise it’s not me that’s the problem.”

These people operate in isolation which makes them short term thinkers who don’t think about the consequences.

They do what they want, when they want, and give themselves license to change the past to something more comfortable that suits them.

These are the same people who tell ‘This One Time in Bandcamp’ stories – sad tales of woe where they distort the real version of events and make themselves look like the wounded party.

A typical one is that guy that says he was crazy about this woman and that she broke his heart when she left him for someone else and she wouldn’t take him back. The real version of events is that he treated her badly, she got sick of him and left him, and refused to have anything to do with which then convinced him that he was crazy about her. So he kept calling, texting etc, begging for another chance, but she’d already moved on with a guy from work and married him and had a whole load of babies. And boohoohoo!

Don’t get things twisted and let someone like this screw with your mind. These are the types of people that will try and tell you the sky is brown when it’s blue. Another reader told me how her ex said something on email to her about getting back together and an hour later he denied it! Point blank!

Again, this is a boundaries thing. No-one should be able to come along and railroad you into some alternative reality where they get to run out of game credits and then just drop a few coins in and return back to the start of the level or even the start of the ‘game’, leaving you wounded and confused waiting for them to catch up – they’re not going to catch up.

When someone acts without love, care, trust, and respect, and then expects you to disregard their actions, they’re not someone who has your best interests at heart and will force you into an illusionary world because they’re never in reality. Decent people who don’t think you fell out the sky yesterday, will credit you with some intelligence and recognise that you can’t bluff, bully, and bamboozle your way back into a relationship if you expect it be a healthy one with a chance of it lasting. Don’t get drawn into their behaviour or over-rationalise it because these are tricky people who don’t feel enough consequences and that’s the only thing that you can do – ensure that there are consequences and that they are not allowed to just gloss over their behaviour if they expect to be with you.

If you’re not happy and are not at peace with whatever has happened, it means it’s unresolved and don’t allow them to downgrade what you feel. Call them on their behaviour and if they don’t like it, they can always flit somewhere else…

Some people hover just below your boundary line
Am I Too Picky? The Tricky Issue of Quality Control In Dating & Relationships (P2)
Your Situation May Feel 'Unique' But Really, It's Not Unique In Literally Being the Only One of Its ...