The Outrageous Principle: When someone tests you to see how much they can get away with 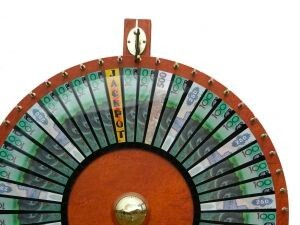 Recently, a lot of the emails and comments I’ve received have had an element of the author being totally bewildered by the outrageousness of the people they’ve been involved with. Like a lot of things in life, we measure other people’s behaviour by our own so often, it can make absolutely no sense to us how someone could even think to even ask or attempt to do certain things with us.

‘I don’t get! Why did he think he could even ask me to do that?! What type of woman does he think I am?!’

The more I see of some of the things that are taking place, the more I am convinced of The Outrageous Principle:

When someone takes a chance and asks or does the most ridiculous thing to test to see what they can get away with. In a dating world where there are often little or no boundaries, this means they take a risk that often pays off.

They use your reaction to their behaviour to deduce whether you’re the type of person that they can get away with flouting the boundaries. Even if they have lured you into believing that there are no repercussions for going along with their action, some of them will make a judgement about you and use this to not only write you off as a serious prospect for a relationship, but to also give themselves carte blanche to mistreat you.

They weigh up risk versus reward and decide that if they get what they want out of things they’re in a win:win situation even though it is done at the expense of your feelings or even your self-esteem.

How do they know they can do this with you? They don’t necessarily pick up a signal from you prior to them doing it, although if they are practiced at drawing in people and pulling their behaviours, they’ll have a fair idea of the type of people that are likely to be receptive. If they’ve given you some early warning signs (red flags) and you’ve missed them, this will also send a signal.

One of the most widespread examples of The Outrageous Principle is when guys push for sexual activity within the first few dates and then, after ‘hitting it’, deduce that you’re too ‘easy’ and not wifey material. We can often be indignant that they’ve even pushed the issue in the first place, wondering what it is about us, that let them think they could ask us about having sex or even feeling us up, not realising that it’s not about us per se; they’re just getting the measure of us and working out how much we respect ourselves. Some women have found themselves going against their instincts (that recognition that it’s outrageous) and going along for the proverbial ride because they get drawn in by the perceived attraction and connection.

The worst offenders of this, are the ones that pursue you, drop all the lines on you, badger you for sex and fake a future with you, pretending that you’re both on the same page and how you’re going to move forward into a mutually pleasurable relationship, only for them to go cold on you or gradually withdraw.

The other equally common example are the guys that bounce your boundaries around by blowing hot and cold and managing down your expectations. For some of them, it’s the simple fact that you give them the time of day in spite of the fact that they have some rather dubious qualities about them. For others, it’s that once they reveal the true nature of their behaviour, our own perception of them doesn’t shift and we don’t get turned off by them, instead often increasing our pursuit the worse that they behave.

The shocking thing about The Outrageous Principle is that yes, the behaviour is outrageous, but once it becomes a regular thing, we normalise it and they expect to be allowed to continue as is, even if we suddenly realise that it doesn’t work for us.

– The guy that keeps calling after you’ve broken it off even though he hasn’t changed.

– The guy that keeps calling even though he has a wife and kids and another woman on the side.

– The woman that tells a whole heap of lies to get the attention of her ex, only to admit that they were lies to get his attention and that she’s not leaving her husband.

– The guy who borrowed money, left her for someone else, and then tries to slink back in…whilst looking for money.

– The guy that has several women on the go and all of them know about it, fighting and vying for his attention.

– The woman that cheated, lied about it, and then when she was eventually caught out, she blamed the cheating on him rather than apologise.

– The guy who has been dripfeeding lies about his nocturnal activities for the past year. Every month brings new revelations.

The key with people who tend to do things on their own terms and have little respect for your boundaries, is that they like to make things easy for themselves. While some people will start small and break you in with some smaller misdemeanors, the ones with little pride and scant regard for your feelings will go for bust and dive in big with major misdemeanors.

If you react badly but are still there, they may fuss around you and appear apologetic, but still deduce that because you’re still there, they know that they can actually get away with a lot. This type of person may just opt to be more covert about it in the future, in effect, letting you think that he’s respecting your boundaries, but passive aggressively rebelling behind your back.

The bigger risk takers who get high off uncertainty, ambiguity and the chase, will actually keep pushing the boundaries, never quite happy with just how much they’re getting away with and wanting ‘more’.

You’ll find that people who don’t respect your boundaries, will rarely just stop at one thing and will be crossing and stamping on them all over the place.

If they’re discovering that there are very few ‘barriers to entry’ because there are no real consequences to any of their behaviour, in spite of the fact that they are wrong, they know that in you accepting it, you have issues with self-esteem and boundaries – you want and need the validation of someone like them even though they add little or no value to the relationship and are actually depleting you of your self-esteem resources.

So how do you deal with people like this? It’s the fundamentals as usual which is having and knowing your boundaries, registering the outrageous behaviour, processing it and taking decisive action as a result.

There are times when you can see shades of grey, but when someone is blatantly crossing your boundaries and doing things that are totally inappropriate and disrespectful, the answer is not to accept it or to analyse the crap out of their behaviour wondering what you did to cause it or how you can fix them; it’s to teach them with consequences, the only real language they understand.

Don’t accept outrageous behaviour in any way, shape, or form, because in normalising bad behaviour, you not only become distanced from yourself and your values, needs, and wants, but you end up in an outrageous relationship…and not for good reasons!

Overused Word Alert: Let's Talk About Being 'Needy'
Podcast Ep. 97: Focus On You - Want A Relationship? Be Prepared To Say No To The Distractions
Advice: Can I keep it light with Mr Unavailable and bail out before I get hurt?