Normalising Bad Behaviour in your Relationships 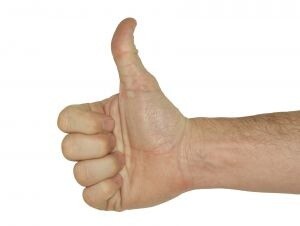 Have you ever found yourself blindsided by the confusion of not knowing what the hell you should think about how badly you’ve been treated by a guy?

Well I can bet if you have been involved with a Mr Unavailable or assclown that you’ve felt this way.

I’ll bet you have!

I was speaking with a reader earlier who has been through exactly this – you know it doesn’t feel good. You know what you like and what you don’t like. You know there is something more than a little jacked up about what you have experienced and yet…

The self-doubt comes in.

It’s the rationalising, the ignoring, the denying, the ability to see gold where there is rusty copper, the confusion, the listening to the words rather than looking at the actions.

More importantly, you no longer know what is ‘normal’ anymore.

Your normal is what you used to think is screwed up.

You have become very good at normalising bad behaviour.

If you imagine your ‘relationship’ with Mr Unavailables and assclowns like this:

Imagine that your capacity to love is at, let’s say 70%. Depending on what flavour of guy you’re messing with out of these two, let’s say his capacity is 20%.

Their oversized ego’s, which compensate for the little boy within, have them rationalising their behaviour to themselves and deciding that they’re Mr Wonderfuls.

You know the “It’s not like I cheat/beat/steal/do x,y,z like ‘other’ guys” kind of rubbish… Or “I wouldn’t be this way if you weren’t so needy/thinner/gave me more BJ’s/let me sleep around…” crap…

This is why they big up themselves and think their crumbs should be more than enough to sustain you.

They throw you a crumb but in their eyes, the crumb has become a loaf in the transit.

They’ve given as much as they’re capable of giving, but it’s not up to much, but in their eyes, they think it’s brilliant because they’ve normalised their own bad behaviour.

The key is that you have got to stop thinking that because someone has given all that they can give that it makes it enough, or believing that you can continue to put your bucket down in the emotional blackhole well in the hope that on one of the buckets trips, some extra emotion will come out.

When they first started doing things that you didn’t like, you will have objected, but in eventually accepting their behaviour because you wanted to believe in the best him, the illusion, the guy you think is hidden within, or the relationship that you so desperately want, your expectations got managed down to accommodate them, and you got trained.

You have adapted to the whims and idiosyncrasies each time you have been with these men, so what was abnormal has become totally normal.

This is how you end up becoming distanced from yourself and forgetting who you are, what you need, what you want etc.

This is why it is important to step back, cut contact, have some breathing space, and figure out who the hell you are, what you’re doing, what you want, and where you are going.

You need to separate yourself from your men and re-establish your identity.

You and your Mr Unavailable/assclown are not the same person.

They don’t get to make the rules – you do.

They don’t get to define the boundaries – you do.

More importantly, you have to step back and re-evaluate this relationship thang because trust me, normalising their bad behaviour and moulding, adapting, and accommodating till the cows come home is not working for you.

You don’t get extra brownie points. They don’t love you more, respect you, trust you, or care about you more. In fact, they just use your behaviour as an excuse to continue their behaviour because they believe and know that if you loved yourself more and had boundaries in place, there’s no way in hell you’d continue to give him the time of day.

If you’ve been saying to yourself that you don’t know what’s normal anymore or that you no longer know what a normal relationship looks like, step back, re-evaluate, and start building a you with boundaries and healthier attitudes towards yourself and love.

If you put your feet in reality and think about how these men have behaved, you will recognise that at times they’ve been nothing short of outrageous! You can only truly see this if you don’t have the shadow of their crap looming over you which is why cutting contact, ending the relationship, whatever it is you need to do, in time, will give you objectivity, which in turn will give you the freedom to take care of you.

Knowing When To Work at Your Relationship Part One
Florence Nightingale: Women That Fix/Heal/Help and Empathy vs Sympathy
Future Faking is partly about using intentions to enhance self-image