Shades of Grey: Rationalising Your Involvement in a Poor Relationship 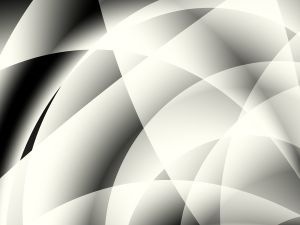 There was a time in my life when I would make excuses for why things were not as they should be in my relationships.

I don’t want to pressure him.

He’s struggling to cope with the strength of his feelings.

He’s waiting for his ex girlfriend to move out….

It’s just his ‘situation’. If he could finish it with ‘her’ he would but he’s afraid of what she’ll do if he ends it.

Maybe I’m a bit much to handle.

This is different. Even though it looks like it’s bad news, I know him in a way that no-one else does and I know what we have is real.

The reality is that this is called creating shades of grey where in actual fact, it’s really quite black and white. Each time I came up with reasons, excuses, explanations, and all sorts of clap trap, i was buying time, living in denial, and seeing what I wanted to see.

One of the things that many a Fallback Girl and in fact, many a woman in a poor relationship will find, is that she believes that she is different or that her situation is different.

Take me. When I spent 18 months of my life pandering to a cheating assclown, I thought I was different to all of those other women who are with ‘somebody else’s guy’.

When the blinders started to lift and I found myself incredibly disenchanted, I found myself fighting harder to prove myself because the thought that I was making a tit out of myself and that the situation was in fact no different, seemed unbearable. In the end, I realised that what was unbearable was sending myself to the slaughter house for a scheduled shag, some conversation to make it look like we were more than what we were, endless discussions and arguments about when he was going to sort his sh*t out, and even more private time on my own spent agonising and analysing my mess.

At the point in my life when I realised that I was a lover of Mr Unavailables, I became super aware that it was time to stop chasing men that don’t want me.

Harsh, but oh so true.

If you have to chase, if you have to fight to make it to number 10 in the queue, never mind number 1, and if your life is spent trying to make him see that you should be together and yadda yadda yadda, he does not want you.

I’ve focused on what they’ve said, how they chased me, the promises but in truth, this is just a bit of chump change.

As I pointed out to a reader today, “It doesn’t matter that they chased you intensely for the first four months – what matters is that now that two years have gone by, he’s not been chasing, treating you decently, or behaving consistently for the remainder of the time.”

If a man chases you for two months of the year and plays hide and seek for the next 10, that means that for eighty three percent of the year, he’s been messing with your head and this is his true character and his true behaviour.

I’m all for optimism, but this is taking the glass is half full mentality to the extreme and putting your focus on the wrong things.

Sometimes, you need to get medieval with yourself. When I realised I’d been with one guy for 5 months and he only blew hot for 2 weeks, I knew I was doing a disservice to myself.

This is the same way that you have to look at yourself too because emotional unavailability is not just about flip flapping men who often come back when they need an ego stroke – It’s about emotionally unavailable women who regardless of whether these men attempt to come back, are putting their lives on hold in the hope that he will come and ‘fall back’ on them.

Shades of grey indeed! Often, it is what it is, even if that makes for unpleasantries but in recognising the truth in your involvement, comes grief, comes acceptance, comes time to move the hell on.

Are men really like rubber bands? Er...No (Part One)
The Reset Button and Just Move On and Fuggedaboudit
Drip-Feeding: When you get the truth (or lies) in installments