Reader Question: How do you teach someone boundaries for a healthy relationship? 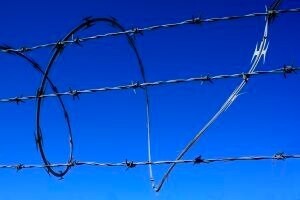 On Monday I explained about how we teach people how to treat us and what to expect from us, and this in turn, threw up some more questions, namely, how do you teach someone, who incidentally has already been disrespecting your boundaries, what your boundaries are for a healthy relationship? There was also the question of how we deal with “small offences” and other things where it’s felt that telling them to get lost is a ‘bit’ harsh.

I’m not going to go over old ground and do chapter and verse on the fundamentals of boundaries here, as there has been extensive posts about them, however, let’s remember:

A boundary is about knowing fundamentally what you are not prepared to accept. Period.

A red flag is something that alerts you to a danger in the relationship that needs to be dealt with. The likelihood is that if it is a red flag, it’s going to deal a fatal blow to your relationship unless you 1) confront the red flag and deal with it and 2) the person who presents the red flag deals with the issue to remove the threat.

Now, let’s be real – we all make mistakes and sometimes we do things that p*ss off our partners but there is a big difference between making a mistake and doing something annoying, to doing something that is inappropriate to conducting a healthy relationship.

Again, let’s say your boundary is that you don’t stay with people who cheat, but he cheats and you take him back – you can easily chalk that up to giving him the benefit of the doubt and having faith that now that he knows that this will not be acceptable again and how wrong it is, that he will not do it again. But what if he does ? And again?

He can call it a mistake but how many times does his penis accidentally on purpose fall out of his pants and into another woman before it becomes clear that being respectful and committed is not on his agenda?

If people have their opportunity to have their cake and eat it too, they do both.

When they have become used to maintaining a relationship in one particular way and being allowed to ‘break the rules’, their noses are bound to feel very out of joint if you then put your foot down and say play by the rules.

At this point, they have the choice to 1) walk away, 2) respect the rules, or 3) do what a lot of these guys do and either make the right noises but continue to break the rules, or just carry on regardless.

The onus continues to rest on you to take decisive action because people who habitually break boundaries do so because they do things on their terms, have no regard for your feelings or what you want (or don’t want), and they lack in empathy.

When people are respectful of other people’s boundaries it’s because they are conscientious people who behave with respect, trust, love, and care, and have some fundamental understanding about what is and isn’t appropriate.

You shouldn’t have to keep spelling it out that it’s inappropriate! It’s not rocket science – these men are not pets or children!

Trying to set rules with someone who has no regard for things that most people with a true desire for a healthy relationship consider basics, is like closing the door after the horse has bolted.

It is our responsibility that if we want to be treated with true love, care, respect, and trust, that from the outset we not only behave that way towards ourselves but that we also have clear boundaries in place that don’t allow us to continue to spend our time around people, investing our emotions in them whilst they abuse our boundaries.

It’s not to say that you can’t say or behave in a way that reflects your new found self-love and self-respect – it’s just that you have to be prepared for the fact that they may not want to play by the new rules. You, if you are truly behind you and are truly putting boundaries in place, have to be prepared to walk away when they won’t be respectful of them.

This is how you set boundaries: You make clear that it’s unacceptable, you don’t accept it, and if they don’t adjust their behaviour, you go.

In fact, you also need to recognise, that the fact that someone would cross these boundaries in the first place is a major indicator that something is seriously wrong.

When you decide that you want to have boundaries, all you can do in a current relationship is understand what your own boundaries are, and either communicate what is not acceptable and then opt out when they cross them again.

This is about being a person of action and showing that there are consequences. If they learn that to continue to behave in the way that they do means that they can’t have the relationship with you, they figure out that you are now a new person with higher self-esteem and adjust their behaviour, or they go and find a new accepting target.

This is really the only way that you teach someone about your boundaries although it does beg the question – wouldn’t it be better to be involved with someone who has a fundamental grasp of decent human behaviour and is respectful by nature?

If you keep trying to set boundaries with someone who basically refuses to respect them, that tells you that the relationship cannot work unless you are prepared to have little or no boundaries, and we all know that this leads to misery.

As for the small offences malarkey – it depends on what is perceived as ‘small offences’. What most people who are engaging in relatively healthy relationships consider unacceptable is what most women who love assclowns and Mr Unavailables let them get away with!

Define your boundaries and don’t keep company with men that have no respect for them. When they do “small offences” make clear that you are not happy and it’s not acceptable – obviously repeatedly doing these “small offences” may be indicative of larger problems.

Every relationship, whether it’s a romantic one, family, friends, co-workers, whatever, requires boundaries. Period.

You want to make yourself a sacrificial lamb to be put on the slaughter again and again? Keep having little or no boundaries.

When you have no boundaries, or have them but are not a person of your word and use them to pretend it’s over and then take them back anyway, you convey that you’re inconsistent and a prime candidate for a relationship that is absent of respect, trust, love, and care. You convey that they are free to do as they like.

You think: When you do something inappropriate, I’m going to shout my head off, say that I can’t take this anymore and then tell you it’s over in the hope that you will see the light. I realise I can’t wait that long for you to see the light as I may be dead in my grave by then, so I take you back because I’m too scared to tell you to bog off, I’m caught up in a cycle of drama, and despite the fact that you have repeatedly demonstrated that you don’t get it, I am hoping that this time, you will associate the fact that I am taking you back and effectively letting you get away with it, with the measure of how much I (foolishly) love and care about you and want to have a relationship with you. You in turn will become a better man because of my love and acceptance.

He thinks: Here we go again. She’s going to tell me how much she loves me, how she keeps trying, how she knows we’re made for each other and no other woman would put up with what she does and then she’s going to say it’s over. Man, we all know it’s not over. She’ll cool down in a day or two and be begging for me to come back if I leave her alone. If things were really that bad or what I’m doing was so bad, she wouldn’t be here. She should know who I am by now. If she doesn’t like it, she should leave. But she won’t anyway. Blah, bla, bla, bla! Hmmm, I wonder if the boys are around later?

Nobody thinks that you love them unconditionally and that you’re a really nice person if you don’t have boundaries – they just think you’re a mug.

How Do You Know If You Should Keep Working At A Struggling Or Even Flatlining Relationship?
He's with someone else - Why her and not me?
What Changed? Making The Positive Choice To Choose You