Reader Question: What do you mean we teach people how to treat us in relationships? 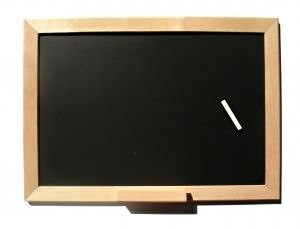 Recently I wrote about whether you understand the dynamics of your relationship and a few people have emailed asking me to focus on the aspect of teaching people how to treat us and what to expect.

I am a firm believer that whilst words are wonderful, if they are not backed up with actions, they eventually move from good intentions to a lot of hot air blowing out someone’s bum.

This means that if you really want to communicate who you are to someone, what your boundaries are etc, this will be best done through your actions which will show them that you are a person of your word that means business.

You can fight the fact that actions speak louder than words and focus on what they say so that you don’t have to get real about what they do or don’t do, but eventually reality comes home to roost because you cannot base your relationship on illusions.

Likewise, you can keep talking so that you don’t have to focus on what you’re doing or not doing, but it doesn’t change the reality.

Many of us talk a good game, telling people what they should see us as and then doing something very different and the unfortunate thing is that if you are not consistent and your words and actions are mismatched, you open yourself up to being taken advantage of by people who know how to exploit that inconsistency.

We do teach people how to treat us because human behaviour is based on acceptance and rejection. No matter what you say, if you persist in accepting rejectionable behaviour, you are teaching the person that they do not need to respect you or your boundaries.

There is absolutely no point in saying ‘You must treat me with respect otherwise I’m out of here’ if when he disrespects you by refusing to accept your calls, disappearing for a while and then resurfacing after a few weeks, you let him back into your life.

You might make a bit of noise about what he has done but for a start, you’re not ‘out of here’, you’re still there and you also send the message that they can pull this stuff with you and that even if you do make a bit of noise, you will be won over. You will only further cement this perception of you if you allow them to cross other boundaries.

Boundaries are about you knowing what is and isn’t acceptable and you registering and dealing with boundary crossing, even if it means you have to turf the person out of your life. Whilst there is of course room for people to make mistakes and also for forgiveness, if the very basis of a relationship with someone is based on disrespecting everything about you, you’re consistently teaching the person that they don’t have to respect you because there is no consequence to their boundary crossing.

A consequence to someone doing something that’s unacceptable is not for you to lose your sh*t with them and then end up chasing them to come back to you because they’ve rejected the fact that you want to respect yourself and threatened to go.

A consequence isn’t talking about something and then reverting to the same old pattern.

Why? Because you teach people that you’re all talk and not much else.

We teach people about ourselves through actions and so you can do all the talking you want but if your words don’t match, it’s the things that get shown, not shown, and unsaid, that can end up being the undoing of you.

If you go to work tomorrow and that person that sits two seats down from you asks you to do all of his work and you do it, and it’s not the first time, you teach him that he can take advantage of you and that he can dump his work on you when it suits. It doesn’t matter if you stand on the table and announce that no-one takes advantage of you – fact is, they do. Saying it’s not so doesn’t make it not so.

If you want a relationship with love, trust, care, and respect, you must act like someone who loves, trusts, cares, and respects herself. If you don’t, you communicate messages to the other person that make it clear that you are the type of person that will make it easy for them to behave in the way that they do, and give you the relationship (or lack of) that they want to give.

No is not a dirty word. In fact, the absence of no, whether it’s because you don’t say it, or you allow people to get away with things that they shouldn’t, teaches people that you will always say yes, or be accommodating of their inappropriate behaviour.

Your thoughts? What have you taught people about you ? Is it good or is it bad?

After The Breakup: Hold Tight To Your Self-Respect and Stop Trying To Be Friends With The Ex That Mi...
When you're afraid they'll become a better person in a better relationship, without you
Being The Other Woman: The Lessons I Learned Part 3