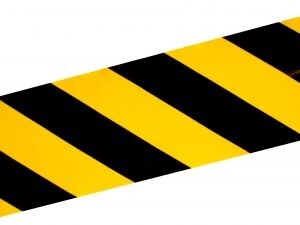 Following part one of this post where I explained why boundaries are necessities, how boundaries are mostly taught through actions, how we teach people how to teach us, and how the core thread of human behaviour in relationships is acceptance and rejection, here are the next three:

5. Even if you don’t have boundaries, believe it or not, he does.

Whilst an assclown or Mr Unavailable will get no brownie points for their relationship style, when they manage your expectations down by blowing hot and cold, or manipulate you into corners, it’s because they have boundaries of their own that they don’t want you crossing. Rightly or wrongly, they do have boundaries and their ‘my way or the highway mentality’ plus their tendency to pull passive aggressive strokes where they appear to be doing as you ask only to do exactly what they intended, combine to keep you inside their boundary lines.

In poor relationships we soon discover how we have to tow the line if we want them to stick around and not be scared off (even if they could do with being scared off). They may not be big on words, but as I’ve repeatedly said, actions speak way louder than words and this is how they maintain their boundaries.

His boundaries aren’t necessarily about values – in a poor relationship it is often about ensuring that you don’t want, need or expect too much of him. When you cross the line and start treating him like he’s your boyfriend, a signal goes up and he reacts to this. Cue disappearing act or whatever his modus operandi is. Ignoring you, disappearing on you, or letting you think that speaking your mind is a bad thing are all master strokes on their parts.

What we fail to realise is that if we had some boundaries of our own, we’d feel the conflict of being involved with them much quicker and register it for what it is and opt out.

This is what makes the whole idea of not needing boundaries redundant – if you don’t, the other person will, only you’ll have to be super adaptable and you can only play by their often shitty rules.

6. If people believe there are no consequence to their actions, they continue with their behaviour – there has to be consequences!

One of the biggest trappings of women is that we consistently reward shitty relationship behaviour with more I love you’s and demonstrations of our love and commitment to the relationship.

You can’t be rewarding bad with good constantly, especially when repeatedly doing this yields the same crappy results! At some point you have to recognise the madness in treating someone good after they consistently treat you bad and expecting a different, better result each time!

It is not up to him to decide the fate of his own behaviour – it’s up to you. You can’t do the whole ‘If he doesn’t want to be around, why doesn’t he just leave? Why does he keep coming back?’ You need to be asking why you can’t end it and why you keep letting him come back when he persistently disrespects you.

Life…is not about saying yes all the time because saying yes to everything, again creates a lack of boundaries. Yes and No are opportunities to define your space and ensure that you put your welfare and best interests at heart. Many women don’t know how to say NO – that’s why they’re run ragged by work colleagues, family and friends who take advantage and men who recognise that they don’t recognise themselves as entities to be respected.

People operate within the boundary lines that you set.

Yes it would be nice if we could all have a common code of conduct with the expectation that people will be respectful and not take advantage, but it’s your responsibility to set the boundaries of your relationships, not theirs. If people hear yes from you all the time, they after a while take it as a given that it’s a yes. You can’t complain after you’ve said yes a thousand times that they didn’t recognise that you may not want to be or do the thousand and oneth thing!

NO is a combination of actions and words. You don’t need to bellowing it at every opportunity but if you don’t say it very often, you need to say it a hell of a lot more because if the reality is that by saying NO that the recipient of it will be uncomfortable around you and won’t want to play ball anymore, you know exactly where the land lies.

All of your adult relationships are a two way street. If people can’t hack that you say NO when their behaviour is inappropriate and can’t adjust to that, it is a sign that they are only comfortable with the relationship on their terms and where you get to be the agreeable, pliable one. Clearly, that can’t work and it’s not a very good indicator of how they see you.

Part 3 will be published on Wednesday is published now. Also read part one.

Why do men blow hot and cold?
It's Unrealistic To Expect Fast Confirmation of 'No Red Flags'
Reader Advice: Help me understand my commitment-phobic obsessive ex!