Advice: Where did I go wrong? The trap of the emotionally unavailable, inconsistent woman 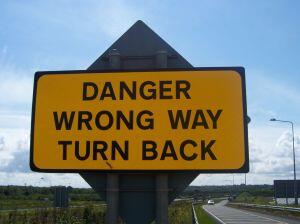 Craig asks: I am 37-year-old single male who decided to try Internet dating as thought it would be a great way to actually meet someone based not entirely on physical attraction. I’d only been on the site for a month when I made contact with a woman who had been unhappily married for twenty years and it had ended two years ago. We initially sent each other a couple of emails before exchanging mobile numbers.

Our first conversation lasted two hours and one of her stipulations was that she did not send text messages nor ask men out. I was comfortable with that. We talked a few more times on the phone with each chat lasting about an hour. In these chats we shared so much, which ranged from meaningful to light-hearted etc. I didn’ t phone her for three days and I received a text message where the general gist was “You are in my thoughts” and “I thought you would have phoned me”. I replied saying that I cared about her etc and would call that night, which I did and we had another long chat where she asked when we were going to meet up. I agreed to meet her on the Sunday – This was no blind date as both our photos were posted on the dating site.

At 7.00pm on the Saturday evening, I received a text message asking “Do you want some company tonight?” I’d already made plans with friends and I did not reply but met up on Sunday as agreed. Our encounter was at her place and for only three hours, as she had to meet someone at the airport. The encounter was very intimate – good conversation, hugs, kisses but no sex, which was fine, as I did not read her to be the type of female sleeping with men they had known for a month.

We had a few more conversations over the phone and same as before they were long etc. I sent her a text message on a Sunday night saying that I hoped she’d had a good weekend and that I would call her the following night, to which I got a 4 page text message saying in short “met up with an old friend who was a groomsman in my wedding party, his wife left him, don’t know where it is going to go but as old friends we need to be there for one another”. I believe her as she has removed her profile from the site.

What I can’t understand is that given her marriage etc I was giving her time and space (not suffocating her so to speak) and allowing what we had to grow. The other thing I found confusing was that during our encounter she would still be on the site nearly every second-third day. Sometimes I felt like I was just a number. And she had been on the site for over a year.

She also had two dependent children who spent only every second weekend with their father. I was comfortable with that and the fact she was dating other men. Having felt for a long time chemistry with a female (not just physical etc) as much as this and knew she felt the same way as per details given.

Did I blow it by not going to see her on the Sat night after she sent text message? She needs to remember that 37yo single guys have already made plans by 7.00pm for a Sat night. Maybe the comment in her text message gave me a hint “her old friend was there for her”. In short what went wrong?

Let me tell you something Craig: it’s not just men who are emotionally unavailable or playa players. Women clearly do it too and you have been played by someone who doesn’t really know her arse from her elbow. The classic sign of someone who is emotionally unavailable is that their actions are almost always in contradiction with whatever is coming out of their mouths. They love the thrill of the chase but they’re always setting you up with tests to fail. You were literally damned if you did and damned if you didn’t.

Trust me, if you had responded to her text and abandoned your Saturday night plans, she’d have thought you were a sucker. You didn’t respond, so she decided that someone she’d barely known a wet month had abandoned her. But regardless of what you had done, she is still likely to have found some poor hapless groomsman to be co-dependent, commitment-phobic, emotionally unavailable, and generally screwed up with. This woman is clearly looking for a source of comfort that she has been struggling to fill and right now, someone who has just been burnt themselves seems to fit the bill better.

That aside, the first alarm bell was her total contradiction with her initial statement that she didn’t do text messages and she doesn’t ask out men. Whilst some may read her subsequent text message as a sign of how interested she must be in you, I read this as a trap. I know I am not wrong in deducing this because after arranging to meet you on one day, she texts you prior to the event the night before to see if you’ll basically drop everything and go and see her, which is actually asking you out. Even after you meet up, she still continues to text you. Clearly texting is not a crime but don’t you think that her actions are in complete contradiction to what she previously stated and doesn’t this bother you?

This woman has manipulated you. It might not be what she intended but it’s what she did. You inadvertently put her in the situation of feeling that she just “had” to do the two things that she claims that she doesn’t do, and it’s possible that in her mind, this translated to “If this guy really understood me, was interested in me and yada, yada, yada…I wouldn’t be doing this”. The big flag that did jump up at me about you though was not calling for three days. I won’t excuse her behaviour but if there is one way to drive a woman cuckoo it’s by appearing to make a connection, promising to call…and then leaving it three days. Why three? Couldn’t you have just left it a day or were you afraid of showing your interest? There’s nothing to say that she wouldn’t have still texted you after a day, but unfortunately you’ll never know…

To add insult to injury she informs you that she’s essentially met someone else via text message and that he was a groomsman in her party (he’s clearly the separated husband of her friend), and how they ‘need to be there for one another’.

You went wrong when you determined how you’d treat her based on her previous marriage. Clearly she wasn’t looking for time and space but you decided that she needed it anyway and there was a clear mismatch here of expectations and interpretations of what was happening between you. You felt very connected to her but you still chose to create this idea of space. You weren’t heeding her rather mixed signals and instead decided to operate on your instincts, which pretty much puts you in isolation. You say that you didn’t mind her dating other guys but you didn’t fail to notice her lurking around on the dating site and she’s wasted no time removing her profile with this other guy. If you did mind, which I sense you did, there is nothing wrong with that.

Some people just need to blow off steam and get some attention, even if it from people that they hardly know that they’ve met on the internet. The trouble with internet dating is that it can create the illusion of a connection that may not actually exist. The flurry of emails and phonecalls and appearing to be soulmates is no substitution for getting to know each other face to face in the real world. You haven’t really done anything wrong other than be a little assumptive, ignore a few cues, be a bit slow off the mark calling her, and maybe having some slightly unrealistic expectations of her and internet dating. I think you’re well shot of her.

Why don't women enjoy a healthy relationship after leaving a damaging one?
Trading On Your Looks & Sex Appeal Part 3
Rejection and disappointment are wounding when you were willing to give you up