Dealing With..Asking Guy’s Out…and No…You Don’t Need To Do It Because You Think He’s Shy 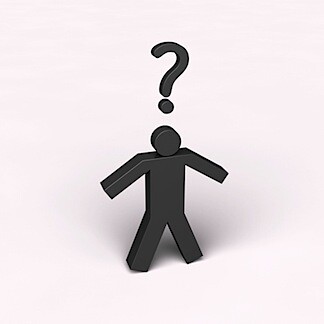 In the past few months, I’ve received almost fifty emails regarding women asking men out. Some went on 1-2 dates and it didn’t work out, or it’s continued but they’re not sure of his interest, feel like they’re doing all the work etc. They all questioned how interested he was in the first place. Here’s the thing – I either asked or it was already volunteered, why they did the asking, and every single one mentioned variations of:

Because I thought he was too shy to ask me.

When someone asks you out, it’s not because they thought you were too shy to do it yourself. They asked because they’re interested in you enough to see if you’d be interested in going on a date, which is the start of the discovery phase of getting to know one another – remember dating doesn’t equal relationship. As women, we have to stop making up bullshit reasons for why men do and don’t do stuff.

I know plenty of shy men – it doesn’t get in the way of asking out women they’re interested in, having sex, getting married, calling, going to work, and I’ve known of so-called ‘shy’ guy’s to have several women on the go. Trust me – if someone is so crippled by shyness, it will affect more than their ability to ask you out.

You may get hijacked by your imagination and your feelings, and when things don’t happen you become impatient and react. Sometimes it’s that you’ve projected your interest and been unable to distinguish between the two of you.

Saying that they’re shy etc is basically treating their interest like a foregone conclusion – they’re interested, there’s just an obstacle in the way.

When women successfully ask out men or they at least don’t go into an agony over their decision to do so, it’s because the basis of the decision to ask him out is a healthy one.

They’re asking him out, not because they’ve crawled inside his head and deduced that he’s interested but needs a push, but because they’re interested, and want to know if it’s reciprocated. They’re also prepared for the possible rejection that comes with the territory.

From the moment you base decisions on the hypothetical thinking of someone you hardly know, it’s a quick slide down a very slippery slope.

Next thing you’re coming up with excuses for why he didn’t call, actions not matching words, or why he’s still not asking you out. You may think that he just needs your help and that you can drive the relationship forward.

While some of you may believe that he’s shy because he’s intimidated by your looks, money, job, or your personality, sometimes…you ask him out because you think that he’ll be flattered and grateful that you are interested which puts you on a pedestal.

You know when you’re asked out by someone and you’re flattered by their interest and you accept but you don’t always end up interested? It’s the same for guys. Just because you did the asking doesn’t mean you’re owed a date, interest, or a relationship.

Don’t give anyone qualities and characteristics that you’ve assumed.

If you do, what will follow are excuses that are irrelevant to your relationship and blind you to the truth, or a sense of rejection or even embarrassment when things don’t work out.

There can be any number of reasons why someone doesn’t make a move – It might be because they’re not interested, but equally they may be involved with someone else, contemplating getting back with an ex, recently broken up, on a dating hiatus, stressed, or even cautious about getting involved with a work colleague or a ‘friend of a friend’. If you’ve been flirting and they’ve been reciprocating and yet they’re not asking, I’d slow your roll – some people like a flirt without follow through.

If you’re going to ask a guy out, get your self-esteem and healthy relationship habits sorted out before you venture into this territory and make sure you’re on an active Bullshit Diet. Avoid asking them out if you’re an overthinker that will be riddled with worry about whether they would have asked if you hadn’t. The truth is, guys don’t concern themselves with this when they ask us out because they’re still by and large expected to do the asking.

My last post was on why you shouldn’t make it the guy’s job to do all the calling and plan making and why aside from those first few dates, we need to be pulling our weight. When someone pursues regardless it means that they’re pursuing their own agenda and working off their own feelings without actually gauging ‘cues’ of interest. They tend to do most of the contacting and pushing arrangements and as a result, it may take a while for them to realise that it’s very one-sided. First clue comes when the other party isn’t returning calls, never initiating, palming them off, and there’s no firm date being made.

If they’re not agreeing to or suggesting to meet up and you’re not feeling a distinct sense of returned interest, back off. Let them call you. Not text – call.

I’d say what I’m about to say to a guy and I’ll say it to you – Slow down. You’re not a used car salesman. Don’t push yourself on someone – you’re worth more than that.

The worst thing is that if you pursue blindly, you actually have no idea if they were 1) interested or 2) would have asked you out if you hadn’t.

And while I’m all for women asking guys out, the same message applies: When a guy is interested, they don’t resist you. If they’re half interested and happy to soak up the attention, they may be quite passive and go on a date for the hell of it. If they’re not interested but happy to soak up the attention, they’ll pass time with you in that same passive way – they’ll keep you in their backpocket for a rainy day. If they’re not interested, they may take your calls, return your contact, but try and blow you off gently, because of the usual thing – they don’t want to be perceived as being an asshole.

Yes it would help if they were upfront about where their interest lies, but you must learn to pick up cues and you shouldn’t mix your feelings into the pot and see meaning where there is no meaning. They’re not shy, scared, busy, whatever so don’t make excuses for why someone isn’t reciprocating interest or making an effort – move onto someone that can and will.

Relationship Advice: How can I keep up the no contact rule with my guy at work?
Why Do Guys Cancel Dates?
Are You Open To Interpretation? Why Healthy Relationships & Happiness Have No Room For Ambiguity