Life Lessons: The Danger of Making Assumptions About People and Relationships 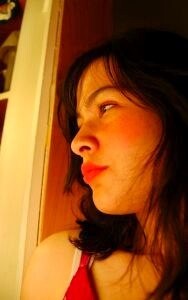 Over the past few days, a variety of things have had one particular word on my lips – assumptions. I’ve written before about the danger of holding assumptions that don’t have a basis especially when they haven’t actually got anything to do with the actual person, which you then in turn continue to base your perceptions and actions on, even when there is evidence that doesn’t support your assumptions.

The key times when I see assumptions creating issues is when:

We love and trust blindly based on assumptions which don’t hold true but we continue to ignore anyway as we prefer the illusion of the assumption.

We assume that someone who we feel attracted to possesses the values, qualities, and characteristics that some ‘we’ want to love should possess. We think ‘Wow I love that we can climb mountains, play football, and listen to John Mayer together’ and assume that makes you life partners even though it turns out, you don’t have shared values.

We look at people or a situation and make assumptions about it, not stopping to sanity check our perception.

A particular example of this is being with a guy and assuming that he’s a pillar of the community, liked by everyone and it’s just you that he’s a jackass with. But I’ve found on a number of occasions that much like how we apply a rosy glow and put people on pedestals, we apply it about their social standing too, possibly because we believe them to possess qualities or attributes that we think make likeable and popular people. What we may not realise is that sometimes these people are tolerated or maybe even liked, but not to the extent that we believe.

For example, people often say to me that they know that they wouldn’t do something so they assumed that their partners wouldn’t and even when they discovered that they did do what they thought they wouldn’t, refused to accept it. Instead, they became boggled by it or even denying it.

We assume that when we communicate something that the meaning is loud and clear and that everything we intended comes through.

In your mind, it makes sense and you hear you loud and clear. However, often, it can be that you’re speaking Chinese, they’re speaking French but you both don’t realise it and continue to assume that the other party is understanding you and become frustrated when they don’t. You’re assuming your communication style is understood or that it is even shared.

We assume that our partners understand why we are p*ssed off or hurt because we assume that people who love us and who want to make us happy know when we’re not happy, why, and how to fix it.

When they ‘fail’ to understand, we assume that it must mean that they don’t love us as much or that the relationship is doomed because they don’t instinctively know what your needs are…even if you don’t either.

We assume that what we are prepared to give in a relationship is what the other person needs because it’s what we are capable (or what we think we are) of giving.

We assume scenarios or things that our partners would do in a hypothetical situation and get surprised when it turns out that actually, they wouldn’t.

We say stuff like ‘Oh well I know he wouldn’t have done that if he hadn’t had A happen to him’ and then feel blindsided when he says that he actually, he would’ve done.

It’s important not to base too much of your life on assumptions to ensure that you’re not just going through the motions of life reacting.

Not assuming everything gives you pause for thought and you have a more conscious, considered approach to life where you can be far more empathetic because you truly put yourself in the other persons shoes or consider them as an individual entity instead of looking at you both as a unit that think, feels, and acts in tandem.

I found myself getting caught out by assumptions very recently where I assumed that what I perceived about someone’s social standing and their friendship was founded. A situation arose and I reacted based on the perception only to discover that my assumption was very wrong. This was an online situation and if you want to apply my experience to your own, be careful of blind assumptions about online relationships and things you see in the written word – it’s easy to knit them all together and make a person that doesn’t exist with a sandcastle in the sky.

I also spoke with a couple who had a misunderstanding and while trying to explain their misunderstanding to me, assumption after assumption kept coming up and each and every one of them was misplaced – remember that you are individuals and that if you put aside the assumption making for a bit, you stand to really learn about each other and appreciate each other’s perspectives.

In life, we do have to make a reasonable level of assumptions. In dating and relationships for instance, you ideally need to go in with a reasonable level of trust and assume that it is well placed based on whatever initial perceptions you have. Your interactions serve as a series of checks and balances – you’re either going to increase your trust because not only are they meeting or exceeding your assumptions, but they are giving you more reasons to feel trusting.

Or…you start out with a reasonable level of trust and your initial perceptions and you discover that the trust or perceptions are misplaced.

When we don’t go through life adjusting our assumptions and perceptions and applying our checks and balances, we end up loving and trusting blindly, and operating off an illusionary point.

It’s like operating your life in a fog where you’re really having relationships with your assumptions and reflections of how you’d like it to be or how you think it is, but not how it actually is.

And this is a good time to remind those of you who are partial to letting your imaginations run riot – The danger of being someone who gets caught up in illusions is that you’re not making assumptions based on perceptions of the person – you’re making assumptions based on the reflection of your imagination. Really, they could be anyone or you could replace them with a cardboard figure – you’re not seeing them, you’re seeing your illusions which makes it an assumptive illusionary relationship.

Part of what created my huge epiphany and changed my life forever, was realising that not only had I dated yet another emotionally unavailable guy in a barely there relationship for five months, but I had assumed that if he had pursued me off the back of him ending a very long term relationship, then he must want to be in a relationship.

In fact, it was not the first time I had assumed that if I was pursued or whispered sweet nothings (nothing being the operative word) to, that it must mean that they want me and are serious, when in actual fact, they wanted me but were not serious or were serious about being Mr Unavailables and assclowns. It took me five months to let go of my assumption but my assumption had actually been challenged and shattered about two weeks after we got together and he started blowing hot and cold and easing his way out of whatever we had started.

If I had not only registered my discomfort but acknowledged it, I would have realised that I was wasting my own time in my own little assuming illusionary bubble.

I still have to make assumptions and so do you because you know what? – We haven’t got all the time in the world to be questioning and second-guessing every move.

We need to invest ourselves in relationships where there are shared core primary values and mutual love, care, trust, and respect and there are two parties living congruent with their values and being authentic. At least then when you make assumptions, they’ll be honest ones grounded in reality and when things shift or you have an error in judgement, you’ll be quick to acknowledge and adjust your perception.

While sometimes letting go misplaced of assumptions (and illusions) signals bad news because it turns out that the reality isn’t good for us, the flipside is that letting go of misplaced assumptions frees you up to enjoy reality.

If you’re making assumptions about your partner, not based on who they are or your experience but on other partners, or other experiences, and your beliefs, you’re missing out on the opportunity to get to know them as they are, and at least make your assumptions on them. Don’t limit yourself to a life based on assumptions that you don’t challenge, especially if they’re negative beliefs you’re holding on to and validating through a self-fulfilling prophecy. In fact, don’t limit yourself or you will end up in limited relationships with limited people having limited experiences based on…you guessed it…assumptions.

Get Out of Stuck! Getting Your Power Back In & Out of Relationships (Part 2)
(Dodgy) Men Translated: I Don’t Know How I Feel About You, I’m Suspicious of White People & Other Of...
Do you understand the dynamics of your relationship?
Share this...