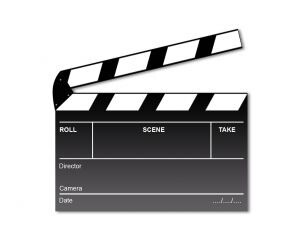 One of the things that you will hear me repeatedly state when talking about relationships is:

You’ll realise if you have an ongoing pattern of being involved in dubious relationships with dubious men, that you buy too much into words and illusion, without paying too much attention to action.

This shouldn’t be a surprise to you if you have found that you struggle to let go of what you believed the relationship to be even in the face of real, hardcore evidence that says that he is not what you believed. We will often find when we are involved in these poor relationships that we spend too much time betting on potential and also projecting our idea of what we think they are or what the relationship could be.

What all of this suggests is that in order to find personal happiness, nevermind happiness within a relationship with another person, we must learn how to get real with ourselves.

Whilst I don’t doubt that it can be hard to let go of what we believed someone to be or what we thought we had, the unfortunate truth is that it only exists in your head – this was something I talked about more extensively in a recent post about letting go of relationships that don’t exist.

At some point you have to decide if you want to put your feet on planet earth and get living, or whether you want to spend an extended period in purgatory thinking about ‘coulda, woulda shoulda’ and ‘if’s, but’s, and maybe’s’ because you refuse to accept the reality of the person you are dealing with, the relationship you had or didn’t have, and the reality of any issues that you may have.

Acceptance and often the change that results from it can be uncomfortable, especially when we have to face truths about ourselves, but if you’re stalling on letting go of the illusion, it’s time to start asking what the trade off is for you in continuing to delude yourself.

What is it about the illusion of the relationship, him, or yourself that works for you?

What truths do you avoid?

The reality is though, as many of you have discovered, it doesn’t matter how much you pretend and avoid the truth because it doesn’t change the reality and it only prolongs the agony.

You’re dodging an inevitable bullet and the inevitable pain that follows.

We have to stop obsessing about how wonderful things were in the beginning and look at the entire relationship and his consistent behaviour.

We have to stop saying ‘but he said…’ or ‘Why would someone say x when he really meant y?’ or ‘I don’t say things I don’t mean so he shouldn’t..’

There are times when we need to recognise that if everyone, especially assclowns and Mr Unavailables told us the whole truth and nothing but the truth, they wouldn’t get to take advantage and do what suits them.

You’re getting information on a need to know basis.

That, and there are also many women who hear but don’t listen anyway, and suffer with I Can Change Him syndrome…

As I said in my ebook Mr Unavailable and the Fallback Girl about men who cheat:

“Unless your guy is brutally honest (which would mean you’re suffering with a case of bad hearing), most cheats, whether they have a girlfriend or are married, are not going to say:

When you keep asking your guy if and when he’s going to leave his wife, consider this: what the hell would you do if he said “I’m not leaving her”?

If he was leaving, he would have left and if you have to keep asking, you should be putting aside what is being said and realise, he’s not leaving.

It took a few more years after we broke up before the guy who cheated on his girlfriend with me left her – luckily I did not wait around! In the meantime, more women went where I had been and reprised my role as The Other Woman…

Likewise, a guy who doesn’t want to endanger his shag, ego stroke, and the security blanket of knowing that there is at least one woman out there that wants him, especially if he hasn’t lined up someone else to leap to, isn’t going to burn all of his bridges with you by being truthful.

This is why you need to improve your self-esteem and ensure that you engage with people who add positively to your life rather than detract from it. When you’re focused on your real happiness, you’ll be more aware of when people seek to blow a lot of hot air and cloak you in their illusion plus you won’t seek to project your own illusions on to them.

Ultimately, you have to be the more mature one and empower yourself so that you’re in control of your own life. You should want to be around people of substance that don’t just talk a fine line but are full of actions that reflect what they’re saying.

Nobody should be able to tell you that the sky is hot pink when it’s blue because you need to be real about what’s real. Likewise, you need to be action focused and when words and actions don’t match, YOU must take action.

Trading On Your Looks & Sex Appeal Part 1
The Importance Of Being Upfront With a Casual Relationship…Even If It Means The Possibility Of It En...
Passive Aggression in Relationships - Part 3