How To Lose An Assclown in 90 Days Excerpt: The Trap of Compassion & Projection with Assclowns 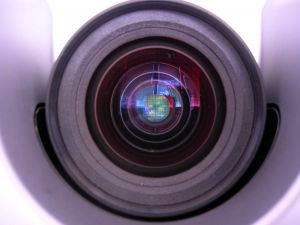 I thought it was time to post a little excerpt which, judging by the comments on my last post, ‘Why do we throw ourselves at bad relationships and then wonder why it hurts?’, is rather timely.

In How to Lose An Assclown in 90 Days, I explain the 7 Deadly Trappings of Relationships with Assclowns and one of them is our tendency to be too compassionate and couple it with projection:

“I’m going to cut right to the chase and be blunt – men are not children that you need to raise from the ground up. It’s not about taking a man with rocky foundations (or even non-existent) and building your vision of him on top of it and teaching him how to be. I hate to break it to you, but one, if not two people, have already parented the man that is in front of you. Someone else gave birth to him and he has grown up and the end result has been an assclown, or at the very least, a man that behaves like an assclown to you.

Men are not waifs and strays, patients at rehab, or people to feel sorry for because they’re ‘wounded’ and one of the hardest lessons that you need to face is that if you extended even half of the compassion that you extend to these men to yourself, you would already be on the road to being a happier, healthier you and these men would not be a part of your life. You listen to excuses, pathetic stories, lies, and all sorts of verbal diarrhea from these men and then you sit back and think, ‘Ahâ! I should give him another chance. He seems genuinely sorry this time and I know that if I had behaved this way and was given another chance, I would be different, so of course, he will be different’.

The trap that women that love assclowns fall into, is that in having ridiculous levels of ‘compassion’ towards these men, you also couple it with the overly simple art of projection. In essence, whatever way you think you would behave if someone were to do what you’re doing for them, you decide it’s what they’ll do. You also have a troublesome habit of being able to recognise on some levels that you have your own issues so you decide that you wouldn’t want someone to be harsh on you for having your issues, so you won’t be harsh on them.

Let me tell you something right now – relationships do not work like this and neither does logic because you and him are not the same person and you’re not even in the same relationship. Aside from the fact that you avoid the reality of his behaviour, you’re the only one with your foot in the relationship and you’re trying to do enough loving for the both of you.

You cannot project how you feel, think, and see things on him. Not only is this co-dependent where you’re avoiding being independent and unhealthily merging the two of you because you place no value in you as an entity, but he has already demonstrated time and time and time again, that he does not feel, think, and see things as you do. If he did, you wouldn’t be reading this!

How you feel does not become how he feels and in its simplest terms this boils down to: Just because you have decided that you love him and want the relationship does not mean that ipso facto, he loves you and wants the relationship too.

In an ideal world, reciprocity in your relationships could leave you reassured that if you treat someone well, they treat you well, but people do not work this way. If they did, the world would be one big happy place.

If you want to be assured of reciprocity, then you need to choose better men to have better relationships with, because choosing an assclown and wondering why he behaves badly, is like knowingly leaving your handbag with a wad of a cash in it in front of a handbag thief and wondering why he’s taken it… You’re focused on the fact that you’re showing him trust and care, and forgetting what’s in front of you – a thief.

In disentangling yourself from your involvement with assclowns, you are going to have to separate how you feel and what you want from what he does because right now, you are ignoring the reality of him and effectively doubling up.

One of the things that happens as you have more and more time away from these men and cold turkey it, is that you recognise that even though you were afraid of being on your own, or feeling what you feel on your own, you were already alone even when you thought they were there. The stark reality will hit that it’s only you that feels this and when it does, this is when you will begin the acceptance that comes with realising that when a man doesn’t want you, you have got to stop wanting him and giving him everything you’ve got, even when he’s not even there to take it! He doesn’t deserve your compassion; he deserves to have the door closed on him. Actually forget closed – make it SLAMMED!

Remember, when you over extend yourself to men that are unworthy of your time and energy, the ’emotional stock’ has to come from somewhere which means you will have to detract from yourself in order to be with him. This, is not love. It’s pain. It’s a subtraction. And if you don’t see the chump assclown for what he is and bail, you will realise that he’s walked away with a chunk of you and left you with a big hole. You’ll wonder who the hell you are. You’ll also start to believe that the only way that you can feel ‘complete’ is by being with him anyway. But…you rapidly discover that it’s a vicious cycle and instead…you need to cut off…and regroup with you and rebuild. In essence, you need to be compassionate to yourself and put you out of your own misery.”

Relationship advice: I 'think' my sister is sleeping with my Mr Unavailable
Holding on to the illusion: Are you emotionally lazy?
Are Emotionally Unavailable Men Narcissists?