Why do we throw ourselves at bad relationships and then wonder why it hurts? 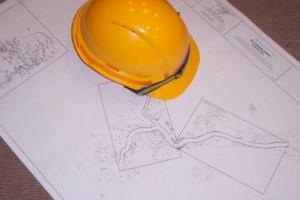 Imagine if you stood on the edge of the pavement (sidewalk) on a busy road. Instead of waiting till it is clear, you purposefully step out as a speeding car approaches. It hits you, but you survive. Now imagine doing this repeatedly and surviving. Yes you’d survive but you’d have surface wounds as well as untold damage internally and it would affect you emotionally, no matter how much you think you’d ‘healed’.

Now we all know that it would be beyond ridiculous to literally throw ourselves in harm’s way repeatedly…so why would we do the relationship equivalent with Mr Unavailables and assclowns?

Why do we, as women, repeatedly throw ourselves at bad relationships and then wonder why it hurts?

There is no denying the lure of some of these men or how because of your involvement with them, it confuses your logic, but at some point, you have recognised how unhealthy these relationships and these men are, yet you actively seek to be with them.

I’ve felt what I in my mind translated as a gravitational pull to some guys in my past. The logic and reality of who they were and what they had done, said lock my door and batten the hatches instead of going to them, but instead I was caught in a damaging cycle that I at first felt powerless to avoid.

Hope made me want to believe they were different.

Fantasy and the lure of potential that I saw in them, that they were actually incapable of delivering meant that each time the ‘game’ started, I was waaaay down the track thinking about all the things we’d be doing together.

Fear of getting it wrong, of turning my back on them and them actually changing, plus fears of seeing my own actions for what they were, would send me hurtling to the distractions that these men provided.

Lack of self-love meant that rather than having a healthy base in me that would recognise inappropriate situations that would detract from me, I was instead looking for love in all the wrong places and looking for men to feel something about me that I didn’t even feel about myself!

When I found myself reflecting on my relationships a few years back, it suddenly occurred to me that as well as being the only recurring character in my soap opera, I was repeatedly engaging in similar situations that yielded the same result.

This is no different for many other women who experience the same issues.

If you break No Contact and start texting, emailing, calling, or sleeping with him, only to find that things quickly slip back to the ‘old pattern’, that’s because he hasn’t changed, what he has to offer hasn’t changed, and the relationship is still the same. It’s not the ‘old’ way; it’s the way that your relationship is going to be if you keep putting your hand in the fire and staying there.

If you agree to take him back because he says he’s changed for the umpteenth time, only to find that the house hunting comes to a halt, or the engagement ring never materialises, or he suddenly has a whole load of obstacles that are ‘preventing’ him from following through, it’s because nothing has actually changed…and…he’s full of sh*t.

Ultimately if you have to keep going back and keep hoping, and keep this and keep that, it’s a signal to you that really, the final curtain on your relationship needs to close.

What I do know now after more involvement with assclowns and Mr Unavailables than I care to remember and the countless experiences of thousands of readers is this:

You can only dine off hope for so long. I’m all for optimism, but at some point, you need to start living, being, and existing rather than skipping in Never-Never- Land.

Fantasy and potential is the hallmark of a doomed relationship because you’re never in the present, you’re either stuck in the past remembering how he was for a short time, or betting on potential that doesn’t exist and romanticising a future based on hot air. You need to realise that the man you see in front of you is who the man is.

Fear derails relationships and creates distrust, drama, and a whole host of problems. Whether it’s internal fears that you allow to cloud your judgement or impact on whether you stay in a relationship, or choosing relationships that are negative and that create external fears which exacerbate your internal fears, powering your relationship on fear is damaging. If I had spent more time addressing my internal fears or registering real external behaviour that was inappropriate and doing something about it, how different my past could be…

Don’t underestimate the power of disliking or even hating yourself. By the same token, definitely do not underestimate the power of loving yourself. I know many a woman whose life has changed simply by learning to like and love themselves, which in turn causes them to treat themselves with respect. I am one of them. Yet…there are many women who still hear this and try to shortcut to the species with a penis. They don’t want to spend the time on themselves as they’re impatient and afraid of their own company or the lack of a relationship. When you start taking care of yourself properly, you will feel the change in you, your life, and your relationships. Period.

If you keep repeating the pattern of hoping, betting on potential, being afraid, not loving yourself and putting your already badly burnt hand in the fire with the same men over and over again, you will get the same results.

It is hard to break the cycle, especially when you’re so entrenched in it but what does make it easier is knowing that you are not a person who is helpless to a random set of circumstances or some guy; you’re actually the facilitator to the cycle because if you change your behaviour, the cycle no longer exists.

You are not a victim.

This was the big shock to me was not being able to chalk it up to fate or blame it squarely on them, and the knowledge was too uncomfortable for me to knowingly continue as I was because in knowing what I was willingly doing and welcoming into my life, I had to be accountable for my own misery.

I remember ending up in tears due to the appalling behaviour of one particular Mr Unavailable but realising that the person who I should be angry with was me. If a man has disappointed you 50 times, why can’t he disappoint for the 51st? And even if he bucked the trend for the 51st time and did something decent, does that define him? Should you forget what he has been for 98% of the time. What are you going to do when he disappoints you the next time? Remember that one time, or remind yourself that you have got another fifty bits of evidence.

I have repeatedly said that you must take the focus off him and bring it back to you. Don’t wait for him to change and place the responsibility for your life being different on some chump assclown; use your own resources within and make the changes yourself.

Imagine if you redirected the energy you spent trying to love people that don’t love you, and gave it yourself?

Should I Give Him A Second Chance? Or a 3rd, 4th, 20th?
Being 'super busy' isn't a justifiable reason for accepting crumbs and mistreatment
The Quality of Our Relationships *Matter*. Forget Forced, Go Organic