So…What is he thinking when he keeps making contact or tries to get back together? 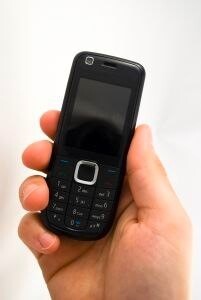 In another excerpt from my ebook The No Contact Rule, I highlight the age old activity of wondering what he’s thinking. Between adding more meaning to his behaviour and judging things based on your own actions or on those of ‘normal’ people, it’s easy to expend a lot of mental energy and particularly when you’re already in NC, it’s important to try and get some perspective so you don’t get drawn into the madness of inconsistency…

Part of the process of NC is that as part of the natural progression of your grieving and healing, you’ll feel inclined to wonder what the hell he was thinking when he approached you to get back together or persistently attempted to make contact with you after you cut him off.

Whatever you think he’s thinking, you probably need to divide that by tenâ€¦at leastâ€¦.

You will likely try to imagine what you would or wouldn’t do and then be confused by his actions because when you rationalise and compare his behaviour with your own or with others, to you it defies logic that someone would say or do things that they don’t mean. Unfortunately, this is not an ideal world. People are not always honest and sometimes, people believe they are being honest ‘at the time’ but they’re distanced from reality and they don’t think about the wider implications of their actions.

If you’re involved with someone who keeps hounding you to get back together only to disappoint you all over again, or who won’t leave you alone when you cut him off and then disappears or even gets nasty on you once you make contact, you’re with someone who reacts to their own fears and panic and says and does what he thinks will likely achieve him getting whatever he wants. If this means that he shuts you up, buys some more time, or very simply, finds himself back in the driving seat controlling the flow of things, then so be it.

He won’t be concerned about the casualties en route.

He’s very ‘of the moment’. He reacts and chases a feeling. He sees something, he wants it. Something doesn’t dance to his beat, it suddenly seems more attractive and recreates what he perceives as a feeling of desire in him. The fear and the panic he feels when he is not in control of you or how the relationship has ended, gets misinterpreted as a signal that he wants you, when in actual fact, he just wants to be in control and feel reassured that he can still count on you to be there.

He’s a flip flapper and even though he can’t commit to being with or without you, he wants you there as an option. Interestingly, his ego will want you to consider him to be your only option.

The likelihood is that when he pursues you after you cut contact or tell him that you want things to be over, he either believes (briefly) that he does actually want you and says that he will be and do and say whatever is needed to get back on side, or he knows exactly what he is intending on being and doing, but he says whatever is needed to draw you in, because his ego can’t cope without the reassurance that you’re still there.

to be in control, to get confirmation that you still want him, to get a shag, to get money, to get a bed for the night, to get away from another woman, to have a shoulder to lean on by treating you like an armchair psychologist, to remind himself that he’s not alone, to make sure all the members of his fan club are still intact, that you’re not the one for him but you’ll do for now;

He feels that surely you’ve seen his behaviour for what it is so you know that he cannot give you what you want.

He is thinking about serving his needs not yours.

If he was thinking about you and your needs, he’d realise that he shouldn’t start something that he can’t finish and avoid putting you in any further pain.

This is something I refer to as faking a future with you so that he can get what he wants in the present. This is exactly what he’s thinking about.

After he chases, it suddenly occurs to him that your expectations of him may have increased to accommodate his pursuit of you or any promises that he has made. At this point he will behave like an asshole or slowly, and very passive aggressively, returning to his previous behaviour, so that it suddenly creeps up on you and find yourself back at square one. He has effectively managed down your expectations again and disappointed you.

He’s not thinking, or if he is thinking, he’s thinking about himself. He’s thoughtless, and that’s not exactly a great trait to have, and he also thinks he can talk and charm his way around. He may not have enough empathy to realise how deeply in emotional debt you are because he is not experiencing any, or only a little pain. This means he cannot comprehend that you are not coping with the pain.

If someone doesn’t know what was wrong in the relationship or understand how they have hurt you, they will continue to act without thought or regard because they have no understanding of what they have done to cause you pain. If this guy is never going to get it, this means that you’re wasting your time going back.