10 Thoughts For The Weekend On… Breakups. Remember – It’s Broken, You’re Not 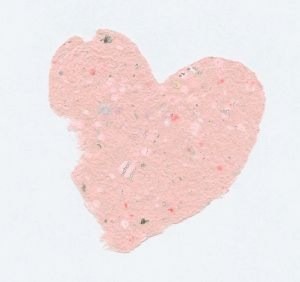 1. It’s broken, you’re not. You’re a separate and distinct identity from the relationship, you’re not the relationship itself. The relationship ending doesn’t mean the end of you as a person – you’re still here! It’s understandable to be hurt, to feel devastated and struggle to deal with not being together, but a breakup shouldn’t leave a vacuum where you existed before. You’re valuable on your own!

2. If you force it back together based on ego and fear, you will completely miss the reasons why you broke up and essentially buckle in for a repeat performance.

It’s easy to take it to a micro level and think everyone is attached and you’re alone in your experience – many people are going through the same thing at the same time. You’re not alone and breakups do free people up to either find a relationship that’s more befitting of them (even if it’s hard to contemplate at the time of the breakup), or to restart when some time has passed and the desire to return to the relationship remains and it’s accompanied by the willingness of both parties to resolve the issues that broke the relationship in the first place.

3. Distance does give objectivity. Sometimes when you’re right in it, you can’t see what the issues are or sort it out. If you grieve the loss of the relationship, the breakup does force you to acknowledge things that you couldn’t see or accept when you were in it.

4. If you try to go back too soon, it’s a knee-jerk reaction that self-soothes you in the short-term but when the high has worn off, you’ll be back to square one.

5. Think of yourself as in beta mode with your attempts at dating and relationships – you’re using feedback from the experience both internal and external to discover what does and doesn’t work for you. We put ourselves out there and think that life is going to be certain things and that we’d be happiest or gain happiness from someone who is xyz. When you listen to and process feedback from relationships that haven’t worked and positively apply them, you can be in something mutual that works much better for you.

6. Mutual friends are people you both knew prior to the breakup or both met during your time. Their own friends may be people you get on with and are even quite tight with during the relationship, but take it as a given that if you break up, they’ll still be friend’s with your ex and may take their side, just like your own friends would with you. If you still remain friends with a distinct identity from the relationship and with no hidden agenda of using them as a direct line to your ex, it’s a bonus.

7. When your ex wants to ‘touch base’ after the breakup and they know you’re hurting and it’s not to get back together, it’s because they prioritise their comfort over yours. They’re not empathising with your position. They may assume their level of hurt is your level of hurt, or that they’re coping or would like to hear from someone if they were brokenhearted – this may send mixed signals and even torment you!

8. You don’t need the other person’s permission to break up. Once one person wants out, they want out. You also don’t need to gain agreement from them on your perspective or agree with theirs.

9. It’s not a breakup if you only went on a few dates. Yes really.

10. There’s no such thing as an ideal breakup. It’s like that scene where Borat is in the shop and the more he tries to avoid breaking stuff, the more stuff he breaks. Even when someone is as nice as pie, it hurts at the time. The only time it might not hurt is when you didn’t care anyway, although you’d be surprised how many people I hear from who didn’t care, but decided they felt rejected after it ended. And you know what? The more you try to avoid the pain and to fight the sense of rejection, is the more pain you end up in. If you get on with grieving the loss instead of hunting them down for validation and trying to force it back together, there is a limited amount of pain that you’re going to experience because you’re not adding on fresh pain.

Relationship advice: I feel guilty about the No Contact Rule. Is it morally wrong to disregard someo...
Post Breakup: To Debrief Or Not To Debrief, That Is The Relationship Question
Relationship Advice: Should I cut contact, try out a new guy, or be alone?
Share this...