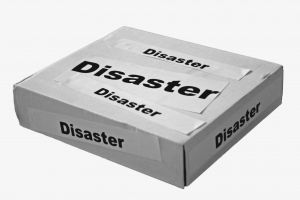 Traci asks “I feel like I fell for an emotionally unavailable guy mostly because I was dealing with a tragedy and was more vulnerable than usual. I attached myself to someone I had only begun dating who ended up being an emotional unavailable guy (I got one good cry on the shoulder experience and then very little after that).

Does this play a role in my willingness to accept the crumbs he gave (mostly in the form of the occasional text message, visit and sex session)?

Was my EUM experience prompted out of desperation for a false sense of security and comfort during a very isolated, lonely time? I always knew that his behavior and his circumstances made him unacceptable for boyfriend material but yet I held onto him just because I don’t know- he was there? Maybe its an excuse, but because I’ve ended things with him and had never been in an emotionally unavailable man situation before I’m more apt to think it was just an exceptional case and not a routine or indication of something deeper in terms of my outlook on men, love and relationships. I am being extra aware thorough and assessing my own traits and patterns now. I know that I’m not ready to look for love again and I need to re-gain my sense of self that I was before the EUM and before this tragic situation. Until then, I know it’s not fair to place unrealistic expectations on anyone I would meet in the near future. FYI: The tragedy was not of a romantic nature; I was dealing with a turbulent family situation that left me in shambles.”

NML says: If you experience something traumatic there is often a fight or flight reflex and sometimes we retreat within ourselves as a way to protect ourselves and also as a coping mechanism. Trauma can make you feel frightened and it tests your ability to gamble your emotions on the unexpected, hence much like when people have a bad break up and find it difficult to emotionally engage, the same thing can happen here.

Until you grieve or face your trauma so that you can move forward, you will be emotionally unavailable. More importantly, you need to face how you perceive either yourself, or how you engage emotionally, or both, as a result of your trauma because clearly something has changed.

In the initial stages of being with an EUM, it is not unusual to feel very connected with them, even though it eventually proves to be a surface connection that has no substance. This is because they blow very hot at the beginning and then veer between hot, warm, luke warm and damn cold. The moment that they think you want more or that they’ve ‘got’ you is the moment that they switch off. The trouble with EUMs though is that they can’t commit to being with you and they can’t commit to not being with you as they need you around to make them feel good about themselves.

If you have only been with an EUM once, then I would take this as a major red alert warning that something has changed with you and address that before you get involved with anyone else. All it takes is one EUM and it can become the habit of a bloody lifetime. You being with him is a reaction to your family circumstances. We look to our families to provide a steady, basic love and emotional connection that you can always turn to. If this has been absent, then it is no wonder that you are feeling quite muddled emotionally.

Family has a lot to do with how people end up emotionally unavailable and this is an important time in your life. The danger is believing that if your own family don’t, for instance, want to be around you, why would anyone else? This of course is not the case, but whatever you have experienced sounds pretty devastating.

I would take the time to think about what it is about your trauma that has caused you to close down. Fear, lack of trust, dwindled sense of self; these can all contribute. You seem very aware and that’s half the battle. It’s when you’re clueless about your involvement with EUMs and think it’s all him that you need to be worried!

Moving past ambiguous situations: It's OK to take a step back when they say that they're not interes...
Men That Live With Their Mothers
Relationship Advice: My boyfriend says that I'm 'Needy' because I want more. Am I?