Advice Wednesday: I Wasn’t Sure About My Boyfriend But Now That I Am, He Just Wants To Be Casual 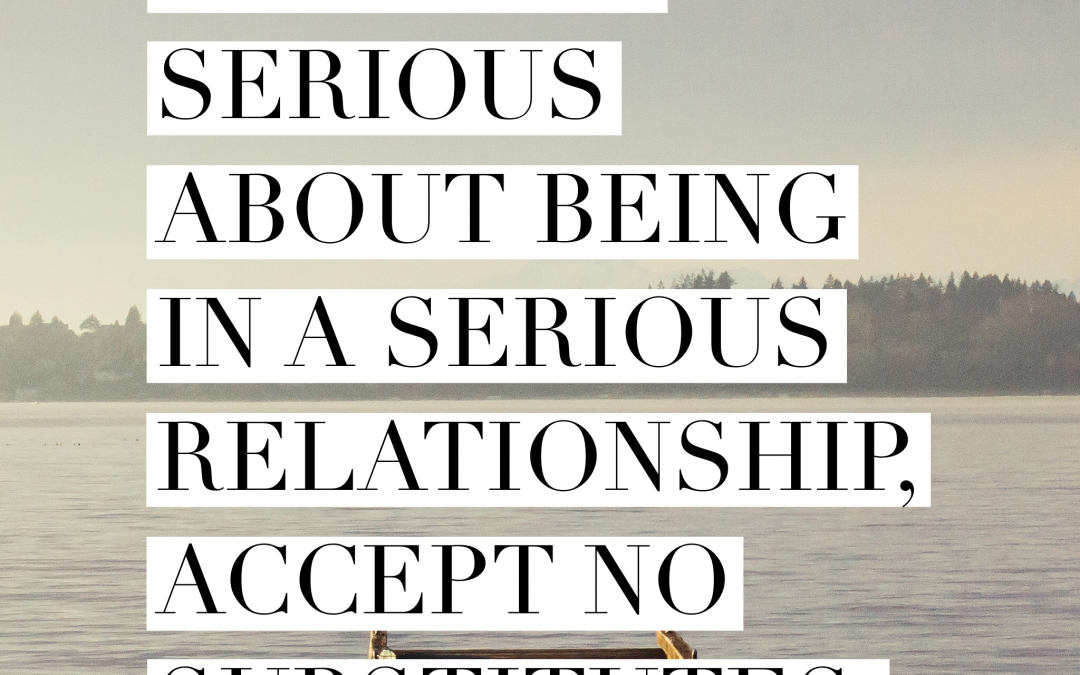 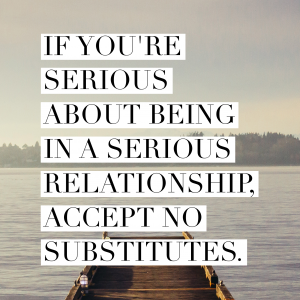 Lucy asks: I met a sweet, lovely person at work, we fell in love and dated for four months. As I came fresh out of a longer friends with benefits relationship (my partner wasn’t ready to date), I had mixed feelings and sometimes felt rushed. I wanted to take it slowly but didn’t want to disappoint my new boyfriend. Still, I felt some incompatibilities (core values). Eventually I felt sad and confused, and asked for time, but my boyfriend said that would mean breaking up. I thought it through and talked to him honestly and we parted as friends. We saw each other at work. While I was figuring out how I felt, we sometimes hugged etc. Recently, when I realised I didn’t want to go back to my ex (who is now ready to date me), we slept together three times and finally I had the courage to ask him to take me back, but things have changed and he wants to keep his options open now. I understand. He offers friendship, even friends with benefits for a while. I feel like I lost the love of my life, miss him terribly. Should I do No Contact or keep seeing him? We’re no longer workmates.

An ego trap that can cause us to spend time on people and things that would be better left alone, is wanting what we can’t have. When you were in your friends with benefits ‘arrangement’, you wanted him to be your boyfriend but he didn’t want to date. You then had a bonafide boyfriend for a few months but you had mixed feelings and ultimately didn’t want to be in a relationship with him, and then some time after the breakup where maybe the first ex suddenly thought something like, “Whoa! Wait up a second! Lucy isn’t jumping to my beat and she’s not going to make herself available to me if I tell her I’m not ready to date. Ooh, I don’t like this feeling of being out of control. What can I do? Oooh, I know–I’ll say that I’m ready to date”, and then dangled that at you, you decided that you don’t want him but that you now think that the man who you have some incompatibilities around core values with is “the love of [your] life”. Possibly feeling that this was a sure bet because he’d originally wanted things more than you had, he’s now decided that he doesn’t want to be in a relationship and is now offering you what you had been discontented with with the previous ex.

This situation is a mess and the truth is, not one of you knows what you really want and that ambivalence is playing out through this friends with benefits game of musical chairs.

Lucy, you were not over your ex when you met your now ex c0-worker and boyfriend. He probably offered sweet respite from waiting around for the person you really wanted to step up and want you for more than just sex and ‘friendship’. You talk about falling in love but you also talk of “mixed feelings”, feeling “rushed” and some “incompatibilities (core values)”. These are not small things and it sounds like you downplayed your concerns and being fast forwarded but it eventually felt too much. Even if you hadn’t gone from one involvement to another, it’s likely that you would have still felt uncomfortable because it didn’t feel as if you were going at a mutual pace and there was too much of a temptation to ignore your feelings and downplay your need for time because you were afraid of disappointing him. When you did finally explain how you felt and asked for time, he said that it would mean breaking up, if anything validating those niggling feelings.

I don’t know what “hugged etc” means but I think that you have picked up what appear to be mixed messages that may have given you the impression that he was more OK with things than he was. In reality, the same guy who told you that you couldn’t have time to decipher your feelings, is the same guy that would feel on some level that he could turn the tables on you now, conveniently offering you what his predecessor did. Of course now that he doesn’t want a relationship, you’re now convinced that he’s the love of your life. I think that if you look at this sequence of events and hand on heart ask you if this man is truly the love of your life or more emblematic of a fear of being left empty-handed and feeling that something is more valuable when it’s not on offer or you’re in danger of losing it, I think you might be in the latter camp.

When you have a fear of committing to what you want and need, it’s easy to hide behind someone else’s ambivalence. You need get honest with you about what you need and want and you need to take ownership of it. You have been and are still prepared to settle for less. You’re now willing to overlook what amounts to significant incompatibilities–believe me, they are if it’s core values–to call this man the “love of your life”. This is cracker in the desert after six months territory–of course the guy who you had a four-month intense relationship with looks like the love of your life in comparison to languishing in a casual sex arrangement that you call ‘friendship’ to make you feel better about waiting for somebody to decide to date you.

If you’re serious about being in a serious relationship, accept no substitutes. If you do, it’s a block to being open for a mutually fulfilling available relationship.

Sex isn’t backdoor entry (excuse the pun) to a relationship. If you want something different, it means that it’s not mutual, which means that it’s time to declare yourself out.

Have an honest conversation with you about your fear of commitment and its origins. Them keeping their options open reflects you keeping your options open. What are you afraid is going to happen? That you’re going to be trapped? That you will get hurt? That you will lose your independence or something else? Also, who taught you to wait around and value sporadic attention? What have you been through that has given you the impression that you’re not worthy of stepping up for the type of relationship you really want? Your answers tell you about what’s really going on here.

As for what to do about him? It sounds like you need time out from both of your exes. No Contact until you’re in a place where you can take care of you in and out of your relationships. It’s not that either of them are ‘bad’ people; you don’t have healthy boundaries with either party and you need to take time to get over both of them so that the next time you choose to be in a relationship, you will do some from a place of love, care, trust and respect. You will be OK but stop letting these guys make your choices for you. Choose you.

Have you been caught out by wanting what you can’t have? Have you tried to keep your options open or felt confused about being in a new relationship after being in a casual relationship?

Did I chase or scare him away?
Why don’t they want my love?
When Mr Unavailables and assclowns use ridiculous statements to justify their poor behaviour