Advice: Help! Is it wrong to have expected my ex to set some boundaries with his interfering female friends & family? 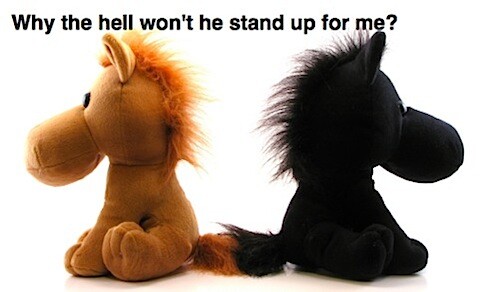 Laura asks: I recently dated a man and decided to ‘opt out’ cordially before it all got messy, as he has many female friends. In fact, almost all of his good friends are female. Now, he isn’t sleeping with them, and they’ve all been friends a great many years, never dated each other, etc. But the amount of sway these gals have in his personal life is staggering! It’s almost like they were all mother in laws, constantly around, always showing up at his house, giving their opinion, guiding him about what to do with me in the relationship, etc. They caused quite a great deal of upset in our relationship, and although I tried talking to him about it quite a few times, he would talk to them, and not me, about our relationship. It got to the point where I simply chose not to deal with them – or him- anymore because it wasn’t worth the upset and feeling bad, unsure, confused, about it all the time.

What are acceptable boundaries to expect respect about from family, friends, and the like? Is it reasonable to expect that the person you’re involved with should stand up for you, the relationship, and basically not allow others to ‘interfere’ to the point of destructively influencing the relationship?

What your guy has is a Narcissistic Harem – a load of women clucking around him giving him an ego stroke – Why extend yourself to a one-on-one relationship when you can have a host of women pandering to your whims and making you feel like The Big Man?

In the Narcissistic Harem, they can be ex lovers, friends, colleagues, family etc. – no matter how ‘platonic’ they all claim it to be, there’s at least a few of them with designs on him…or if they can’t have him, no-one else will.

They’re like a fortress…of his own making and they are the perfect foil. When he thinks about why he has not managed to hold down a relationship, he’ll claim he hasn’t met the ‘right’ woman and feel he can legitimise that view with the validation of his expert team of cluckers.

While I have no issue with opposite sex friendships, where things become tricky is when they impact on relationships and, as annoying as these people are, the fact that they impact says more about him than it does about them. He is a man of free will and old enough to make up his own mind.

Him allowing these women to have so much sway is because it suits him.

The truth is – this guy doesn’t want a relationship. He might say he does but his actions say differently. Just like the guy that’s living with his mother when he’s 50 for no other reason than convenience and a housekeeper on tap, if your guy genuinely wanted a relationship, he’d create the right environment for one – no man with a load of interfering women around him screams ‘date me’.


The fact that he will sell you down the river to appease his friends/family makes him a spineless tit.

These are not attractive qualities in a romantic partner. You need to be able to feel that there is mutual love, care, trust, and respect – you can’t trust this guy.

Their behaviour doesn’t actually reflect you or your relationship – it reflects the dysfunctional behaviour of him and the people he surrounds himself with.

I know tonnes of people with friends and a relationship and none of them behave like this. Fact is – this is not the first time he has experienced the drama with his ‘harem’ – don’t get it twisted and think you’re the first.

You did the best thing possible – opt out. Do not engage in this drama and try and compete because while there is issue with the ‘harem’, the bigger issue is how he handles himself and you’re being set up to fail.


Don’t die on your sword trying to get them to make you the exception to the rule.

They don’t have to like you but it’s obviously great if they do. Everyone needs to be respectful and it’s an impossible environment when they hold too much sway or it’s hostile.


Some people hold you to impossible standards that if you’re that great a person, you’ll bulldoze down the obstacle course of their friends and family. This is dodging responsibility for managing their own relationships.

Friends and family must respect his boundaries as well as yours and as they are ‘his people’, it’s his responsibility to draw the boundary lines, not yours. This means when they start running their mouthes saying inappropriate stuff and interfering, he should be saying ‘Guys, I appreciate your concern and I’m sure you all only want the best for me, but Lauren is who I’m dating and I’d appreciate if you’d all step back a little and let me figure this out myself’. If they say stuff that is untrue, he should be calling them on it.

As partners you will never learn to communicate or resolve conflict if one party is running squawking to their friends and family each time. It’s immature and he is actually helping to communicate the wrong things about your relationship.

You want a partner who is loving, supportive and trustworthy.

You want to know that if someone comes along and starts slating you, he’s not sitting in with them thick as thieves and nodding his head.

Partners don’t have to blindly support us and agree with everything we say and do, but as a basic courtesy, they should under no circumstances be enabling situations where we’re effectively being put down/slagged off and they just sit there.

Depending on how long you’re together and what you’ve both established is the nature of the relationship, it may at times be ‘difficult’ for them to stand up for the ‘relationship’ – this may be because it’s not exclusive or it’s ambiguous and commitment dodgers don’t like to say they’re ‘in’ more than they are.

In your circumstance Lauren, I would imagine that this is part of it. However, even if the exact nature of your relationship is unclear, as a basic courtesy, they can still stand up for you by nipping these conversations in the bud simply by changing the topic even. This amount of drama while dating is a code red, abort mission.

Someone shouldn’t have to choose between their friends and family and a romantic partner.

People who have your partner’s best interests at heart will at least attempt to embrace people they meet and be happy that they’re happy.

It’s not a good indicator when the person you’re involved with hands over their lives to others and takes no responsibility. It’s like you’re in a relationship with all of his friends and family too.

It is OK to ask the opinion of others however it’s disrespectful to not speak about issues with you. Sometimes we try to organise our thoughts with people that know us really well so that we don’t end up saying or doing something – sanity checking. You shouldn’t, however, feel excluded from issues in your own relationship.

The trouble with this guy, is that issues or not, issues were going to be created anyway.

It’s disruptive when people think they can just show up whenever they like, especially in these circumstances. It’s a simple case of call before you show up. I would have been like ‘Oh it’s a shame you didn’t call beforehand – we’re just on our way out!’

Ultimately if their friends and family are destructively influencing the relationship, it’s like you’re a one man army doing battle with his armed force. You’ll put up a good fight, you’ll be brave to even try, but eventually you realise it’s not worth the energy and that their army is assembled because they want them there and/or they’re lacking balls, so really you’re fighting him. There’s nothing wrong with you expecting a partner to set boundaries but recognise that there’s a big issue when they won’t.

Fast-Forwarding: When Someone Speeds You Through Dating
Rejection and disappointment are wounding when you were willing to give you up
Relationship Insanity: Understanding Why You Feel Tempted To Go Back and Repeat Your Pattern With Yo...