Keeping It Real About Valentines Day 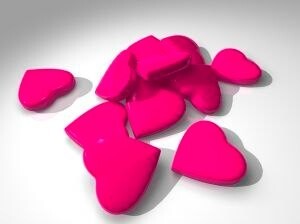 Several years ago on a chilly Valentine’s Day evening, I found myself sitting cramped in a London restaurant with my ex-fiance, a Mr Unavailable. I felt agitated and irritated. I knew that he had intentions to propose which should be a wonderful event to look forward to, but instead, my mind was whirring with conflict. We’d only been together for a few months and most of the time he’d annoyed the crap out of me with his jealousy, possessiveness, and controlling, which had caused some enormous arguments.

Our relationship was passionate but even sitting there trying not to throttle him, I knew that it was a mistake to say yes. I guess I thought that if I said yes though, it would make everything alright.

Like many a Mr Unavailable, he knew just how to kill a moment.

You’d swear he needed a gold medal for him deciding that he wanted to propose yet the conflict of being a Mr Unavailable meant that despite him being the one to decide to do this grand gesture, he was behaving like a complete and utter assclown because he knew in his heart of hearts that he could never deliver on any of the shite that he talked about.

It’s a bit like when Mr Unavailables agree to go on holiday and then they essentially pee on your parade in the run up to it, or ruin the holiday itself because they don’t want you to think that you can count on them too much and…ultimately, they don’t want to be there and are feeling too connected, too committed.

Many women are fooled by being proposed to but what they don’t realise is that when it comes to assclowns and Mr Unavailables, the cost of forking out on a ring is still nothing compared to what they feel is the cost of actually delivering on the expectation of a ring, or even a relationship.

If anything, it buys them time and creates a massive illusion of how wonderful they are, that dissipates, leaving you very confused when you realise you’re not actually going to make it down the aisle.

I know beyond a shadow of a doubt that the only reason why he proposed was to get the relationship under his control and remove the power he thought I had. His plan worked over time until I left him…

Despite my misgivings, I didn’t listen to myself and I said yes when he asked (looking back, you couldn’t get a more detached proposal and acceptance if you tried – fake smiles all round…), and afterwards as the reality set in, I wondered if it would be very bad manners to slip to the bathroom and make a rapid exit out the window!

Why am I telling you this?

Because aside from it being Valentine’s Day today, it’s also a day when many a woman around the world will make an error in judgement because she attaches too much to this Hallmark day.

Next thing you know, you’re sending a text message, picking up the phone, responding to his contact, and thinking that you’ll get back together. Tomorrow, in a few days, or over the next few weeks, possibly even before the day is out, misery will be back.

If you’re in a relationship that’s already floundering, you may have high expectations of this day as if it’s supposed to extract new behaviours from him and has the ability to change him into the man you want him to be.

You may have ideas about what you’d like to be doing or what you’d like to be given, and may be simmering with disappointment later, or be confused by the anti-climax that will follow even if he does do something, because it doesn’t eradicate the real issues that exist in the relationship.

Placing too much stock in Valentine’s Day can only lead to pain.

It’s just one day out of a whole 365 and it’s a gestures-based day. If you start losing your mind over it, it’s a fairly good indicator that you may be someone who needs the gesture more than the substance.

I’ve said it before, and I’ll say it again: I’ll take consistency over a moment, over a day, over a big gesture.

As women, we have to stop dining off glimpses of decency and chasing a beginning when we’re already in the middle or towards the end of our relationship saga.

There’s no point obsessing about how great things were in the beginning, if the beginning stopped a long time ago, and the consistent relationship and his behaviour is far removed from it. That’s the real him and the real relationship.

The boyf and I are going out for our first ‘Valentine’s’ dinner tonight even though we’ve been together for a few years. It’s actually not about Valentine’s – with another baby on the way, a diva toddler, both of us with hectic schedules, we figured we’d use the excuse of the day to eat out (a bit like a two fingers to the credit crunch…), plus my dad will be here to babysit.

I haven’t cared for Valentine’s Day for a long time though because I realise that it should be about celebrating love, not losing your mind expecting from people who don’t know the meaning of love, or going crackers about being ‘alone’. You can still feel alone even when you’re with one of these guys…

It’s a very commercially driven day that induces anxiety in many people and it’s important to keep it in perspective as much as possible.

Wherever you are today and whatever you’re doing, that celebration of love must start with you.

Don’t spend the day looking for love in all the wrong places and remember that it’s just a day.

If you’re feeling nostalgic, whilst it’s nice to remember, keep it real. Yes you can remember what a fab Valentine’s Day you had last year but if he’s a dickhead that subsequently treated you badly, rather than indulge in nostalgia and focus on the minor positive, I’d balance out the nostalgia with the realism of who he is.

In the meantime, enjoy the love of people who really do love you – love doesn’t always have to be packaged up in the species with a penis.

Jedi mind tricks - Why we've got to stop claiming force & influence over other people's actions
Why You Need To Drop Convincing Out of Your Relationships
Why don't women enjoy a healthy relationship after leaving a damaging one?