Reader Question: Why can’t Mr Unavailables either let go of their ex or return to them? 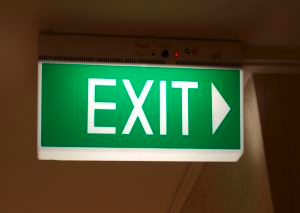 Gaynor asks: Why is it that emotionally unavailable men/assclowns are unable to let go of or return to the ex wives?

My former assclown has been divorced for over five years and is choosing not to move on from his previous life. They have two adult children (one still in college) and continue to get together for family events (every other month) and all holidays events. This is the reason we broke up: he refuses to include me in these events and would not cut the ex out for the sake of the kids. I also found out that he continues to do her annual taxes.

He claims he had been hurt very much in the marriage and rejected repeatedly but continues not to move on with his life. The ex had asked for a reconciliation a year back but he refused. I don’t understand this?

He claimed to have loved me and told me that we were working towards a relationship but with typical assclown behavior he never came through. All words, no action!!!!

They are commitment shy in every sense of the word, fickle, attention seeking, egotistical, and yes, sometimes overgrown babies.

Your guy does not want to make a decision and really, he might as well have stayed married.

As long as he does nothing and remains in limbo, he can convince himself that he is the injured party, that she is a ‘bitch’ or whatever he thinks of her, and that he wants you but the ‘timing’ just isn’t right or whatever.

They want the best of both worlds where they avoid responsibility.

He’s been like this for five years so he has shown you who he is which means you need to take action instead of expecting him to. You have all of the information you need.

He doesn’t want to move on, so you need to move.

I should add that as women, we love burning up brain energy projecting what we think we would or should do if we were him in the situation. We work out logically that if he doesn’t want us, then he must want her, or that if he won’t move on after ending the relationship, he must want her.

How about he just doesn’t want to do anything?

If you were emotionally unavailable and had the opportunity to dodge commitment to anything, a wife asking you back who you could turn down and then you could have your ego massaged for the next year, safe in the knowledge that the ex-wife wants your ass back, and a girlfriend who has been party to the farce for the past five years still hanging on in there massaging your ego and letting you think you’ve got a big ‘ole cake and you can eat it too, would you feel the impetus to be any different?

There is no point over-thinking it. We have an innate desire to attach an ‘acceptable’ reason for someone’s behaviour when actually, often it is what it is, and really, the least of your concerns is why he’s not doing something that has got nothing to do with you.

Once you realise that a guy is useless to you and the relationship, he’s useless. Thinking about the whys and hows of it doesn’t change these facts. It’s called buying time.

You are not his mother, his unpaid therapist, or his rescuer. You’re the woman he didn’t appreciate enough to get his sh*t together because his head is too far up his backside wallowing in misery that he actually wants to stay in because being different seems a damn sight more scary for him.

It is a shame that we don’t apply the same logic to ourselves because if we can be logical enough to work out what they should do, why can’t we work out and do what we should do? There goes that avoidance again…

Emotionally unavailable men don’t do anything because they have women around them that don’t do anything either. The only way to remedy these situations is to be a doer, not a woman prone to Women Who Talk (and Think) Too Much.

'Entanglement' and what happens when we look outside ourselves to feel good
Guest Post: How I Know I'm Not Ready For A Committed Relationship
10 Signs That A Guy Wants You Just For Sex