Advice: He’s miserly with his time, money, and himself 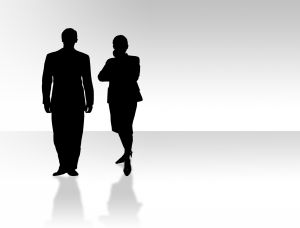 I’ve been dating a guy for a little over a year and when we first met he told me that he didn’t go out much. I thought that was great since I’m not really into the club/party scene, although I do enjoy other activities like dinner, movies, shopping, etc. What I didn’t realize is that when this man (he’s 28, I’m 27) said that he didn’t go out is that he doesn’t like to do anything! During our first months of dating I was able to get him to the movies once and dinner on occasion but that was it. He’s very frugal so I thought that it was the money that made him want to stay in so I was able to get him to accompany me to a friend’s dinner party and a few family gatherings since they wouldn’t cost him a dime.

After the holidays last year he completely withdrew from doing anything with me. On Valentine’s Day he told me that he’d take me to dinner at a place that one of his co-workers recommended. I’d never eaten there before and thought it sounded like fun and asked him if I needed to Google the address or directions and he said no. Well, to make a long story short we never found the place and I offered to call a friend for directions and he told me not to and asked if there was anywhere else I wanted to go. I named another spot and he asked if there was anywhere else other than the place we’d agreed upon or the place that I mentioned and I said no. We ended up at an IHOP that still has a smoking section–how’s that for romantic? When we got there he kept saying how we were there because of me and that he’d rather be at home watching TV. I told him that we should just leave because I didn’t want IHOP. He was determined to give me a Valentine’s Day dinner so IHOP it was. Following that date, we didn’t eat out again until July! The next dinner date was in September after that.

I have even offered to pay for us to go out. It’s not like I’m asking him for extravagant nights on the town. I’ve even suggested picnics, free concerts, or anything to give us a change of scenery and he always says no and suggests that I go out with my girlfriends. At one point he even told me to call up an ex to see if he’d take me out because that would be doing him a favor.

He is so weird about spending time with me outside of our homes. We’d planned a date last month but he called out of the blue to see if I’d be disappointed if we didn’t go out because he’d been invited to a fight party (a party to watch pay per view boxing) at a friend’s house. I find out later that this friend is his ex-girlfriend and that I shouldn’t be concerned about her because she and her new boyfriend are throwing the party. I couldn’t understand why, if that was the case, could I not go to the party, too? The last straw was this weekend when he told me that he was going to the strip club instead of inviting me to come over. But the way he went about it was to guilt me by saying that he didn’t want me to get upset (or have a mood swing as he put it) because he needed some time. It hurt me so bad because he would rather go out and waste hundreds of dollars on strippers but he won’t even give me what I want which is his time, not his money.

I’ve read back over this message and I know that it’s all over the place but I’m clicking submit anyway just in case it makes it to your blog. You always have such straight to the point insight and I would love to have advice on what to do. My friends say that he is selfish and that I should leave the relationship. I agree that he is selfish but he does have his good qualities, too. Am I wrong to hope that he might change some of his selfish ways? In past relationships I’ve always been the woman who deals with so much bull, leaves the guy only to find out that he’s perfect for the next woman. It’s like I make men better for their future mates when they’re just so-so or worse for me.

NML says : OK,I have read through your email and I can’t find anything great about this guy. This guy is stingy with himself, stingy with his time, and stingy with his money. He’s so tight he’d peel oranges in is pocket! Oh that is unless it’s for a stripper….

Guys who are genuinely interested, genuinely care, and genuinely want the relationship to progress put the effort into the relationship. They invest of themselves and don’t carry on as if spending time with you is some enormous hardship. I’m offended on your behalf that a man would treat you in this manner but you need to be offended. It’s not about where he takes you or how much he spends on you, but what does this man want you to do, just because he took you to IHOP? Lick his feet? Why is he behaving like you should be eternally grateful because he deigned to take you there?

This guy is not only emotionally unavailable but I am concerned about his total unwillingness to share in your life. It’s like he has his feet set in concrete blocks. You need a man who is willing to invest himself in the relationship – You don’t need a man who has you down his list of priorities below the TV!

Why are you accommodating his behaviour? The fact that even when it’s something that’s for free and he still drags his feet and won’t get involved suggests that this guy is not interested. He is keeping you on ice, using you at will, and he just doesn’t appear to care. And as for his pitiful excuse about going over to his ex – Yes why couldn’t he invite you? It doesn’t matter who is throwing the party, the point is that he didn’t see fit to invite you when he very easily could have, despite the fact that he was letting you down over your arranged outing.

You say he is selfish and that he does have his good qualities – well I hope so because I have to wonder why you’re with someone who treats and regards you in this way. Why should you have to be so different and accommodating in order to be with him? Why hasn’t he adjusted and compromised?

Always be wary of any relationship that is all one person’s terms. It never spells anything good and is a surefire sign that it is not a healthy relationship. This guy is controlling the temperature of the relationship and he only decides to come out and play when it suits him. And unless he is throwing coins at the strippers, he’s not as frugal as he makes out because strippers aren’t for tight fisted guys…

Don’t allow yourself to be reduced to someone not worthy of effort. At the end of the day, it is out of your hands about what your men do with the next woman but when you find yourself in this situation, often it is propelled by all of the hard work you put in. Unfortunately with men that you try to help, fix, or accommodate, they very rarely appreciate your efforts and your return on investment never comes to fruition because he takes his lessons learnt to someone else. It’s either that or they find someone who accepts them as they are…even when they aren’t that much… Typically when men behave in the way that you have described, it means that they aren’t ready for a relationship and even though you are standing by him, he won’t appreciate it because he is mentally marking you down for being accepting of a man that behaves as he does. Somewhere in his pea sized brain, he knows he is not good enough for you and is wondering why you put up with him, and he assumes that all cannot be well with you if you are interested in him. Also, men are generally far too egotistical to allow another man to do their dirty work for them – The fact that he’d tell you to get your ex to take you out speaks volumes….The best thing that you can do is let go and move on, but you need to be willing to do this. You need to decide that you are better than this situation. If you are betting on a potential that he’s never going to fulfill or hoping that he’s going to change into the type of man who is treating you better, you could be in for a very long wait….

Advice Wednesday #5: My Ex & I Are Very Close (Includes Nude Sleepovers)--Why Does He Sleep With Eve...
Guest Post: Real Life - I Married a Serial Cheater
The Status Quo: A Quick lesson in the dynamics of drama