Guest Post: If you have to wonder if your man is going to spend Christmas with you-run! 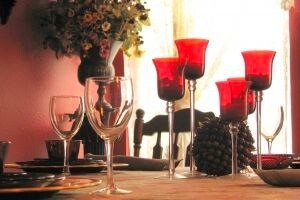 As the festive season kicks into high gear, I have several posts planned and a couple of surprises to help readers cope with a time of year that can really throw a glaring, ugly light over the reality of your ‘partners’. Many of you may be feeling alone, wondering what you’re doing, wondering whether you should break No Contact, or reminiscing about the coulda, woulda, shoulda’s. Trish is recovering from the effect of a flip flapping Mr Unavailable on her Christmases (and sense of self) and and has shared her story with some healing words…

I am sure there have been many posts regarding the battle of being single over the holiday season or some of you may be wishing you were. I thought I would spread some holiday cheer by sharing my thoughts on Christmas.

Dec 1st 2009 I sit here at my desk staring at 2 push pins neatly placed on my cork board – One red, one green, one sore reminder that Christmas is near. I did muddle through my first Thanksgiving holiday alone, followed by his 43rd Birthday a day later. I did keep “No Contact” so hurray for me, although I am not really sure why that is still a challenge after our 4 year relationship ended last February. But who really cares.

Christmas used to be my favorite holiday – Volunteering around town, all the joy, the music, the foods, the gatherings amongst friends. The season of giving. All of that changed two Christmases ago for me after a fun filled day of shopping, coffee shops, and special time spent with my EUM.

I was very excited when he asked me if I wanted to hang out and go Christmas shopping. The year before we spent Christmas with our own families as we were a pretty new couple.

I had every reason in the world to be excited as this would be our first Christmas together after a year and a half into the relationship. We shopped all day, had lunch, a coffee, and hit the grocery store to decide on what we were going to cook on Christmas Day. “Should we have Broccoli”? He said. “I think we should cook a Ham, what do you think we should cook”? He stated. He spoke of games we could play and bought wine for us to drink. My head was spinning, it was really going to happen we were going to spend Christmas together with the kids and cook a lovely meal with togetherness and everything. “Ham, lets have Ham” I urged.

He dropped me off with a kiss on the forehead and a promise to call later that evening. I ran into the house excited to tell the kids we were going to his house for Christmas Day. We ran right out to Target to buy gifts for his girls. A pair of designer earrings, adorable socks, nail polish, and perfumes. We also purchased two pies, a pumpkin and a cherry, his favorite. Neatly my young girls prepared the gifts in bags all done up with bows.

The next day was Christmas Eve, the day that Don told me his ex wife and her family were coming to his house for Christmas. He acted like he had no idea I was under the impression I was coming. Nor did he show any responsibility on how I came to that conclusion. He also invited his ex girlfriend as he didn’t want her to be alone for the holidays. She had been close to his girls and he just knew I would understand his position.

I had no choice but to race out and purchase the holiday meal to salvage Christmas for my girls. It was too late to travel to my parents to be with family. As the three of us spent a quiet Christmas day together my heart broke inside with the thoughts of him enjoying the wine, the food, and the games WE decided on together…without ME?? Not so much as a call from him that day – he said he values his time with his girls and I needed to understand that. When he did call the next day, he brazenly asked if I had a fun Christmas.

If your all wondering whether I stayed in this relationship after this, of course I did – that’s why I am here. Over the next two Christmases that followed, I would patiently wait while he and his ex decided their plans with his girls and quietly wonder whether I was going to get to go or not.

Turns out that all his plans fell through and he came to my house for Christmas. I should have went to my parents and let him hang.

I will say that this year – I may be feeling sad, I maybe feeling a little bit lonely as I see the couples out and about enjoying each other during this time. As I think about him at his home playing games, drinking wine, cooking foodâ€¦. Well, I don’t have to wonder where I stand this year. I don’t have to worry about whether I am deemed good enough by him to come to his home that he isolated me from.

Ladies – I am in the refining fires and I do believe I got the BEST Christmas gift ever – the removal of him and my self respect back.

May God Bless You All and Merry Christmas

Thanks to Trish for sharing!

Do you have an Overactive Guilt Thyroid? Why it's time to lose the misplaced sense of obligation ove...
Advice: Help me understand how my emotionally unavailable man has been treating me
Are you waiting, willing, hoping for The One to enter your life?