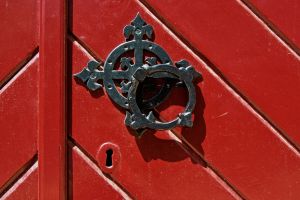 In a guest post from the wonderful Cheekie, she explains how taking control of the drama when she was recently faced with seeing her ex has been liberating…

The biggie. The one we all strive, cry, yearn, wheedle and whine for.
Be it a long term relationship that went south or a Mr Unavailable that disappeared. We need it.

And sometimes, as strong as we may be (or think we are) we can’t always get that final nail in that coffin of a relationship without some kind of catalyst.

So, what happens when you are faced with the devil himself, the man that has tormented your thoughts for years? Does the very thought of running into him send your heart racing and your stomach flipflopping?
Of course it does, that’s natural. Completely normal and to be expected.

We don’t have control over what they might say or do, and that kills us.

We want apologies, we won’t get them.
We want regretful phrases to pour out of them; not bloody likely.
We want to see the pain and agony in their eyes; probably not gonna happen either.
We want their undying declaration of loveâ€¦uh huh, movies ladies, only in movies.

So. How do you handle seeing your ex again? You know it will happen eventually. You will be minding your own business and bam, there he is.

Now you could get yourself all anxious, wound right up, orâ€¦.
NOT.

Seriously.
This happened to me just a couple of days ago.

My ex bf, whom I haven’t seen in 2 years, after spending 5 yrs together.
After he knew and lived with my son and I.
After he was one of the people with which my son learned his first words with.

He was ‘the one’.
Very rocky relationship, plagued with drama and angst, and many many issues.
But, also a lot of love and kindness. And fun. And damn hot sex.
But the bad started to out weigh the fun. It got really bad.
It ended in a flaming ball of what can only be described as poo.

That was the last time I saw his face.
Right at the poo moment.
Broke my heart into a million little pieces.
All that love, wasted. All that angst, for naught.
All that hope, potential, lust – for nothing.

So, yes, when I heard that I might be seeing him due to work related stuff, I freaked right out. I was in quite a state. It carried through for days, affected a lot of things in my life, this panic of mine. Stupid panic. I let it get to me, and it was far from healthy.

So, imagine my surprise when I was told that indeed, Monday would be the day that I would see him.
Initially, I felt that panic start. My neck. Tight as a duck’s arse.
My head racing.
‘Will he ignore me?’
‘Should I ignore him?’
‘Should I yell?’
Many scenarios raced at lightening speed.

Then I stopped.
I took a deep breath. A big big big one.
I tried to think of a positive spin, because there was no way to avoid the situation. I knew more drama would make it worse, make the pain come back. It would re-open wounds that have taken 2 years of healing.
Mostly, I was afraid I was going to want him again. I was afraid of MY reaction, not his and what kind of inner turmoil it would cause.

All this over a guy that I had loved, still love, and always will. (doesn’t mean we should be together though, and trust me, I am a huge romantic)
He meant the world to me.
So, with that in mind, I decided…

It Would Be Nice To See Him.

I started to think about how first and foremost, I needed to be ok with this, and not worry about him and his feelings or reactions.

And, this is someone I cared about, not the enemy; I had to take away some of that power. He isn’t the enemy. He was just as freaked as I was I’m sure, worried about my reaction, what I would say or do. And I had to see him that way, as human.

So, when he walked in and smiled at me. I smiled back.

We chatted. My heart lurched a bit at hearing his voice, seeing that face, seeing all the things I had missed. But, it wasn’t all panicky, I was in CONTROL of myself.

And you know what? He wasn’t the enemy, he didn’t have any more power over me, and most importantly,
it took the anxiety out of the situation. Just that little positive spin in my head took out all the drama. The drama so many of us mistake for passion.

And you know what else? He offered to give me a lift home, which I accepted. And I remember, sitting there in the car thinking ‘Wow. This isn’t horrible. This isn’t tense. This is over.’ And I looked over at him a few times, and without that anxiety and drama, the love was still there, but the desperate need for his acceptance and love was gone. It had disappeared with it’s nasty little neurotic friends.

I am not going to lie to you, I have had a couple of emotional moments over the past few days since seeing him. It’s kind of a purge I think. All these years of trying to heal myself, trying to forget him. It was and is a release. Just as a healing wound can hurt and itch before it is gone.

Could I have done this on my own, even if I didn’t see him?
Yes, I believe I could, if I had only known what I am telling you now.

You will find all that’s left is the truth.

Cheekie is a regular contributor to Baggage Reclaim. She’s a 30-ish single cheeky chick, just wandering her way through the dating forest and trying to leave as many bread crumbs as possible….

Sometimes you've got to treat nostalgia like a guest that's in danger of overstaying its welcome
Refusing self-forgiveness is just another role you play that blocks happiness
Advice: He had his dating profile active and we're in a relationship