They say they love / like you but… you’re the ‘wrong’ religion, colour, age etc 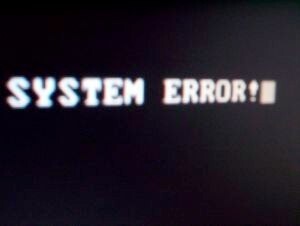 Katie was surprised when her boyfriend of six months told her that he thinks she’s great and “likes her a lot” but that he could only see himself settling down with someone that’s younger and black – they’re both in their forties and she’s white.

When someone says that much as they love / like you, that they can’t be with you, or you have to be kept a secret, or it’s never going to progress into something more serious, you’ve actually been declared incompatible. It’s stuff like:

“My kids can’t cope with me being in a relationship” – sometimes these ‘kids’ are adults with their own children.

They don’t believe in something that they’ve known you always believe in.

One or both of your parents have the ‘wrong’ type of problems.

One time many moons ago before they were in your life, you did something that they don’t like.

You’re too young or too old.

You don’t have enough money or you don’t handle your finances, career etc in a way that they ‘approve’ of.

You have the same kids that you showed up to the relationship with.

They blindside and confuse you because more often than not, whatever it is that they’re deeming you as ‘incompatible’ with, existed when you became involved. This begs the question:

If you can’t be with me because of this, what the frick are you doing with me and why did you get involved in the first place or continue once it became apparent?

What’s incredibly difficult to deal with in these situations is feeling like you’re being ‘penalised’ with a reason that’s beyond your control while at the same time being made to feel that if you win ‘enough’ of their love, they might see their way to changing their mind and letting you into the ‘winner’s enclosure’.

After an ex told me that he’d treated me poorly because I hadn’t told him how to cope with being in an interracial relationship, with my lack of self-esteem, I believed that he would have treated me better had this ‘issue’ not existed. However, even if I’d bleached myself or actually been white, another issue would have been blamed and it doesn’t change his actions.

I’ve come across many readers that believe that they would have gained love, commitment and better treatment had it not been for the fact that they were older / younger / black / white / too dark / didn’t have an alcoholic father / were a Christian / weren’t a Muslim / came from a wealthy family. If you’re already of the inclination to believe that you’re not good enough or that love is about having the power to change someone, this situation will play to your insecurities.

What many don’t realise is that getting into relationships with people that go against your values and may even need to be kept a secret or may be considered rebelling, is just another form of commitment resistance.

It’s made to sound like the feelings and desire to commit are there, it’s just that circumstances beyond their control are preventing them. While some may be genuine reflections of a person’s values, you have to question someone’s authenticity when they get involved with people that contradict a core value that they claim they’re not going to change but they stay anyway.

If they don’t believe in relationships where there’s a significant age difference, why bother?

If they emphatically believe that they could never be with someone of your race, background etc, why not jog on and save you both the time and energy?

If their kids can’t cope with them being in a relationship and they don’t intend to cope, why hang around for a shag, an ego stroke and a shoulder to lean on?

Often, when you dig into their relationship history, they 1) have ‘form’ and have only been with people who they know they ‘can’t’ commit to, or 2) are only with people they have to keep a secret, or 3) they’re unavailable after being with someone who did reflect their values and are avoiding their feelings and commitment with you – rebound relationship with a Transitional.

It didn’t take long for Katie to discover that her ex is always dating white women that he ‘just can’t see himself with’. I know of someone who only dates black or different religion guys that she can’t bring home to her strict parents.

You can end up feeling like you’re not up to standard while at the same time implying that there’s so much love there that they couldn’t ignore or fight it. “Wow, they must be really crazy about me if they’re prepared to go against their values or risk the wrath of their family/community to be with me!” It’s not real risk if they were never intending to truly follow through on it or they think it’s a ‘managed’ risk – just ask Cheaters.

Our values are tied to our beliefs which really help to shape the choices we make and also what we believe our capabilities are in that context. If you don’t believe in something, no matter how hard you try, until that belief changes along with an adjustment of the values attached to it, you’re never going to be truly ‘in’ and committed to something for it to actually work.

Just like the person that doesn’t believe that relationships work always finds a way for their relationships not to, and the person convinced that they’re not good enough finds reasons to legitimise this belief, people who don’t believe they can be with you, will find a way to keep pressing the exit button and sabotaging your relationship until it dies anyway. You can also never feel truly secure with them – they don’t have your back!

Some of these reasons are legitimate. Religion for example is very important to many and a basic part of relationships is respecting each others values – if you ignore or try to impose your values, you end up incompatible anyway.

People of different races, religions, ages etc get involved all the time – these people believe that they can be who they are and be with the other person because their feelings and how they want to conduct their lives are mutual. Equally, I’ve seen these situations not work out because the feelings may be there but the difference in values couldn’t be overcome – incompatible. Equally people of the same race, religion, age etc have completely different values, so it’s important to see the wood instead of the trees.

When someone says they ‘can’t’ be with you for whatever reason and they’re not looking to co-pilot a relationship with you and find a solution you can both live with, they’re unavailable.

Don’t get confused and think “If they loved me they’d change.” People love all the time and struggle to change smaller things than a major difference in core values. If they don’t figure out who they are, what they want, and ultimately make a decision and commit to it, you’re just being made to wait around while they get to have their cake and eat it and avoid commitment. In the worst instances, you’ll be kept as a back pocket option while they secretly or even openly get involved with someone else.

You don’t want to be someone’s secret or rebellion companion. Just like the person who overestimates their capacity for a relationship, some people overestimate the possibility that they’ll ‘change’. And then just like the many that think that if someone is that great they’ll spontaneously combust into being available or a better person, some people set you up to fail by putting it all on you to galvanise them into changing their values.

When someone says that you’re not the right one for them or that they ‘can’t’ be with you, it means they’re no longer the right one for you. You can’t ignore core values – if it wasn’t that important or it was mutual, it wouldn’t be making a difference.

Go and find a mutual relationship. Not just in feeling, but in intent, commitment, and shared values. And it should go without saying – whatever it is that ‘stops’ them from being with you / being able to commit is a reason but it’s not an excuse for any dodgy treatment of you. Nuff said!

What Changed? Making The Positive Choice To Choose You
So What is Commitment-Phobia?
More On Sexual Values: Questions To Ask Yourself Before Embarking On Sex