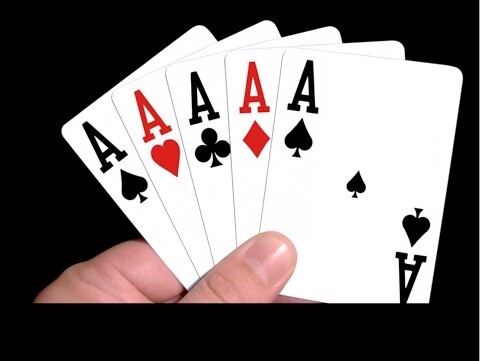 1. It’s important to remember what cheating actually involves – being dishonest in order to gain an advantage, avoiding something undesirable by luck or skill, to engage in deception and trickery, and to be fraudulent.

It involves lies, omission, manipulation, and for ongoing affairs, an element of being a confidence trickster. The advantage – two relationships and much of the trappings that come with each without being committed to either. Avoiding commitment, intimacy, responsibility–basically everything to do with an available relationship. Which brings me neatly to…

2. There’s no such thing as an honest cheat.

Really. Stop thinking that it’s the situation or ‘love’ that’s made them dishonest and that under ordinary circumstances they’re a saint. They’re not being 100% honest with you and ‘just’ lying to their partner. Bad enough they bullshit you but don’t bullshit yourself. They’re dishonest…even when they shag you well and make promises they have no genuine intention of delivering on. Cheaters lie to themselves–it’s how they can keep going.

3. Just because someone’s married/in a relationship doesn’t mean that they’re capable of commitment.

If you’re treating the cheater like they’ve been ‘pre-approved’ and ‘vetted’ via their status, you’re only proving you know shag-all about what commitment actually involves and that you like ‘titles’. Cheating = uncommitted = emotionally unavailable.

4. If they don’t have to work very hard to ‘convince’ you into an affair, you can be pretty damn sure that they won’t have to work too hard to convince you to ‘wait’, even with no genuine intention of leaving.

Half-heartedly saying “Oh we shouldn’t do this!” or “But you’re married!” when you’re in the process of taking their clothes off or making yourself ‘available’ for a chat and giving them a shoulder to whinge on is already communicating you’re up for it. Many people dodge Cheaters every day – they just say NO to Cheating Crack.

5. There doesn’t have to be anything ‘wrong’ with the relationship or the other person for them to cheat.

Some cheat because the relationship’s almost ‘too good’ and they rebel against it and play hooky. The only reason why you would think like this is because you’re likely inclined to believe that when your relationships don’t work out, it’s down to you.

6. Some rebel against the relationship/the commitment/the ‘safeness’ to feel less vulnerable and increase control.

If there’s problems or they have unexpressed anger, for example to their current or past partner or parent, cheating is like rebelling and punishment letting them feel in control. If underneath they have low self-esteem and are married to/involved with what they know is a great person that loves them, they’ll be scared of living up to those expectations and will undermine that image of them to lessen the vulnerability. They may privately feel disrespect that they get that love, being irrationally angry with you (if you’re the ‘main partner’) for not seeing that they’re not worthwhile and as a result giving themselves license to cheat because of your ‘stupidity’. In turn, while they’ll initially feel better in the affair, they’ll then lose respect for the Other Woman/Guy wanting them too.

7. Some cheater’s enjoy the risk and believing they’re outwitting everyone.

I mean come on now – only the most deluded of people would shag around left, right, and centre, send sexts, rude pictures etc and actually believe that they’re not going to get caught.

8. But don’t get things twisted and believe that the ‘risk’ a cheat takes is indicative of how deep their feelings run for you and how they can’t resist you.

9. You’ll notice that when a cheat says they’re going to leave, they’re never in a position to do it immediately.

They’ll say they need more time, the right moment, and to get some stuff organised. They’re stalling. If they really had to leave, the affair would never have started in the first place.

10. You’ll also notice that when you tell them that it’s over, they never say “Oh OK then!”

They’ll convince you to hold on, up the ante on pursuing you and Future Faking, or they’ll back off a bit and then try to slink back in when they think you’ve calmed down.

11. Be careful when you hear the magic words “You know where I am if you ever want to start up again.”

They think you’re the type of person that keeps going back to the relationship crime scene. That and they’re also telling you that an affair is all that’s on offer.

12. Even though they take the piss and risk their main relationship, they’re very image conscious and so will often be more worried about their peers finding out than they would their partner.

They likely think they can talk them around but they’d like to keep their public image intact. Don’t believe me? This is why super injunctions exist. I’ve heard from readers who have been threatened by the Cheater, or they’ve gone around trying to talk charm the Other Woman/Guy’s colleagues/friends/family.

13. The Cheater that slags off their partner will slag you off too.

14. If you’re who they have an affair with, you have a pretty good window into how they manage problems and intimacy – by shagging around and having an affair.

There are many ways to solve problems in relationships – cheating isn’t one of them. If you’re who they’re cheating with, keep in mind that if you experience issues, you’re going to experience similar behaviour.

15. If you stay with a cheater, they privately and sometimes openly lose respect for you.

Even though they may be like in a dog in a manger trying to stop you from being with someone else so that you remain an option, most cheaters will have your cards marked because people who know their value don’t tie themselves up with someone that’s unavailable and cheating.

16. Cheaters are scared of leaving their relationship and of letting go of the affair for fear of making a mistake.

They want some guarantees, so they do neither, not realising that this is still a mistake although in their mind it’s not as great a mistake as the others that they’re avoiding. The deception is their way of minimising the opportunity for the mistake which gives them the best of both worlds.

Cheaters being as lazy as they are decide even if it’s subconsciously, that if the Other Woman/Guy is that great, they’ll leave and if their main partner is so fabulous, they’ll stop. As usual they dodge responsibility.

They either hope they’ll get caught and if they don’t, they ‘allow’ the guilt to overwhelm them so that it gives them the excuse to end things in a big dramatic confession – sabotage! And lazy!

18. Cheaters put the Other Woman/Guy on layaway.

On paper they possibly recognise that you’re a great person so by getting involved with you (and probably blowing smoke up your arse with some Future Faking and Fast Forwarding), they take you off the market and put you behind the ‘counter’ with an option to buy, which they may never exercise. Unlike TK Maxx, affairs often have no time limit, so you can languish away on the shelf while they go about their merry way, sometimes throwing a few crumbs in to top up the layaway. You catch my drift…

Are you worried about being 'good enough' for something you don't want or are not even doing?
Mini Video: Don't Allow Exes to Keep a Foothold in Your Life or Demote You to Booty Call
Upgrading the Level of Commitment: When commitment schedules conflict
Share this...