Advice: What’s the difference between emotionally unavailable and he just wants to break up? 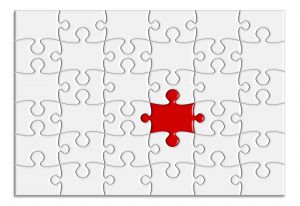 How can you tell the difference between a guy who’s emotionally unavailable and a person who simply decides to withdraw and breakup because there wasn’t enough there to make it a long term relationship? How do the two differ?

I’ve had my brush with a Mr Unavailable already – and it really broke my heart. I just want to learn the difference between the two situations and not jump to assigning the “emotionally unavailable” tag to a guy just because things don’t work out.

I really hope that I can learn the difference.

NML says: This is a bit of a grey area.

The type of guy that is described as emotionally unavailable tends to be habitually like this, irrespective of whether they profess to want to be with you or not. They are unable to access their emotions and will appear disconnected. Their words will not match their actions and they’ll blow hot and cold with you so that they keep control of the relationship and manage your expectations down over time. Because they blow hot initially, they give women like you a glimpse of what they could be if only they weren’t so screwed up. But they are what they are.

Mr Unavailables tend to have a multitude of obstacles that are ‘out of their control’ and prevent them from being available for relationship duty and eventually when they run out of excuses, YOU become the obstacle.

What you always have to lo ok at is:

Breakups aren’t easy and men in particular have a habit of trying to avoid being the one to deal the blow to the relationship, for fear of being regarded as a bastard. They would rather behave like an assclown in the hope that we will get sick and tired and dump them. Or they withdraw.

Mr Unavailables have narcissistic tendencies. Much of what they do is one great big ego massage and they need attention from women. They always like to have a girl to fall back on and the prospect of being totally on their own without the possibility of swanning in and out of your life is a big struggle for them, which is why they don’t break up – they just disappear..blow cold, blow lukewarm, whatever, but they keep their options open.

If your guy has displayed any of the classic signs of emotional unavailability, then it is likely that this is him. If you can say that you’ve had a pretty normal relationship, that you yourself haven’t actively pursued and been with Mr Unavailables, and that things just haven’t worked out, then he’s not him.

We can’t regard every man that wants to break up with us as a bastard or emotionally unavailable. Yes they might well be one or both of these things, but if he is honest enough to tell you where you stand and has decided for whatever reason that the relationship isn’t working, that is his prerogative. It’s not nice, it’s not pleasant, but it’s real.

The proof will be in the pudding of what he does now that you are broken up. Mr Unavailables love to dip in and out of our lives. They like to call to see how we are, sniff around us looking for sex, make a lot of noises about how much they like us and how the timing was wrong and blah, blah, blah, and then go off again. They tend to be indecisive. Their actions rarely match their words and we will often end up being more miserable than we were before they came back into our life.

They key things that you should know for understanding whether you are in a relationship with good prospects:

The difference between Mr Unavailable and the guy that just wants to break up? It’s a blurred line. Only you know whether you were with a Mr Unavailable in the first place, and once you know that, you have your answer.