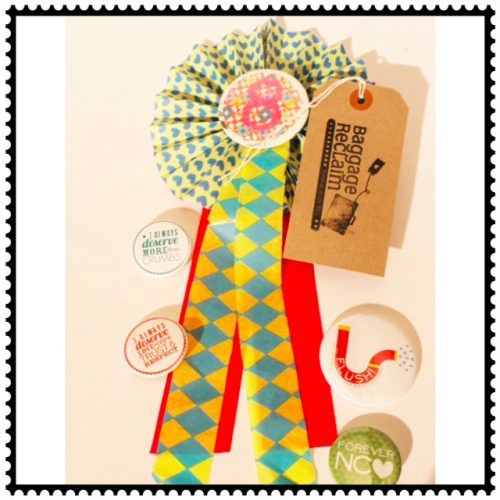 I’m so proud to say that Baggage Reclaim has been going strong for eight years. Happy birthday!

When I first embarked on this journey, I was in the early stages of an awakening about who I was and why I’d been doing what I’d been doing. Less than two months before, I’d realised that I was in another barely there relationship where I’d lost my ability to speak up for myself and ask what the chuff was going on, or make my boundaries known.To add to it all, I’d found a lump in my neck on my 28th birthday, been told that I had to go on steroids for life and then grappled with the alarming realisation that I’m the only person that shows up to each and every scene in my life.

I thought that it was ‘just me’ who seemed to gravitate to ambiguous relationships that started out hot and then shifted into lukewarm and cold. Up until that summer, I’d assumed that I was having not only a very extended run of bad luck, but that something about me turned available guys into unavailable ones and brought out people’s shady sides, which in hindsight I realise is inverted ego issues, after all, not everything is about me! I knew I had daddy issues, mama issues, and that I just wanted to be rescued. I knew that I didn’t like me very much and writing my then personal blog had proved to be cathartic and I was seeing me in a different, more compassionate light. When I casually referred to my realisations about my issues, I wasn’t prepared for the outpouring of ‘me too’ from people all over the world and it still continues to this day.

I’m not alone and neither are you. If you think that you can’t overcome a difficult childhood, parents with alcoholism and other addictions, abandonment, feeling like the odd one out, being taken advantage of and abused, not knowing who you are, being trained to suppress your opinions and feelings, being bullied, hurt, rejected, repeatedly criticised and berated, failing, poor choices and the list goes on, you can. I’m not saying that it’s easy but don’t let that stop you because I can assure you that it’s a damn sight easier than trying to get other people to fill you up and trying to right the wrongs of the past.

You have as much of a right to be here, to a future, to opportunities as anyone else. It’s never too late to choose you.

There was a time when I thought that I’d end up worthless and good for nothing, a tape that had been playing since my childhood. I thought that my past excluded me from the option of a happier present and future. I figured that I, my past, the whole family history thing, was too effed up for me to go down any other path except for pain. There is another path. There is another way.

Being seriously ill all of those years ago and pursuing other options, forced me to be more open minded. I’d been inclined to be more ‘fixed’ in my thinking than I’d realised, with an unwillingness to deviate from the idea that I had no worth and that I was doomed. Realising that I couldn’t and wouldn’t be able to help myself if I clung to thinking that hadn’t been serving me, forced me to open myself up to other possibilities and see the world, instead of seeing the world as a reflection of me. What was the worst that could happen? That I’d learn something new and like myself a bit more? That I’d be responsible for my own happiness instead of feeling powerless through my attempts to control the uncontrollable?

Eight years on and I’ve grown and so has Baggage Reclaim and the wonderful community of readers that I share my journey, insights and observations with. Currently read by well over half a million people per month, I love that BR, my message and the often straight no chaser comments from readers, is making a difference all over the world. I hear from readers in far flung places, big cities, towns, villages, and even countries where BR is banned. I love that many of you send me emails to let me know how your lives are going and that so many of you are discovering the great you that’s always been there and that you’re going on to find healthy relationships, to finish that book you always planned to write, to start new careers, to pursue your education, get married, go travelling, have babies including fostering and adopting, to start new businesses, rebuild old relationships on new foundations, and are getting more adept at flushing shady behaviour and distancing yourselves from shady situations and people.

Thank you for helping to make Baggage Reclaim what it is and for being a huge part of why I’m able to do what I love. I’m very blessed and I feel as if this is what I’ve always been headed towards. I look forward to discovering what else lies in store for me.

It’s the end of my summer holidays – boo and yay! I’m pooped like I was at the start of the holiday but I did have a fabulous time. No, I didn’t get to do everything that I wanted to do but I probably would have needed a few more months off for that. I feel mentally rested though, which is the main thing and I really appreciate everything that I did do.

Dating Reflections of Your Father (part 1): The One Where I Share My Story
The truth about 'Nice Guys'
Cheaters: When You're The Suspicious Girlfriend/Boyfriend - Are They Cheating On Me?