I’m Successful! Why Am I Still Single? 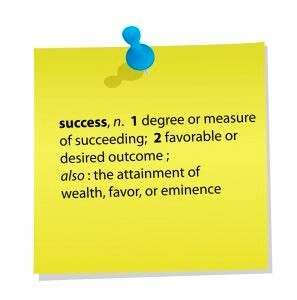 Being successful is something that most of us strive for in some, way, shape or form. Success means different things to different people and sometimes, it’s driven by an indefinable reason that you just can’t put your finger on. You just know that you value something, it’s important, and you won’t feel ‘successful’ or content until you attain that specific measurement of your success. You have an idea of how you’ll feel, what you’ll be doing, and thinking about it may evoke a yearning sensation…or one of frustration and disappointment that you internalise and give yourself a hard time about it. It can throw a cloud over everything else to the point where you’re no longer enjoying life because your ‘failure’ is holding you back. Particularly when you feel like you’re being successful at other things which you thought would make it easier for you to meet a partner, it can be incredibly bewildering.

This is why, right now, there are millions of men and women who in spite of the fact that they are successful in terms of other areas of their lives like friends, family, professional achievements, they feel unsuccessful because they are not ‘successful’ in the one area that truly counts to them – relationships.

Here’s the thing: Being ‘smart’ in other areas of your life and it enabling you to be successful at those areas is not the same as being relationship smart.

I don’t doubt that many Baggage Reclaim readers are very intelligent, but being good at maths, closing business deals, managing people, being a marketing or PR whizz, taking calculated risks, or being a great teacher, doesn’t translate directly to relationships, especially when the heart and libido are involved.

I was contacted by a woman who for all intents and purposes was an extremely successful woman. Well educated, great career, own business making millions of pounds, big home, kids, family around her, friends etc. OK, she was divorced and that’s obviously not that easy to deal with, but here’s the kicker – she was dating a completely bonkers narcissist who was bouncing between her and his ‘ex’ wife. When she was dating him, she was dating other dodgy guys. Let’s just say that her taste in men was not in line with other areas of her life…

A lot of women in particular complain about the fact that they’re success is hampering their chances of meeting someone. I also know there are a lot of guys who in spite of their success, because they are not perceived to look the right way and may even be written off as ‘nice’, struggle to meet women, or the type of women they’d like to be with.

There are a lot of very unhappy successful people.

Many people are driven to be successful because they are unhappy.

Many people are also successful because they totally immerse themselves in, for example, their work, so that they can avoid dealing with other aspects of their lives.

Sometimes we are driven to succeed in an effort to try to prove something to others, potentially seeking validation that we are different to what they thought we would be.

Sometimes we get so consumed by trying to achieve, that we end up defining ourselves based off things that don’t necessarily contribute to how successful we’ll be at a relationship.

I’ve talked about this before when I wrote about overestimating yourself: the consequence of change vs inertia in dating and relationships.

Many men and women overestimate the value of superficial qualities that they possess and undervalue other qualities and values that are far more important to their relationships. This means it’s a lot easier to say ‘I’m really successful and I can’t get a relationship’ than it is to recognise that there may be other things going on within you that may be holding you back from forging healthy relationships with a possibility of going the distance.

The fact that you are successful at work is great, but if you are conflicted within and don’t like yourself, are secretly uncommitted and carrying unhealthy attitudes about love and relationships, it doesn’t matter whether you can click your fingers and have a team of people jump to your beat, can afford to drop a few thousand on a shopping trip, are beautiful looking, or have great friends, especially when in spite of these successes, it’s relationship success that you actually want and value.

To give yourself a strong chance at relationships, you need a decent level of self-esteem, healthy ideas about yourself, love, and relationships, boundaries, values, an awareness about red flags and other inappropriate behaviours, and a recognition of real love, trust, care, and respect.

If you have poor taste in partners, place too much emphasis on electricity, fireworks, passion, drama, excitement, interests, appearance, money, and other superficial qualities, plus are catering to a ‘type’, and seeking compatibility based on the wrong things, you will struggle to make a silk purse out of a pigs ear.

You’re not single because you’re successful. You’re not going to be in a relationship and happy unless tied in with whatever measurements of success you have, you have healthy love habits. You may be single though because you place too much emphasis on your ‘success’, using it to define yourself and are not dealing with other behaviours that could be impacting on your chances because you don’t recognise the importance.

The likelihood is that if you’ve been making some sort of correlation between being successful and your desirability for a relationship, you are not seeing the wood for the trees.

If you place a value on these successes, it’s likely to be mirrored in your relationships where you may place too much value on the wrong things whilst either ignoring great things that you don’t value, or ignoring bad things because it doesn’t suit your agenda.

It is very easy to take your success and spread it across everything as if things that you need to be dealt with no longer need to be. However if you want someone to like you for you and value you, treating you with love, care, trust, and respect, you need to see the wood for the trees and recognise that you are not the sum of the successes you profess to have.

Mentality is behaviour. This is why going out and doing things to be successful doesn’t cancel out the wrong mindset.

If you’re saying variations of ‘I’m successful, why am I still single?’, I’d stop looking at your ‘successes’ and start looking a little bit closer to home to make sure that your beliefs and attitude are in line with what you profess to want. I talk to people about their desires for a relationship, and almost always, there are conflicts that they don’t recognise as conflicts.

If being in a relationship is how you are going to define how successful you are, you need to examine that desire and make sure that you are doing everything that you need to be doing to make it happen. Make sure that you’re also being realistic about your perception of what you expect that success to do or feel like. There’s nothing wrong with wanting a committed relationship, but if you define success as meeting someone who makes you feel like and be, something that you are incapable of feeling and being for yourself, you may be setting yourself up for disappointment.

I know a lot of people define their lack of success by their relationships. The expectation is that when they meet that person, they will feel good about themselves – they’ll be completed. But we can still be a complete person before we get the relationship. If we don’t like or love ourselves, even if we do meet someone, we won’t make a success of it because we won’t believe that we deserve it. We may sabotage it, or be drawn to people that confirm the negative things that we believe, keeping us further away from that success.

You also have to ask yourself, is this your only measure of success? It’s good to have a dream but it’s also good to be able to keep things in perspective and appreciate, embrace, and enjoy the other areas of your life, otherwise it’s a bit like putting your life on hold and tingeing the rest of your life in sadness. Addressing your perspective on yourself, love, and relationships means that instead of working harder at all those things that you think already make you successful, you’re making sure that you are relationship smart and relationship ready so that you don’t end up inadvertently sabotaging your own chances at success.
Your thoughts? How important is a relationship to you? Do you let being successful define you?

Get Out of Stuck! Getting Your Power Back In & Out of Relationships (Part 2)
Getting Blinded By Your Principles
Guest Post: Tips For Avoiding Mr Unavailables on Dating Sites