Advice Wednesday #5: My Ex & I Are Very Close (Includes Nude Sleepovers)–Why Does He Sleep With Everyone But Me? 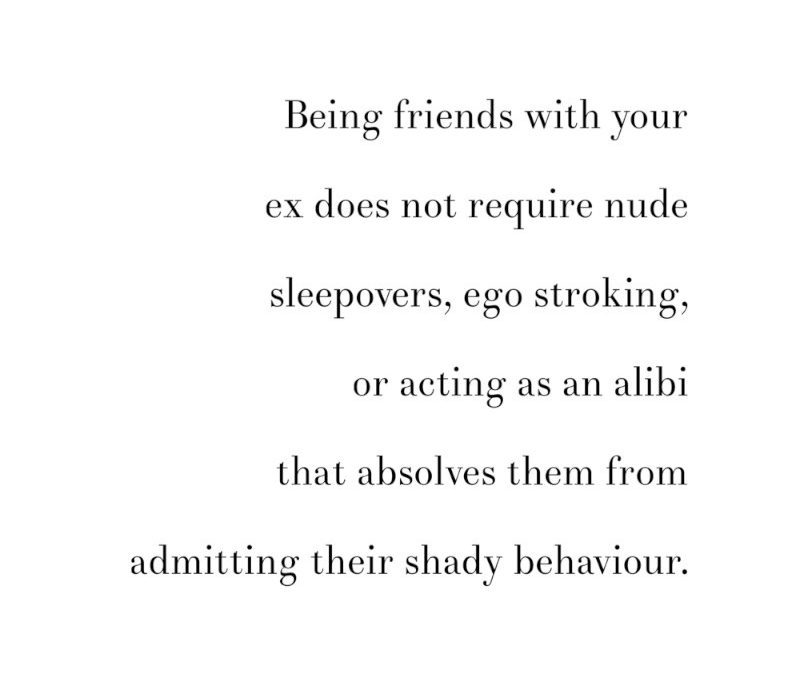 The tricky situation: Kim asks, I pined for a Mr Unavailable for months whilst he let me believe that we were essentially together–same song, different tune, I know. Fast forward–after things reached a breaking point, we agreed to be friends. So, I worked on me and realised that he was an emotional disaster in the first place and not a good match for me anyway, but we have stayed really good friends.

We see each other every day, we talk on the phone multiple times a day, and we have both met our respective families and friends. We easily sleep in the same bed (mostly naked, without sex), and I know almost everything there is to know about him. We live in each others back pockets, and any time we have argued he makes himself sick with worry over losing me from his life (I seldom anger unless there is a very critical issue on the table).

Anyway, we have all these good things between us, but it is still hard for me to feel so rejected and overlooked. I guess I feel kind of ugly because he will sleep with practically anyone at all except for me and we have connected on so many levels but he can’t see his way through to anything romantic. I have held it together thus far, and he really is a close friend, but I keep doubting myself and wondering why this man values me in every other way except romantically.  It’s really hard, and I am afraid that I cannot continue at this pace. Am I doing the wrong thing by keeping him in my life? It doesn’t seem fair to punish a person because they do not view me romantically…I have been at the receiving end of that dynamic for most of my life. I don’t know what to think or what to do. Is there any way you can shed a bit of light on what my next steps should be?

In the words of Whoopi Goldberg’s character Oda Mae Brown in Ghost, “Kim, you in danger girl”. Your ‘friend’ is, as we say here in England mugging you off. Imagine you purchased a car from me and discovered that it was faulty and not as described, and I said, “Kim, I’ve been an assclown. I’d hate to lose you. I’ll make things right–I’ll replace it”. You and I hang out in it daily–sometimes we drive around naked without touching, and sometimes you park up while I mess with other women. I keep telling you how I’d hate to lose you and even though the car is playing up, you keep pushing down your concerns and your annoyance. Eventually you realise that I’ve done a superficial fix of the old car and spray-painted it a different colour and called it ‘new’.

You’re also screwing you over.

He’s enjoying all the fringe benefits of a romantic relationship minus the sex while he gets to go and throw his willy about elsewhere. You don’t think that some of the other members in his harem are wondering why he only sleeps with them but you everything else? This guy has it made! He’s play-acting at a relationship and playing you all off against each other.

The truth is, you know what’s going on here but you’re pretending that you don’t and attacking your self-worth. This is denial paraded as naivety.

He’s bang out of order but until you own your part, you’ll be playing Girl Who Doesn’t Have A Clue, while feeling as if this is something he’s doing to you. This is a painful situation… in which you’re an active participant. You have a choice in setting the boundary lines of your friendship and if you’re 100% honest, you’ll see that you’ve seconded yourself to this ‘friendship’ in the hopes of eventually taking up a title relationship where you are The Good Girl Who Made Mr Unavailable Change His Ways. This is not a friendship.

You’re taking what you’re doing to you and calling it his behaviour.

Let me tell you something:

Out there right now, there are millions of women—and that’s without getting into all the ones who have come and gone before us—who sleep with people, hold their tongue, continue in awful relationships, because they’re afraid of not being ‘nice’ and ‘punishing’ that person for not wanting the same thing. “Ooh, you want sex and I don’t? Oh there there. I couldn’t have you suffering a hard-on with nowhere to put it just because I don’t want to have sex. Forget what I want.” Cue squeezing eyes shut, making noises in the right places (because we don’t want to ‘punish’ them by not acting as if it was the most spectacular sex ever), crying self to sleep and being haunted by shame.

Here’s how it goes with romantic interest: Either two people have it or it’s doomed. Like dating, romantic interest is guesswork initially but also, romantic interest has no bearing on how compatible you are in actuality. Interest is not a contract and over time, one or both can acknowledge that there is interest but you each want different things. Both people are free to leave at any time. Friendship is not owed as the consolation prize. You choosing not to be friends would not have been about punishing him; it would have been about acknowledging that logically (mostly) you know that he’s not the man for you but emotionally, you’re still into him. Out of respect for him and yourself, you step away from friendship so that you have time to grieve the loss of your hopes and expectations and to gain perspective. You’re also projecting your experiences–ascertain what being ‘punished’ for not being interested means to you? If someone decided not to hang out with you after you didn’t reciprocate their feelings, that’s called respecting theirs and your feelings. We all need time to process rejection to move on from that lack of interest so that we can be open to someone who is.

You can see umpteen reasons why you shouldn’t pursue a relationship with him but you’re  insulted that a guy ‘like him’ isn’t breaking himself to be with you. It’s, I Can’t Believe They Don’t Want Me Syndrome.

You’re also conflating romantic interest with purely sexual interest so now you’re objectifying you and these other women. You haven’t realised yet that because you’re great, he would rather have you on some [manipulated] terms rather than none. Too scared and self-involved to be with you, too scared and self-involved to not be. Now he’s put you on layaway so that no one else gets near you–you do realise that you’re unavailable now? Who’s gonna be cool with dating you while you have a Relationship But Not One with your ex? 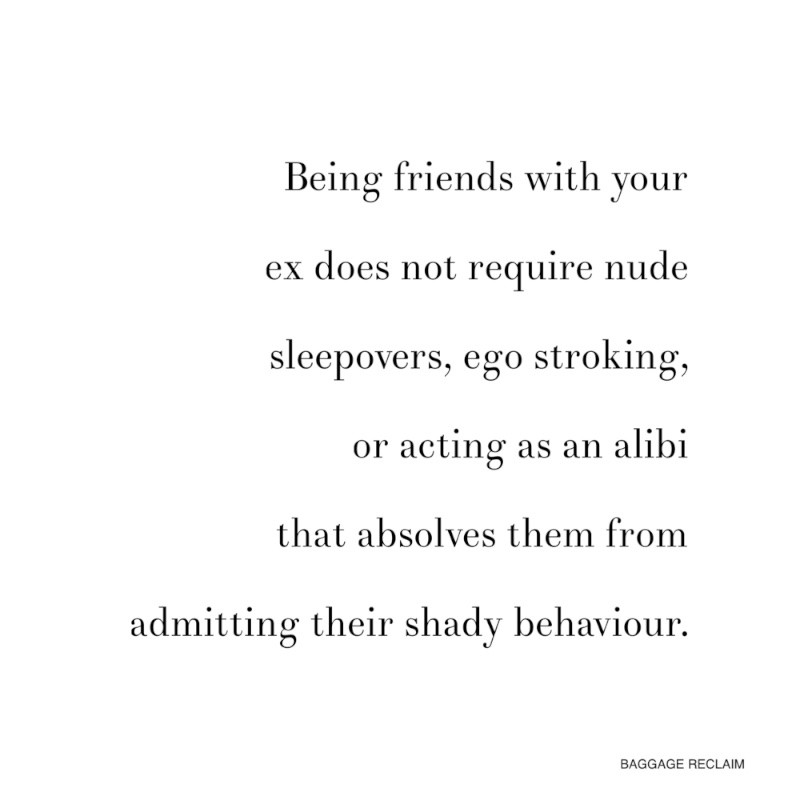 He wants a Madonna beard (a woman he treats ‘better’ than all of his other women ‘The Whores’-I really feel for you all) that he can parade around to his friends et al and reassure them and himself that he’s more OK than he is. You’re his alibi.

It’s not your job to make him a better person and you are over-feeling–taking responsibility for his imagined potential feelings from exiting this faux friendship and fearing that his house of cards will tumble. It’s gonna tumble anyway. Stop throwing you under a bus for him.

Spend some time evaluating what you get out of playing Queen of the Harem and competing with other women. Look in to your past and compare your angst now with other situations so that you can zone in on what this is really all about, including compassionately investigating, alone or with professional support, where you developed the habit of care-taking wounded partners–where did this pattern of codependency originate? Who’s the person in your pattern that you’re really afraid of ‘punishing’? You say you seldom anger? It sounds as if you have a pattern of disguising and denying anger with confusion and people pleasing.

Most of all—own your right to choose what you do and don’t participate in. Sure he’s going to be let down but if it’s a choice between loving you and catering to his ego, choose you. Next step: End your friendship with compassion and grace and time for the self-care of No Contact.