Florence Nightingale: Why needing to fix/heal/help in the name of love is unhealthy (P1) 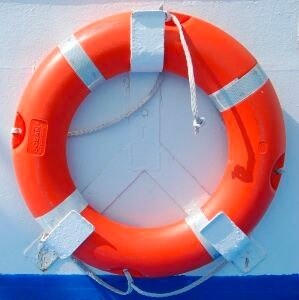 A couple of days ago I wrote about Florence Nightingale, the woman who chooses her relationships based on the opportunity to fix/heal/help. She needs to be needed and it gives her a sense of control, plus being with someone who in their eyes has issues or is ‘broken’ proves to be the perfect foil to hide behind with her own issues. Often without any ‘malice’ intended, this style of ‘loving’ stems from her own unresolved pain and misguided ideas about what loving someone involves.

Now I want to stress, I’m not suggesting that people should not ‘help’ people that they love and care about, but just like when overgiving and ‘overhelping’ can cross boundaries with friends, family, and even colleagues, it’s even worse in a relationship.

Some people will say ‘What’s wrong with wanting to fix/heal/help someone?’ Er…plenty!

You see, if you can only be with someone on the basis that you perceive them to ‘need’ you and that you then get the opportunity to fix/heal/help them, it creates a very unhealthy balance and dynamic in the relationship.

I have come across so many women who were ambivalent or flat out uninterested in a guy until they determined that he was ‘broken’ or that in their eyes, there was something to pity. Suddenly, someone who five minutes before they’d been pondering whether they were wasting their time, or composing a way to let them down gently, sits up and pays attention.

What other people with healthier love habits would see as sympathy, pity, and in some circumstances empathy, they see it as an opportunity to rescue. In fact, I know some women who are the relationship version of ‘ambulance chasers’, picking up every waif and stray of the dating world, and like an architect, builder, and interior designer combined, stripping the man down to bare basics, and remodelling him mentally and then setting to work through actions and verbal.

Florence Nightingales are buffers, fluffers, gap fillers, nurses and human airbags and so in order for you to fulfil your role and feel that you have a purpose, there needs to be what you perceive to be a gap, a gaping hole, or an outright wreckage.

The whole premise of being a Florence Nightingale means that the relationship only ‘works’ for you if you are needed and are fixing, healing, helping.

It’s a gamble and the idea is that you are rewarded with their love and loyalty, plus on top of this, there is either the quiet, or even not so quiet expectation, that in exchange for your ‘love’ and bringing ‘so much’ to their lives, that they change to show how much they love you. They should be almost ‘grateful’ for your input and for some, being ‘grateful’ also means not creating conflict even when it is warranted, because after all, you ‘could’ be with someone much better.

Being a Florence Nightingale is about making a decision, whether it’s on a conscious level or not, to be involved with someone because you perceive them to need you.

This makes the relationship flawed and on borrowed time, and also quite unhealthy from a co-dependent perspective.

For a start, relationships that have a genuine chance of growing and prospering require acceptance and common values.

You don’t accept the person as they are. It is an inherent expectation that the person must change because they are ‘in need’, based on how you see it – you’re assuming that how you see things is ‘right’ and that your solutions are the ‘right’ and the ‘only’ ones also, after all, if they had other options, you’d let them explore them and not decide that you have to be central to their change.

If that persons issues impact on how they conduct their lives, they have fundamentally different values which means you are trying to impose values upon that they don’t possess, and may have no desire to possess. You look at them and want to shake it up and have them adopt your values because you see them as wrong – they may well be wrong, but it doesn’t give you a right to make them change.

This person would not be attractive to you for a relationship if he didn’t have issues. What does that say about you?

The dangerous element also kicks in with these relationships because it becomes a weighty, passive aggressive struggle in some of the worst instances to get the person to shift to where you want them to be. You’re then met with resistance both passive aggressively and direct aggression – rebellion.

What you don’t consider is what if the person actually does change and they don’t ‘need’ you? What then? Are you going to sabotage them to get them back to needing you? Are you going to create needs that don’t exist which may push them away? How is this going to work?

What if the thing that you take pity on is not an issue per se? So for instance, what if they’re not ‘broken’? What if, yes, they’ve experienced some difficult and painful things but they’re dealing with, or have dealt with them? Let’s even say it is an issue but they’re unaware of it but you’re suddenly telling or conveying to them that they have a problem?

What if there is no problem and the problem only exists in your eyes?

Nobody wants to be pitied, whether you convey it or not, so there are guys out there involved with Florence Nightingales that may not realise that they are pitied.

Readers have emailed me and told me how they fell for their guy when they heard about bereavements that these guys had experienced, problems with an ex, losing children etc. These are all very difficult and sad things, but to your own ears, doesn’t it seem very odd that a person becomes attractive because they have something to be pitied?

In each story, I read about how they immediately saw where they could fit into these guys lives and imagined themselves being loved and people thinking ‘Wow, there goes X. Look at what Y has done for him.’ They thought ‘I can do a lot here’ or ‘Wow, he’s got a lot of problems…OK I think that I could really help this guy’.

Much like when someone gives to receive, this is a screwed up type of giving because the idea is that you improve them and you get back the love and validation that you need. If you genuinely had their best interests at heart and they genuinely needed help, you wouldn’t have to be a part of that help and you wouldn’t be seeking validation from it.

What hasn’t occurred to many Florence Nightingales is that people don’t want to be pitied or slapped down with an IOU or dodgy terms and conditions. They want to be loved and accepted.

Everybody has baggage of some sort. Hell anyone reads this knows that I have baggage, but I have it managed to hand baggage level. I didn’t come into my relationship wanting the boyf to feel sorry for me because my father wasn’t around when I was growing up and I had a fraught, often crazy relationship with my mother. I didn’t want to define myself on my old hurts or experiences and I certainly didn’t want to be pitied or have someone think ‘God, she must be really f*cked up – I’ll make her life better’.

We’ve both had things happen to us in our lives but they’re not reasons to be with one another and they don’t create opportunities for either one of us to fix/heal/help. He has empathised and when needed he’s sympathised and vice versa, but problems or no problems, we have similar values and accept one another – we’re under no illusions and neither one of us is trying to drive change in the other.

How do I know what it’s like for these guys? Because a couple of my exes, in realising certain things about me, my experiences, and seeing some of the drama play out, felt sorry for me. They looked at me with, for instance, what they deemed to be my screwed up family situation and even though they may have been attracted to me because I seemed attractive, smart, independent, outgoing etc, they realised that they could make a difference in my life by seemingly ‘loving’ me because they believed I was broken.

One told me ‘Nobody is going to love you the way that I love you’ and he kept psychoanalysing me and telling me what he thought was wrong with me. The message became ‘Be grateful I’m with you because I could be with someone who I didn’t think needed so much work to them’, so I believed that there were a lot of things wrong with me and that I must do as he expected and found myself being controlled and having someone tell me what I should be thinking, feeling, and doing. I kept saying ‘Sorry’ and ‘Thank you’ all the time…

Eventually, the fog started to clear and I suddenly started thinking ‘Who the f*ck does this person think he is? He’s looking down on me and I’ve been looking up to him like his sh*t doesn’t stink and as if he is the Messiah, who’s come to make my pitiful life so much better. He has issues and in fact, some of these issues are very serious so where the hell does he get off making out like he’s perfect’. And so the rot continued to set in and as I started to be real about myself, and acknowledge that yes I had issues, yes my family seemed to bring drama, and yes I needed to deal with it, that didn’t make this person or the relationship right for me.

I didn’t need another father, least of all someone who consistently conveyed that I wasn’t good enough and that if I didn’t do as he expected that I wouldn’t be accepted. That’s not love.

The proof was that the more I regained my sense of self and strength, is when he started behaving like a true assclown and creating conflict to try to knock me down and have me need him. When it became apparent that I wasn’t going to need him in the way that he wanted me to need him, he created conflict to make sure that I ended it.

One of the things that defines Florence Nightingale with her fixer uppers or The Walking Wounded, is that she doesn’t see her own issues in a realistic light and tends to see other peoples issues as being greater than hers.

It’s not healthy or authentic.

Dog In a Manger - When they don't want you but don't want anyone else to want you either
Why Affairs Are Like Being Double-Crossed In A Heist
Guest Post: Real Life - I Married a Serial Cheater
Share this...