Florence Nightingale: Why needing to fix/heal/help in the name of love is unhealthy (P2) 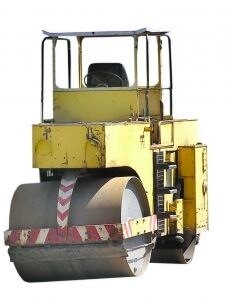 Over the last few posts, I’ve been talking about the tricky subject of being a Florence Nightingale who uses fixing/healing/helping as ‘loving’ because she needs to feel needed. A difficult subject, especially for those of you who don’t want to give up your nurses uniform and shift your position, the reality is, if you’re in this role, you’re reliant on there being varying levels of drama in your relationship so that the ‘need’ can be created.

As Florence Nightingale, you need your partners to be dependent on you for help, whether it’s that they say they can’t manage without you, or you decide they can’t manage without you and you position yourself as their ‘helper’. I’ve spoken with/met several Florence Nightingale’s recently and aside from all being over-understanding, over-compassionate, over-forgiving, and heavily invested in the extreme makeover and the potential, the relationships were all one-sided and/or co-dependent.

One-sided – You’re there even when he’s not there and you’re using the glimmers of good times and their ‘good points’ and covering up the remainder of the time. The relationship may be casual, it may not even be a relationship, or it might be, but he’s realised that you’re not listening and you’ll be there anyway. Check out my post on Yo-Yo Girls and boomerang relationships.

Co-dependent – You’re basically mutually dependent on one another in an unhealthy manner and one enables someone’s destructive behaviour and/or their addiction.

Either way, these are seriously unhealthy characteristics for any relationship.

You can find out everything you need to know about a person and your relationship by taking off the fur coat of denial and the rose tinted glasses and paying attention to their actions (or lack of them) and what they say (and don’t say) and recognising when they line up, or where there are disconnects. However, in order to be real about what you’re involved in, you need to be listening and watching, plus you also need to be honest with yourself about your own behaviour. Florence Nightingale has no time to be listening or watching as she’s too caught up in her ideas about how she thinks he can be, how she’ll feel etc.

But…you’d think that when these people you’ve chosen to fix/heal/help become healthy that you would be happy, but more often than not, you’re anything but happy. Why?

If you fix/heal/help someone and you have not resolved the very issues that drive you to choose these relationships, you’ll get left behind, your own issues will seem more obvious, and if you persist in not being willing to change to the same extent that you expect of him and others, you risk also being a sore reminder of the unhealthy or ‘broken’ person that they were before.

Invariably, the very people who say that they want partners who are open to change are resistant to change themselves. By choosing partners who they perceive to need changing, they take the focus off themselves and put it on other people because they believe their problems to be bigger than their own.

If you stick to your Florence Nightingale role and show a resistance to change, it shows a distinct lack of authenticity and a disrespect of the very people you profess to love.

When we seek out partners, we need to choose people who share common primary values and anything that we are seeking in others are values that we ourselves should possess.

The trouble with being a fixer/healer/helper, is that the role expects the people who you make your cause to put you on a pedestal and whether it’s consciously, or subconsciously, you end up having a superiority complex. This may also mean that you don’t see your qualities or contributions to relationships accurately because by choosing ‘broken’ partners, you’re assuming automatically that what you bring to the table is bigger and better, when in actual fact, you may be ignoring real issues that are counterproductive to you forging healthy relationships.

If who you want to get involved with, is dependent on you perceiving them to have more problems than you that you can fix/heal/help and hide behind, you have some big problems and a very unhealthy basis for starting a relationship.

But, in spite of the unwitting superiority complex, in a strange twist, you may also put the object of your fixing/healing/helping on a pedestal, betting on potential, being too compassionate, too understanding, and ‘loving’ without limits – yep, little or no boundaries.

The thing is, ‘broken person’ or no broken person, putting someone on a pedestal and focusing your efforts on what you believe them to be or what they could be with some help from you, means you end up blowing smoke up their bums and have an unrealistic relationship – yep, illusions.

They’re like Play Dough or clay and you’re not seeing the real person in front of you and having a real relationship – you’re seeing who you think someone will be and what they will do with your influence.

You also need to be careful of being an enabler. It may seem like you’re being ‘understanding’ and caring, sharing, and loving like a Care Bear in unconditional love land, but you may actually be adding to the problem, trying to split their dependency or switch their dependency, and in the worst of situations, not really understanding the extent of the problem so minimising it, or taking it into disaster zone by actually taking on the problem yourself. Again, I hear from women who have ‘acquired’ drink and substance abuse problems in a ‘if you can’t beat ’em, join ’em’ mentality…. In other instances, you may be bulldozing into their life, in effect demanding that you take the priority – prove how much you love and care about me and choose me instead of the problem.

When you’re involved with an addict for instance, the priority, if they want to deal with their addiction, is to focus on dealing with the addiction, not to give you an opportunity to be needed so that you can get validation. It may be overwhelming for them to be dealing with an addiction and feeling the pressure and weight of expectations from a ‘well meaning’ Florence Nightingale.

It is one thing if you have been involved with someone in a relatively healthy relationship for a few years or even many, and they end up going through personal difficulties – you have a basis and a foundation to your relationship – you actually have evidence that they have consistently been a particular way for a long time and are currently struggling.

But choosing to be with someone because of the opportunity to be ‘needed’ or seeing red flags from the outset of the relationship or early on and deciding to stay because of your need to be needed and seeking validation through getting them to change, is unhealthy and at times, downright dangerous.

Often where there is one boundary crossing/red flag, there are others, so someone can be physically abusive, cheating, drinking, stealing – It’s rarely just one thing. How can we even think to solve all of these problems? Don’t you think you deserve better than this?

Remember: if people don’t believe that there are consequences to behaving in a certain way because no matter what they do, there are always people there championing them and sticking to them like glue, making them out to be great relationship partners, where is the impetus to change?

If a woman will decide to love and be with you, without having any real knowledge of you, or meeting you as a walking bundle of red flags and still think you’re a hot catch, why change? Remember, a lot of guys work off, “Well if I was really that bad, she wouldn’t be with me!’ or ‘If there was something wrong with me, women wouldn’t be falling all over themselves to be with me’.

There are men all over the world who’ve had a Florence Nightingale weave her way into his life making herself indispensable and coming up with suggestions as to what he should do and how, and trying to show him love. He might start out flattered by the attention and even believe in the potential that she sees, and then he’ll start to feel panicked at the pressure. Or he’ll start to feel resentful by her lack of acceptance and when he moves on to someone else, often an improved version of what he was with her help, it’ll be because she accepts him as he is.

For others, they’re the ambivalent guy who has shown that they’re not interested or have no desire to be different, but she won’t take no for an answer because she thinks she knows better and that he’s just ‘not in the right frame of mind’ because of his problems. She sees his wounded little soul and decides it’s the issues he has, not the fact that he doesn’t want a relationship with her, why they’re not together.

And for some guys, they’ll take advantage of the fringe benefits because she’s just one in a long line of women who see way more than he does. He may even tell himself that the ‘right woman’ will cause him to change his ways, even though I should stress, he’s deluded, because the impetus to change his ways has to come from within him. Which one of these women are you?

There will be some of you that have read this and my other recent posts on Florence Nightingale and feel galvanised to make a change and quit the relationship insanity (doing the same things repeatedly and expecting different results), and there will be others, who hear me but are not listening because they the need to be ‘right’ and to be made the ‘exception’ and to avoid being in charge of their own happiness (even though they still will be).

Everything in life is a choice, and while it may seem like it’s them that has you caught up in this situation, that’s giving them just far too much credit and power. Even though it may make you miserable, you are actively making this choice because this familiar uncomfortable works for you, albeit dysfunctionally. You could choose different but you’re afraid of the ‘unknown’ and it’s easier to focus on Other People’s Problems. You can say it’s him, but we’re 100% accountable for where we are and we can always choose differently.

You are free to stay where you are fixing/healing/helping but when you end up in a limited relationship with limited results with a limited person, remember you made a limited choice. If you stay, be accountable for where you are and focus your energy on fixing/healing/helping yourself, and if after all that, you still want to stay, go ahead, although I doubt the relationship will be attractive. If you go, you still need to address your issues so that you don’t repeat the cycle and remember, you can empathise with someone without trying to leap in and provide and/or be the solution.

I'm Not Good Enough - The world through a low self-esteem lens
What's your relationship deal breaker?
Breaking Up and Moving On By Cutting Contact. Part 2
Share this...