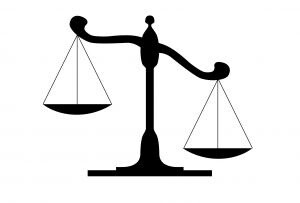 When I was single, there were things I would say about myself when talking about meeting men or what I had to offer. I’d say stuff about being smart, independent, attractive, ambitious, kind, generous, understanding, compassionate, etc etc, something I’ve talked about in Trading On Your Looks & Sex Appeal, I’m Successful! Why Am I Still Single? and Overestimating Yourself: The Consequence of Change vs Inertia in Dating & Relationships.

Now I’m not saying that I’m not these things but there were other things that I was being and doing that were counterproductive to me forging a successful relationship (emotionally unavailable, unrealistic ideas about relationships, commitment issues, thought I was being funny but likely came across as sarcastic etc), plus all of those things that I was saying about myself has nothing to do with being 1) relationship smart, or 2) the wider picture of my past issues.

How you see yourself and your contribution in the relationship may not be real or accurate. Even if it is, the likelihood is that if you have become used to saying and believing certain things about yourself, you may be ignoring things that do create problems for you.

Now I’m not saying that my exes weren’t a pain in the bum, but when I had an honest conversation with myself (something I recommend everyone should do) a few years back and adapted my relationship habits, in all honesty, I was all of the things that I said I was, but I too contributed to why the relationship did not work, and by catering to the dysfunction, at times I enabled poor behaviour.

When we have a pattern of being in dubious relationships, we get very good at believing our own hype, listing off qualities, and dodging the bullet of looking too closely at other ‘qualities’ that may be negatively impacting on the relationship.

I receive emails all the time telling me how they gave a guy everything that he could need and ever want. Or the ‘I’m a great woman. I’m smart, I own my own home, understanding, sweet, compassionate…’ etc. The more they tell me about the relationship, various things that happened, and what each party has said, what becomes clear is that they may well be all of the things that they said, but by the same token, the story they are sharing shows that they too contributed to why the relationship didn’t work, or why they are unhappy.

Here’s the thing: you cannot decide what someone needs.

Much like when you have been involved with an assclown or Mr Unavailable who does things on his terms and tries to make out that it’s what you want and need, it doesn’t feel very good.

This is not to say that what you have to offer is not valuable but if it is not valued and you’re blinded because you’re focused on what you need to give, you don’t grasp what they need and want. When we put aside our own views and find out what the other person’s agenda is and what they need and want, it’s actually a golden opportunity to work out if this is something we want to be involved in.

The disconnect arises because you’re not both on the same page and find it difficult to step into the other person’s shoes. In the typical ‘relationship’ with an assclown or Mr Unavailable, one of you (that’s you) is focused on what you want to give, often expending serious energy trying to prove that what you’re giving is of value, and the other party is focused on what they don’t want to give, but getting excellent return on little investment as they enjoy the overspill that provides the fringe benefits of a shag, an ego stroke, and a shoulder to lean/whine on.

In this situation, when you provide those fringe benefits and anything else they need, you get annoyed because you need more than what is on offer and so can’t fathom why they don’t want more, and keep trying to give more in the hope that they eventually reciprocate what you need. Of course…you end up running on empty.

But even in a relationship that doesn’t involve a guy that’s resistant to commitment but is struggling, you will find that there is a disconnect that creates conflict when you’re not meeting one another’s needs but keep telling one another (or yourselves) that each should want and need what the other is giving.

A real life example is I know a couple whose husband decided that she needed freedom because she’s a free spirit. Not sure where he got that idea from, as she’s not a free spirit and in fact needed totally different things. She didn’t want to be left unattended – she wanted to be attended to.

But…nobody, and I mean nobody, male or female, responds well to being continuously told where they are failing and not meeting another person’s needs.

This is how, for instance, a lot of women end up engaging in Women Who Talk (and Think) Too Much syndrome, where the consistent voicing of concerns, frustrations, anger, wants, needs, disappointments etc via discussions, arguments, Defining the Relationship talks, masks inaction.

If you’re involved with someone who typically wants to do things on their terms and is resistant to commitment and being fully engaged in the relationship, they are the type of person that believes that if things were really that bad and that you’re really not that happy, you would go. The more talking you do, the less they believe that you’re going to take action.

What this all means is that you have a choice: change tack and stop the talking, or get out.

While you may think it’s an option to stay and try to extract change, you’re creating a serious breeding ground of negativity. After a while, any conversations about the relationship are likely to be met with a wall or conflict, especially if when you express how you feel or discuss the relationship, it tends to result from something negative.

This is why I warn of the perils of also suffering with I Can Change Him syndrome and playing Florence Nightingale to the Walking Wounded of this world in my ebook Mr Unavailable & The Fallback Girl – it seems easier to stay and try to get a return on your emotional investment, but you’re trying to force the hand of change and it consistently suggests that you are not happy with them ‘as is’ and are dissatisfied. It’s not to suggest that they don’t have things that ‘should’ change, but people will only change what they want to and you may be prescribing and expecting change that doesn’t ‘work’ for them, plus it’s not up to you to decide what should change, even if you believe you know better.

Getting in the head of Mr Unavailables and Assclowns: If I was that bad, she wouldn't be with me
Dear So & So: Sorry. My heart/libido/ego/imagination says yes, but my self-esteem says NO
'Is He Different With Her? Why Did He Choose Her Instead of Me?' - When You’re Not The One (or they ...
Share this...